Dispelling the myths and rumors about China's digital currency

Every technological evolution spawns a crowd blinded by ignorance A customer tries to pay with the digital yuan at a coffee shop in Beijing in December 2020: the digital currency has been tested in more than 1.3 million scenarios.   © VCG/Getty Images
CopyCopied

In a letter to the U.S. Olympic Committee last month, several U.S. senators suggested that athletes attending the 2022 Winter Olympics in Beijing next February should be aware that the digital Chinese yuan "may be used to surveil Chinese citizens and those visiting China on an unprecedented scale."

For some time now, we have seen such speculations and initiatives by those with overactive imaginations, or even paranoia, about China's digital currency and, often by extension, the entire central bank digital currency sector.

Wading into this discussion is a bit like playing whack-a-mole. So, at the outset, it is important to define what China's digital currency is, and what it is not.

The digital yuan is simply a digital version of cash that has the full backing of China's central bank, the People's Bank of China (PBOC). The difference between the two is that one is physical and the other is digital. Just like paper notes and coins, it is a fiat currency, not a cryptocurrency. Nor is the digital yuan -- or any of the other digital currencies currently under development around the world -- intended to replace China's banking system. No central bank is that silly.

Trying to use the digital yuan for surveillance would be a costly and completely unnecessary measure. If needed, most of the transactions through China's payment system can already be seen by the PBOC, as is true in other countries.

The reason that money launderers and such prefer out of sequence banknotes -- and, increasingly, cryptocurrencies -- is to avoid the long-established ability of central banks to track and detect suspicious transactions in the banking system.

Moreover, the digital yuan features a double-offline transaction technology, in which two users can transfer money in their digital yuan wallets, even if neither has a network connection.

In this case, a digital wallet works just like a physical wallet filled with bills and coins, but with a level of anonymity that does not exist for transactions made through the existing mobile payment systems, which can, at least technically, be tracked to individual accounts. The People's Bank of China is also testing various forms of digital yuan wallets, either apps in smartphones or digital yuan tokens.

Contrary to often-repeated and unfounded concerns, the digital yuan actually adds an element of controllable anonymity to transactions compared to mobile payment systems.

As for the Olympians who will visit China in February 2022, it is much easier to gain access to their mobile devices, or to anyone else's for that matter, through well-established hacking techniques. Furthermore, the use of the digital yuan will be limited to the Winter Olympic facilities.

Olympians will not be able to use China's digital currency outside the Winter Olympic Village, let alone outside the country's borders. Perhaps those lawmakers who wrote that letter to the U.S. Olympic Committee should ask their own national security services, where people well know how ridiculous the "digital yuan as malware" meme is.

As trade between Chinese enterprises and those in overseas locations other than the U.S. increases, it will become natural for the trading parties to consider the Chinese yuan as the basis for settlement instead of taking the U.S. dollar detour. But the key factor driving the yuan's potential as a global medium of exchange or reserve currency is not just the scale of transactions between China and other countries.

More important is the stability of the yuan's value, as well as China's economy overall. The central bank of a global reserve currency must maintain its stability and the confidence of trading parties globally. That responsibility incurs costs as well as benefits. Thus, although the digital yuan may facilitate the internationalization of the yuan, it is not the driving force. 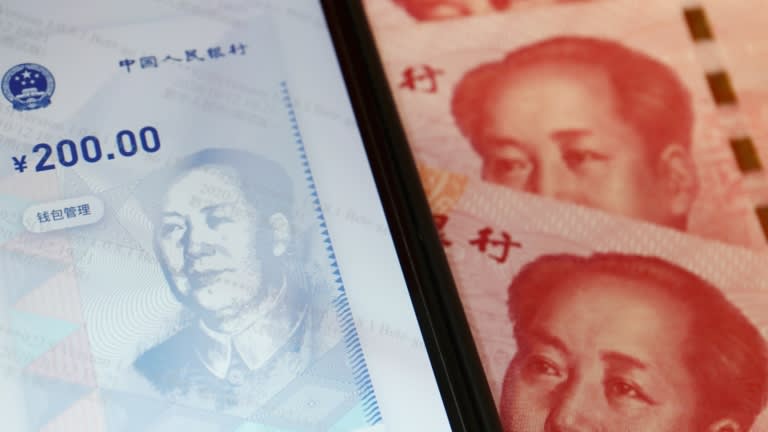 In a progress report published last month, the PBOC reviewed the pilot programs to date, which have reached more than a dozen municipalities in various parts of China.

By June 30, the digital yuan had been tested in more than 1.3 million scenarios, such as paying for utilities, food, beverages and public transport, at shopping malls and government offices. With around 21 million personal wallets opened, and more than 3.5 million corporate digital wallets, there have been 70.75 million recorded transactions worth a total 34.5 billion yuan ($5.3 billion).

Still, there is more to be done. Among the daunting challenges are uncertainties regarding network reliability and security, with fake digital yuan already emerging. While the PBOC is aggressively piloting various scenarios to reduce the uncertainty surrounding the digital currency, it has set a conservative release schedule.

This approach of making robust decisions under uncertainty, validated and advocated by a series of works by two Nobel laureates in economics, Lars Peter Hansen and Thomas Sargent, is critical not only for central banks implementing digital currencies, but also for "digitalizing the financial system or the whole economy."

Every technological evolution spawns a crowd who fear it blindly due to ignorance or bias. Fortunately, the moles that have been popping up here and there, repeatedly, with their largely unfounded concerns about the consequences of a digital yuan, can be whacked effectively with facts and common economic sense.