Does China really want to rule the world?

The truth is that no power has ever achieved global supremacy A giant screen broadcasts a news of Xi Jinping's speech at a virtual G-20 summit on Nov. 22: to imagine that China will rule the world is at best wishful thinking.   © AP
CopyCopied

With China expected to surpass the U.S. as the world's largest economy within the next decade, serious concerns have emerged that China may rule the world in the foreseeable future.

The worry is not necessarily over China's potential power, but that China's dominance could lead to the prevalence of the Beijing Consensus, which is based on the value that a government-defined collective good should take precedence over the rights of the individual, be powered by a "socialist market economy" with strong state intervention, and be governed by single-party rule.

Should this become a reality, then the world would have to adapt to -- if not fully accept -- a way of life that is fundamentally different from the one promoted by the Washington Consensus, where individual rights come before the collective good, the market economy is managed largely by an invisible hand, and is safeguarded by liberal democratic rule.

After all, the perpetual dilemma that we human beings have to live with is of our unlimited desire, hence demand, versus limited resources. Our way of life matters because it essentially reflects a sociopolitical system that determines how these limited resources should be distributed.

But the real question we need to ask is whether China is actually capable of ruling the world, even if it does want to after it becomes the world's number one economy. And in truth, no power has ever really ruled the world.

Consider Spain and Great Britain. Despite their empires on which the sun never set, neither power achieved ultimate ruler status; nor has the existing U.S. hegemon meant untrammeled global power. Still, the U.S. has achieved unprecedented dominance in the world, not just by its might but by providing lasting leadership in the establishment and maintenance of the existing liberal international order.

All the three pillars of this order -- the global political order centered on the United Nations; the economic and trade regimes built around the World Trade Organization; and the world financial system managed by the World Bank and International Monetary Fund -- were established and maintained with the U.S. playing a leading role. Moreover, the U.S.-led alliance system has in a large part safeguarded this global order, and the dollar has been the global currency that has underwritten virtually all international economic interactions.

While the arbitrary unilateralism of the Trump era seems to have damaged the U.S.'s global standing -- and to the existing international order -- the fundamentals of this order remain intact. It is now expected that restoring U.S. leadership will be a top priority of the incoming Biden Administration when it comes to world affairs. 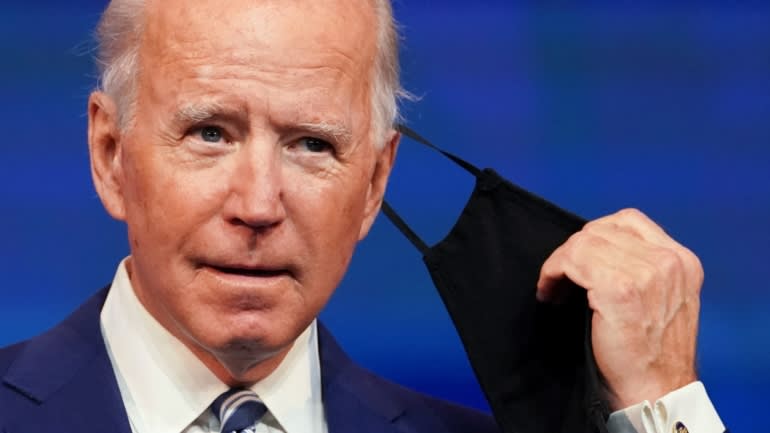 Even if Beijing wanted it, to imagine that China will rule the world is at best wishful thinking. As effective as the Beijing Consensus seems to be in promoting China's rise so far, it has yet to be generally appreciated, let alone accepted, in the world outside China.

Further, it is unrealistic that China could acquire the military force needed to maintain any kind of global dominance in the foreseeable future. That would require not just global-reach military capability -- which remains a tall order for Beijing -- but also a worldwide coalition or, in Beijing's jargon, "strategic partnership" that is indispensable for a meaningful global military presence.

Last, but not least, there is still great uncertainty when, and by what means, China's financial system will open to the world and whether, and to what extent, China's currency the yuan will be upgraded to an international -- or regional -- currency.

But as China is entering the center of world affairs, Beijing's effort to promote programs with global implications, such as the Belt and Road Initiative, the five-nation BRICS grouping, and the Shanghai Cooperation Organization, its advocacy of a community of shared future for humanity, has given rise to a concert of concern for, and resistance to, China's alleged revisionist approach toward the international order.

The real aim of China's revisionism, so the argument goes, is to reshape the existing international order in China's image, and hence in China's favor. This is the main reason why the U.S. abandoned the engagement policy it adopted following the normalization of U.S.-China relations in 1979, and instead initiated "strategic competition" with China.

The essential purpose, in my view, is not to contain China -- it is unrealistic to contain a China that is irrevocably connected to a world to which the U.S. is also irrevocably connected -- as the U.S. successfully contained the former USSR, but to prevent China from transforming the existing international system that is indispensable for sustaining America's dominance. More importantly, it is about protecting the American way of life, which has been established in all democracies and, to varying degrees, has so much appeal for the rest of the world, including the Chinese society.

Indeed, what enables a nation-state to dominate -- if by that we mean rule -- world affairs is not just its hegemonic power but, more importantly, its capability and willingness to establish an international system that embodies its way of life, and around which a strong coalition of nations can be built to sustain this system.

Obviously, China is not capable of establishing such an international system in the foreseeable future, despite a substantial increase in both the role it will play and the influence it will possess in the years to come, if, as President Xi Jinping has emphasized repeatedly, it can manage to "do our own things well" so as to sustain China's rise.

As such, a more productive approach that would benefit the entire world -- including China -- would be to help China adopt the way of life the established world has adopted, rather than wishfully preventing China from further development in a world of which it has become such an integral part.