Does Japan need an equivalent of the CDC to fight coronavirus? Officers in protective gear enter the Diamond Princess to transfer a patient to the hospital on Feb. 7: Japan needs to fix well-known problems in its current system.   © Reuters
CopyCopied

As Japan has passed a thousand cases of the coronavirus, including those from the Diamond Princess cruise ship, and the government has taken drastic action by calling for all schools to shut, some have asked whether the country has the proper scientific infrastructure to respond to a viral outbreak.

In particular, critics have suggested that Japan needs the equivalent of the U.S.'s Centers for Disease Control and Prevention, or CDC, a national agency which can provide expert advice in times of crisis for the government to act on. At the moment, these critics fear that politics takes precedence in decision-making.

What I believe Japan needs is not an entirely new infrastructure but to fix well-known problems in its current system.

Japan already has an overall excellent disaster medical system developed after the Kobe earthquake in 1995, which killed more than 6,000.

There are more than 700 disaster base hospitals throughout the country, specially designated to respond to emergencies. These dispatch disaster medical assistant teams, or DMATs, made up of doctors, nurses, pharmacists, other medical staff and administrative officers.

We have seen DMATs respond well to disasters: not just the terrible earthquake of 2011, but also the 2016 Kumamoto earthquakes, torrential rain in west Japan, the Hokkaido earthquake of 2018 and last year's Typhoons Faxai and Hagibis.

With its shared Emergency Medical Information System for effective response, I do not think any organization other than DMAT could organize a nationwide effort for something involving as many people as the Diamond Princess, which had 3,700 on board.

But a big problem with DMATs is that they are not meant to respond to nuclear, biological and chemical hazards because of the specific knowledge and skills required. It was only when the Ministry of Health, Labour and Welfare pressed DMAT to respond to the coronavirus incident on the Diamond Princess that they got involved.

The combination of DMATs, the fire department, the Japan Self-Defense Forces, quarantine officers and experts in infectious disease did their best to manage the 3,700 people in the ship in a very difficult situation and completed the disembarkation of all customers and staff.

There are, despite its overall high quality, problems in the Japanese emergency medicine system which it would not take a CDC to address. In 2018, the World Health Organization assessed Japan's compliance with its international health regulations. While Japan did very well overall, the WHO scored it three out of five, saying it had "developed" but not "sustainable" capacity, for the quality of its laboratory system and its communication of risk in emergency situations.

We need to reconsider the roles of politicians and scientific experts in emergency responses too. After the Great East Japan earthquake, there was a debate over establishing a ministry for disaster management like Federal Emergency Management Agency, or FEMA, in the U.S., but the government decided that the Cabinet Office should be in charge instead.

Even now, a panel of experts is giving scientific information to the Cabinet Office, including the Prime Minister, which seems to be making decisions as much on politics as science.

There is in fact an equivalent of the CDC in Japan, the National Institute of Infectious Disease, but its budget is less than one-hundredth of the CDC's. The NIID must get competitive grants to sustain its research, rather than relying fully on core funding, and its human resources are insufficient too: many of its young researchers only have fixed-term employment of up to five years and are facing unstable career paths.

We should certainly better fund the NIID, but calling for an all-new CDC is not some quick solution. It will take decades to be a sufficient organization, and Japanese policymakers seem reluctant to establish agencies because of the lack of human and financial resources to do so. We should not create something vast and expensive if we cannot afford it.

Instead, I would strongly recommend the empowerment of the NIID to deal with infectious diseases, supported by all public health work forces, quarantine work forces, DMAT, the fire department and the Japan Self-Defense Forces.

As a pancreatic surgeon, I focus on preventing bleeding during surgery as much as possible because prevention is the best policy. But if bleeding occurs, I try to minimize the damage.

The medical response to disasters is very similar: Japan's existing health infrastructure can minimize the damage. Any big structural change, especially while health care workers are on the front line, is not good policy. 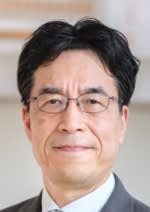