Does Singapore have the world's best central banker?

Ravi Menon is showing his peers how to signal 'last call' 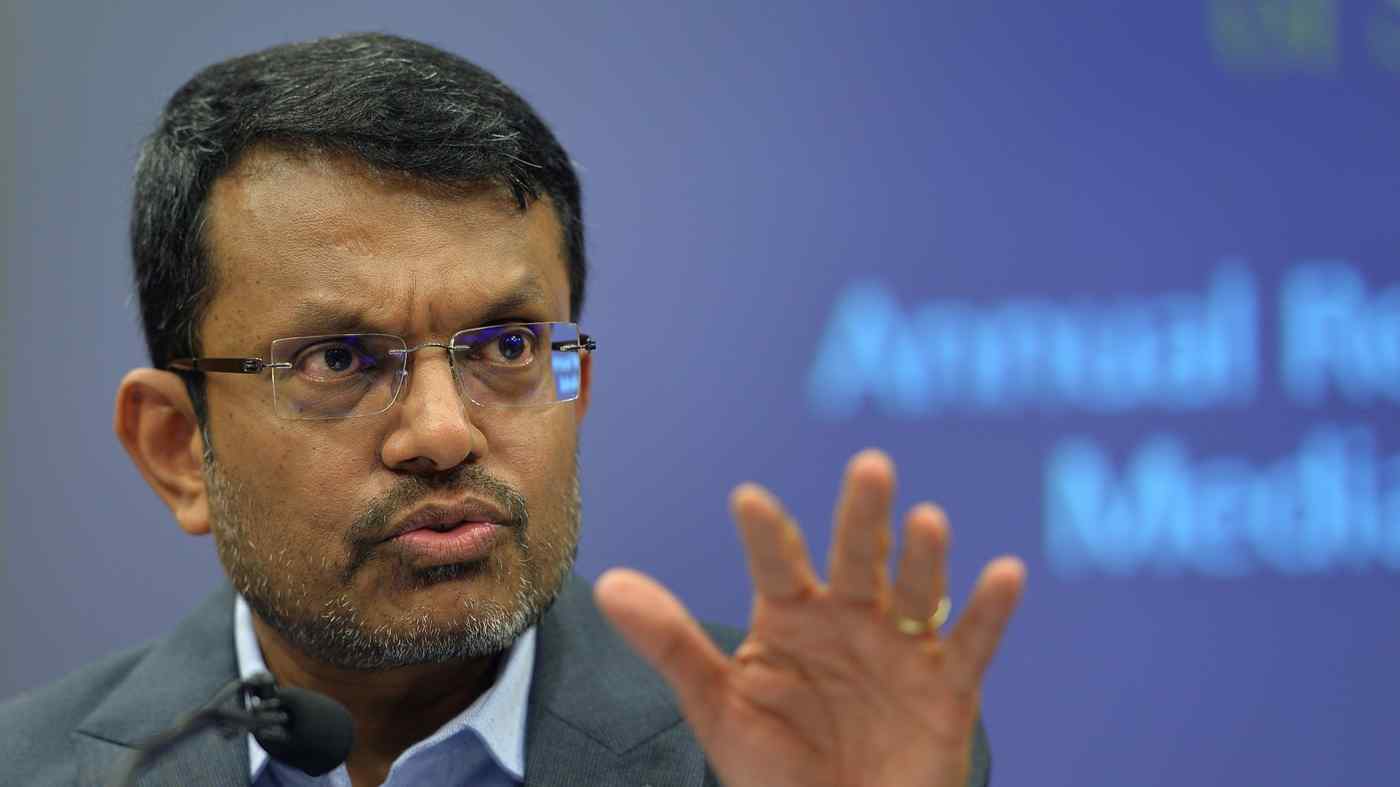 Singapore is having a William McChesney Martin moment, and not a millisecond too soon.

Martin, the revered, larger-than-life economist who led the U.S. Federal Reserve from 1951 to 1970, famously said that a central banker's job is to "take away the punch bowl just as the party gets going."

Singapore's current counterpart Ravi Menon appears ready to do just that, even as fellow central bank chiefs around the globe dutifully serve up ever more rounds of liquidity.

On Monday, Menon went so far as to suggest a start toward cutting off those banks, business people, investors, and politicians imbibing all this liquidity with nary a thought about the fallout. It is a balance, of course, but one that too few central banks are mulling.

"We are aware of the risk of prolonging support, but we are also withdrawing support prematurely," Menon told a financial forum. "The key thing here is not to maintain the crisis-level support, but to start tapering, pivoting... without pulling the rug out too suddenly."

It has been quite a while since a major central bank used the T word. In Asia, traumatic memories abound about the 2013 "taper tantrum." Back then, the mere hint that the Fed might reduce asset purchases tanked markets everywhere. In Asia, Indonesia, India, and other economies with chronic budget and current-account deficits, suddenly hit a wall.

Seven years on, Asia is even more reliant on monetary support. None more so than the Bank of Japan. Bloomberg calculates that the BOJ's balance sheet is now 137% of Japan's annual gross domestic product. And Governor Haruhiko Kuroda is pushing the BOJ still deeper into a financial system, running a 20-year bar tab.

Already, it has become near impossible to discern where the BOJ ends and the private economy begins. And Fed Chairman Jerome Powell is not far behind Kuroda. That includes binging on untold mountains of corporate debt and stocks via exchange-traded funds. How else can one explain investors thinking Dow Jones Industrial Average shares are a "buy" when the U.S. is zooming toward 8 million COVID-19 cases?

This risks leading to the "zombification" of major economies. This word is being bandied by the Institute for International Finance, the Washington-based group that, incidentally, Menon was addressing on Oct. 12. The IIF notes that non-financial companies have issued a record $2.1 trillion of bonds so far this year. As coronavirus damage deepens, credit dynamics are tightening a bit. As insolvencies increase, so might the ranks of the corporate undead everywhere.

This, naturally, means central banks will be under pressure to open monetary spigots even wider, cementing the cycle. Why might government officials or corporate CEOs implement painful upgrades when the central bank has your back?

It is this cycle Menon's team at MAS may be poised to break. Yesterday, MAS refused to ease rates further, making Singaporean authorities unique: they use currency level changes instead of interest rates to direct credit trends. Earlier this year, it lowered the currency bank with unprecedented force.

That it stood pat with gross domestic product contracting 7% year-on-year in the third quarter, amid the worst downturn in 50 years, is Menon's way of telling Prime Minister Lee Hsien Loong that it's his move. With central banks everywhere in quantitative-easing mode, monetary stimulus is losing its potency. Hence the need for fiscal loosening to take the lead.

So far, Singapore has tossed $73.6 billion of stimulus, about 20% of GDP, at a cratering economy. That pales, however, in comparison to the 40%-of-GDP Tokyo is pumping into the economy. Singapore needs to spend far more on wage subsidies, cash grants, re-skilling operations and incentives for companies to accelerate digital transformation initiatives.

Lee also needs to get serious about recalibrating Singapore's growth engines. Between the U.S.-China trade war and the pandemic, there are few places for Lee's export-addicted economy to ship enough goods to stabilize the business cycle. Since taking power in 2004, Lee has pledged a bold series of regulatory, tax and immigration changes that would move Singapore into higher-value-added niche industries. Sure, the city-state made progress pivoting to biotechnology, energy, health care and software to create some homegrown unicorn startups. Mostly, though, Lee's government was happy to rely on exports and its piece of Asia's supply chains.

Another problem: Singapore is becoming a very high-cost property in an economic neighborhood beset with markedly lower wages. That neighborhood, meantime, is a bewilderingly dynamic one. Less developed for sure, Indonesia, Malaysia, the Philippines and Vietnam are going after the same sectors Singapore takes for granted.

Obviously, now is not the time for Menon to yank away the entire punch bowl, William McChesney Martin-style. But the more economic systems get hooked on excess liquidity, the less productive and innovative they are over time. Lee has the ability to raise Singapore's game. Best to do it organically, though, without the monetary sauce.