Demand for the dollar is running ahead of Fed stimulus moves.   © Reuters
CopyCopied

On any list of things that make little sense in these disorienting, pandemic-obsessed times, the U.S. dollar's strength deserves prominent placement.

Normally, aggressive Federal Reserve interest rate cuts of the kind we saw this month would reduce the U.S. currency's appeal, as would talk of adding $2 trillion more to Washington's debt load. You would think, too, that President Donald Trump's glacial response to coronavirus risks would have capital fleeing the world's biggest economy.

And you would be wrong, as money rushes from emerging economies toward the U.S. According to the Institute of International Finance, the $55 billion of emerging market outflows since late January are "already more severe than the global crisis [of 2007-08], and dwarf stress episodes like the Asian debt crisis of 1997-98."

This latter comparison is ominous considering recent plunges in the currencies of the economies which were most affected by the region's financial reckoning 23 years ago. South Korea's won is down 11% so far this year and the Indonesian rupiah and Thai baht are down about 10%, putting them among Asia's worst performers. Malaysia's ringgit is down about 7.6%.

One immediate stress point is dollar-denominated debt, which is becoming more expensive to service day by day. Another is central banks losing the latitude to cut interest rates: as they ease to stabilize local growth, they risk incentivizing investors to flee. 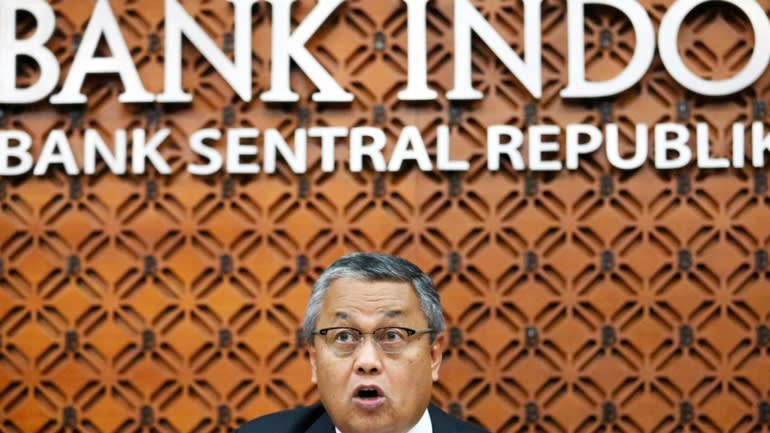 Yet Asia's export-reliant economies are facing a newer threat: how a stronger dollar can hurt world commerce. This idea, too, goes on the list of relationships that no longer make sense. In the past, a firmer dollar would accord U.S. consumers greater global spending power. Not so since the 2008 global financial crisis, or GFC, says the Bank for International Settlements.

Its analysts argue that, post-GFC, when the dollar appreciates unexpectedly, it depresses world trade growth, even though it makes dollar-denominated exports cheaper. Because a stronger dollar often stems from tightening credit conditions, it leaves less cash for U.S. banks to lend to riskier markets.

At the moment, the Fed is racing to loosen credit, effectively resurrecting its post-2008 quantitative easing program. But demand for the dollar, and safe-haven assets in general, is running ahead of Fed stimulus moves.

There has also been a structural shift in global finance in recent decades. After the 1997 crisis, Asia realized it was too reliant not just on the dollar but U.S. consumers in general. The need to decouple from U.S. became the economic buzzword. Over time, though, governments happily pivoted back to America's export machine as growth returned.

Asia gorged on dollars, making the U.S. more vital than ever. Even after Wall Street's crisis in 2008, talk of finding dollar alternatives from Beijing to Moscow amounted to little. Lessons from a decade earlier had governments upping dollar stockpiles, aggressively so in many cases. At the end of January, the 10 largest Asian holders were sitting cumulatively on more than $3.3 trillion of U.S. Treasury securities.

There is some good news here. Should global markets crater, governments are considerably better prepared to defend economies. In July 1997, the Thai devaluation that kicked off a regional meltdown happened because Bangkok ran out of dollar reserves. As of January 31, the Bank of Thailand had $96 billion of U.S. Treasuries.

For Japan, which risks a sharp growth downturn, a weaker yen can have silver linings by promoting exports. Meanwhile, weak oil prices reduce the risks of importing inflation for policymakers in Tokyo, Beijing, Seoul, Singapore and elsewhere. Korea, too, needs all the trade advantages it came get as growth slows.

But the loss of capital will not just make it harder for many Asian governments to pay existing dollar debt; it will also be more difficult to attract investors to buy new debt offerings. It could reduce demand for local equity markets and make capital needed to finance infrastructure projects harder to come by.

This problem could easily get worse as 2020 unfolds. Even if China does get back to business soon, the coronavirus fallout for its economy and regional supply chains will continue to mount. Global trade is overwhelmingly financed in U.S. dollars, including the cuts taken by local banks, companies and any middlemen participating in the process.

This added stress on governments, businesses and households is only just beginning. As the "COVID-19 shock to EM flows," in the words of Institute of International Finance economists, intensifies, growth may continue grinding lower as the dollar edges higher. The dollar is America's currency, but it may once again be Asia's problem in 2020.