Donald Trump's tariffs and threats raise chances of a US recession

Trade is new and dangerous terrain for the Federal Reserve 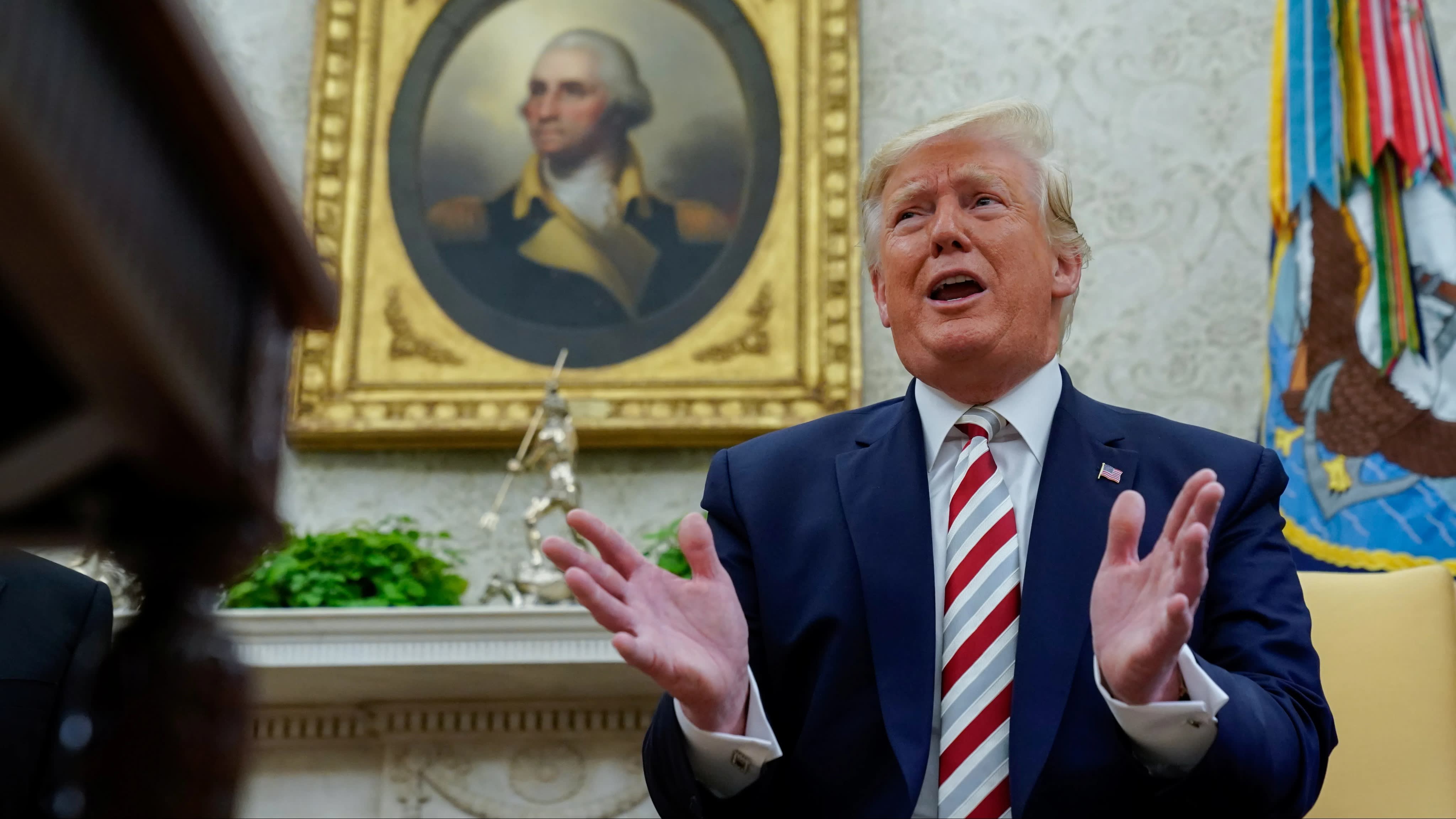 President Donald Trump has managed to worsen the chances of a U.S. recession with his hostile policies toward China   © Reuters
CopyCopied

One of the many advantages of the global trading system supported by the U.S. until now was that rich-country central bankers did not have to think about trade. There might be a liberalization of trade, broadcast far in advance, covering a small share of GDP, but no large or abrupt changes -- and certainly nothing of consequence negative for the economy.

We have no history of trade wars to draw on since the 1930s, and we took the system for granted. As a result, our forecasting models are biased toward underestimating the harms they do.

Financial markets have been slow to price in the potential costs of trade conflict as well. Not only did they underestimate the cost, they also underestimated the likelihood.

American and European investors kept assuming that President Donald Trump was being aggressive just for negotiating posture and, like with the U.S. debt ceiling, would fold his position if the stock markets fell too much.

This was profoundly mistaken, so I warned in May that a wake-up call was due when Trump's ideological hostility to trade and to China became undeniable; when foreign governments decided that there was no point in negotiating with him; and when the escalation of conflict went beyond U.S. control.

Now a financial panic is underway, crowding into government bond markets and amplifying the real impact of the trade wars on corporate investment.

Until early July, I had thought that the risks of a near-term U.S. recession had gone up but remained low. The combination of the budget deal which delivers nearly half a per cent of GDP more government spending in 2020 than expected and the Fed's rate cut looked like plenty of policy insurance to forestall a recession.

But with his increase in tariffs on Chinese goods announced in early August and his threats of currency war, Trump managed to leapfrog even my pessimistic forecast about conflict escalation. Between the substantial damage that Trump has created and the fixed-income market panic, we now have a very high chance of a U.S. and thus probably global recession, more likely than not in coming months.

Absent the market panic but given its underestimates of damage from trade to growth, the Fed had many reasons to hold off on further monetary easing. A trade shock is primarily a supply shock, meaning a shift in relative prices more than a general downturn, and is simultaneously inflationary and contractionary.

The central bankers' playbook says to let the real price adjustment take place, and then wait to react to second-round demand effects from labor or stock markets as needed.

Also, there is a deep desire at the Fed -- rightly as well as understandably -- neither to be seen as commenting directly on Trump's trade policy nor to react to every back and forth of trade negotiations. The preference is to wait to see what policies are pursued and whether those stances are sustained, like the central bank does with fiscal policy decisions.

Finally, there is a reluctance to feed the narrative that the Fed is responding to market demands or political pressures -- which would not prevent Fed action, given clear enough recession signals, but might have slowed it down. Given the collapse of long-term government bond interest rates, and the cascade of central bank easing underway around the world, the Fed will now act aggressively against the imminent recession risk. These reasons for caution will be cast aside, along with concerns that nonbank corporate lending is showing excesses. And this is the right call, on balance.

But if we are heading into an early U.S. recession, the Fed's easing of rates and even new QE are likely to be insufficient because of the well-known proximity of the zero lower bound and the flat or inverted yield curve.

Even worse, because a trade war is a supply shock, rate cuts will only address the second-round demand effects -- real disruption and forced reallocation will still happen. Trump's destruction of trade peace through rules will prove a lasting deterrent to investment, whatever level interest rates reach.

The G-7 economies were already ill-equipped to face the next recession relying on monetary policy alone. That this recession comes from a trade war means that it will be hard to end without the renewal of peace on that front.

Adam Posen is president of the Peterson Institute for International Economics in Washington, DC.