Duterte must share blame for Philippines' slide in corruption index 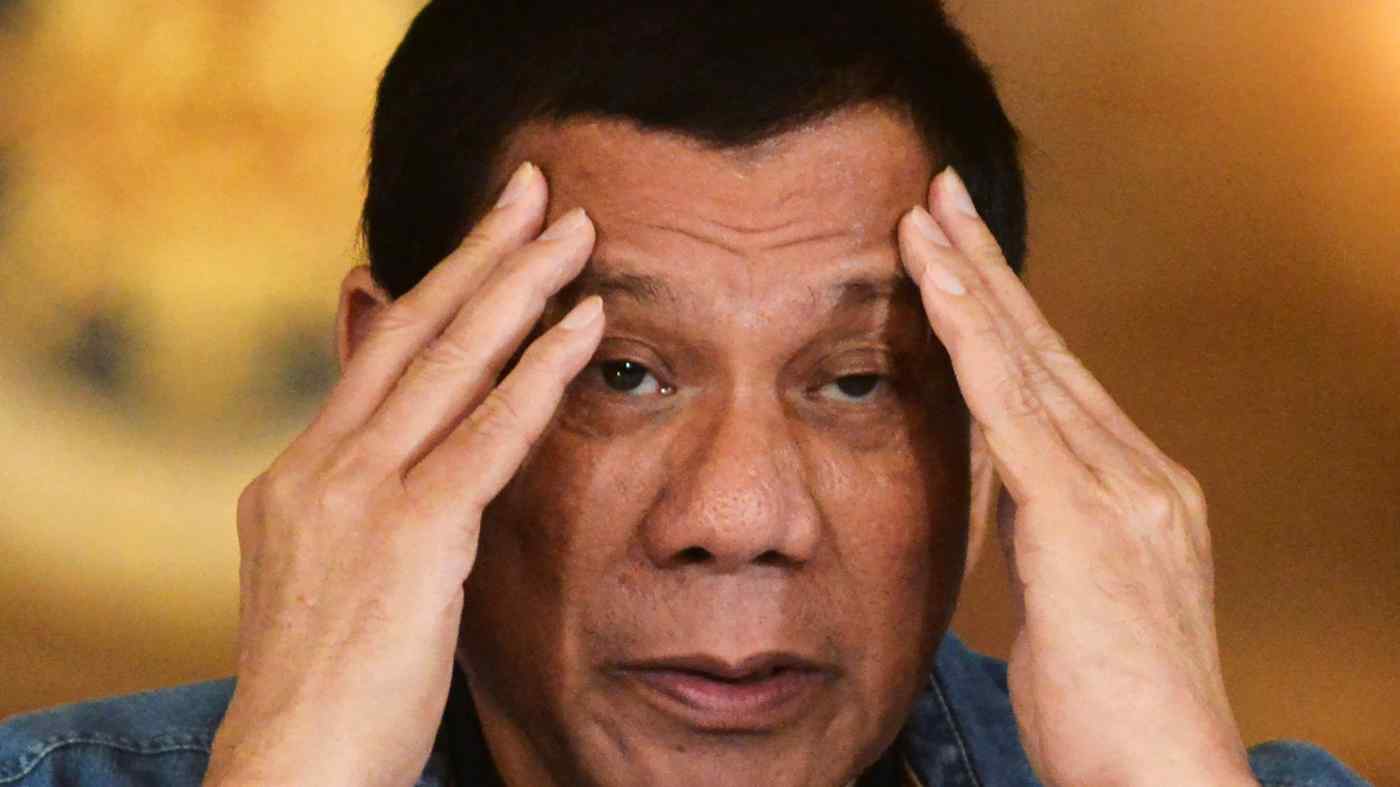 Duterte veered off course toward a bloody war on drugs.   © Reuters
CopyCopied

The bad news does not stop there. Gross domestic product growth in 2019 was the slowest in eight years. While the U.S. and Japan can only dream of a 5.9% growth rate, it means Duterte has missed the two main targets voters elected him to hit. The Philippines is looking at a rocky 2020 as the trade war collides with cooling domestic growth.

Before Benigno Aquino moved into the president's Malacanang Palace in 2010, Transparency International ranked the Philippines on par with Pakistan and Bangladesh at 139th. This explains his focus on good governance until he left office in 2016.

Hopes that Duterte would apply that success nationally have dimmed. More populist than technocrat, Duterte steadily veered off course -- first, toward a bloody war on drugs that earned rebukes from Amnesty International, then, with a $180 billion infrastructure extravaganza that is fast-tracking giant projects.

Economists worried the haste might see a return to excessive government debt seen during the pre-Aquino period. Many worried, too, that oversight and environmental standards were being sacrificed in the name of speed. Manila's slide in the corruption tables validates this latter concern.

Many worry Duterte is merely empowering a new business elite -- his own, known as "Dutertegarchs" -- and worsening the extreme concentration of wealth and power among a handful of landowning families.

One graft controversy dominating headlines concerns a former top police official leading Duterte's drug war. Oscar Albayalde is being charged with corruption and allegedly covering for cops engaged in the narcotics business, all of which he denies. The scandal left Duterte with some serious explaining to do. So have concerns that the opacity surrounding infrastructure projects is engendering dodgy dealings.

The Philippines is not alone, of course. Though China and Malaysia made some progress over the last year, Australia, India and Japan failed to, and myriad others got worse. As Transparency International concluded: "The Asia Pacific region hasn't witnessed substantial progress in anti-corruption efforts or results."

Nor are such data sets gospel, as Oliver Bullough pointed out on Twitter following the report's publication. "If you're producing an index where the least-corrupt countries are doing extremely corrupt things, the index is at best meaningless," wrote the author of Moneyland: The Inside Story of the Crooks and Kleptocrats Who Rule the World.

Fair point, considering the crony capitalism Trump brought to Washington. The U.S. was not the only corruption backslider among Group of Seven members over the last year -- Britain, Canada and France are also losing ground.

The problem is that graft inhibits growth, and the Philippines can ill afford this.

True, top-line Philippine growth does not look so bad in a region facing intensifying headwinds from the U.S.-China trade war, India's slowdown and more. Yet where that growth is coming from, and the manner in which it is generated, raises concerns. One driver is three interest rate cuts in 2019. Another: Duterte's giant "Build, Build, Build" infrastructure push.

Both amount to a short-term sugar high, one coming in handy as trade-war uncertainties dampen demand. Unless Duterte's team works steadily to restructure a long-neglected economy and increase efficiency across sectors, though, there is little self-reinforcing about today's growth. Nor is it likely to trickle down to those who need it most.

The 34% jump in public-works construction in the fourth quarter worked wonders for keeping annual growth close to 6%, but such spending bursts cannot be sustained over the next few quarters. Even more important, the worse Manila's graft troubles get, the less growth will be widely shared.

Another reason Duterte might like to forget 2019: the number of families viewing themselves as poor just hit a five-year high of 13.1 million. That finding, from a Social Weather Stations survey, speaks to the importance of eradicating corruption. A labyrinthine business culture, teeming with rent-seeking middleman and women, squanders the fruits of rapid GDP.

Strongmen like Duterte often come to power arguing they, and only they, have the power and will to get big things done. It is high time he exerted power where it is most needed: marshaling the Philippines into the ranks of the most innovative and trusted economies.