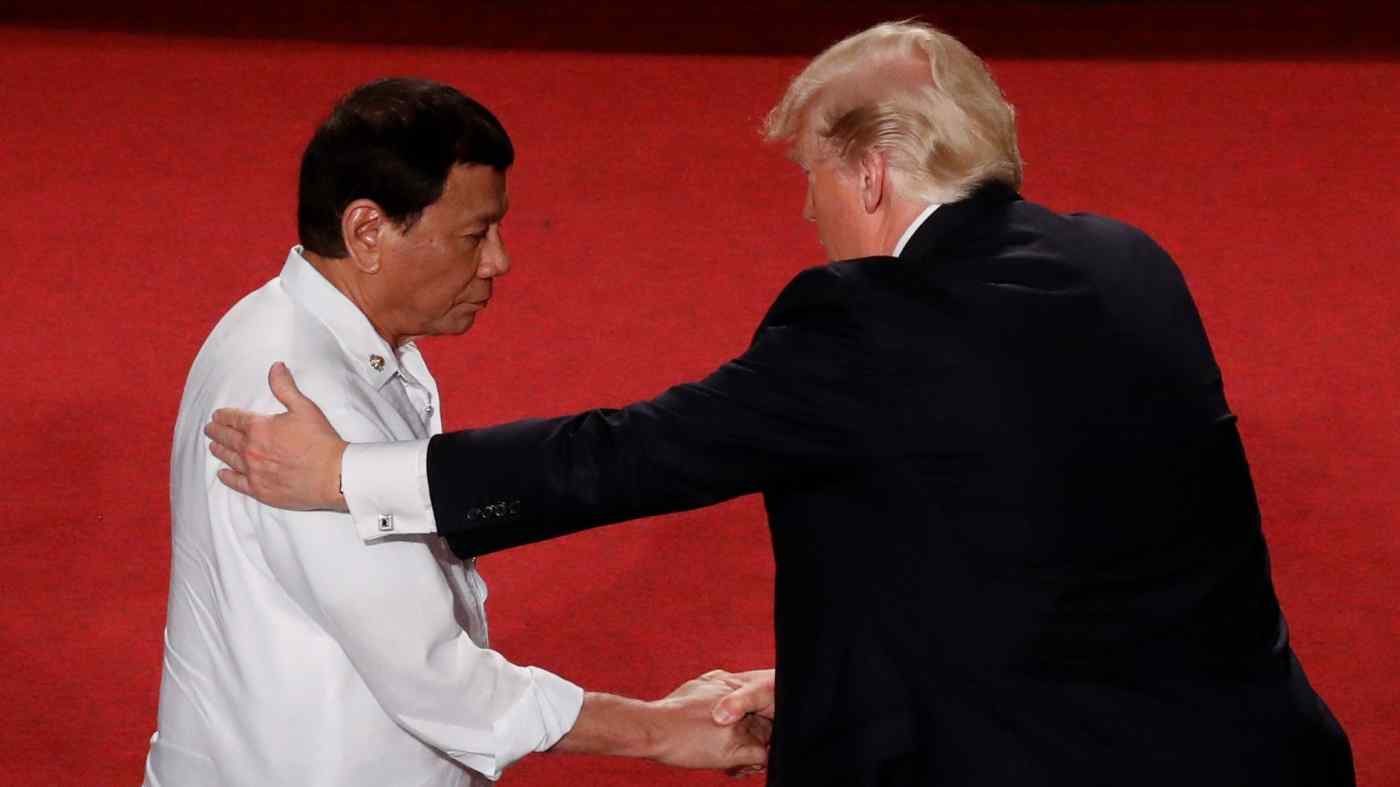 President Donald Trump may have alienated allies across Asia but he has, at least, arrested a downward spiral in bilateral relations between the U.S. and the Philippines.

By openly embracing strongmen like Rodrigo Duterte, he has given the Philippines president a prop at a time when other traditional partners, notably in Europe, are holding their noses at his human rights record.