Duterte's U-turn on defense pact with US shows China threat 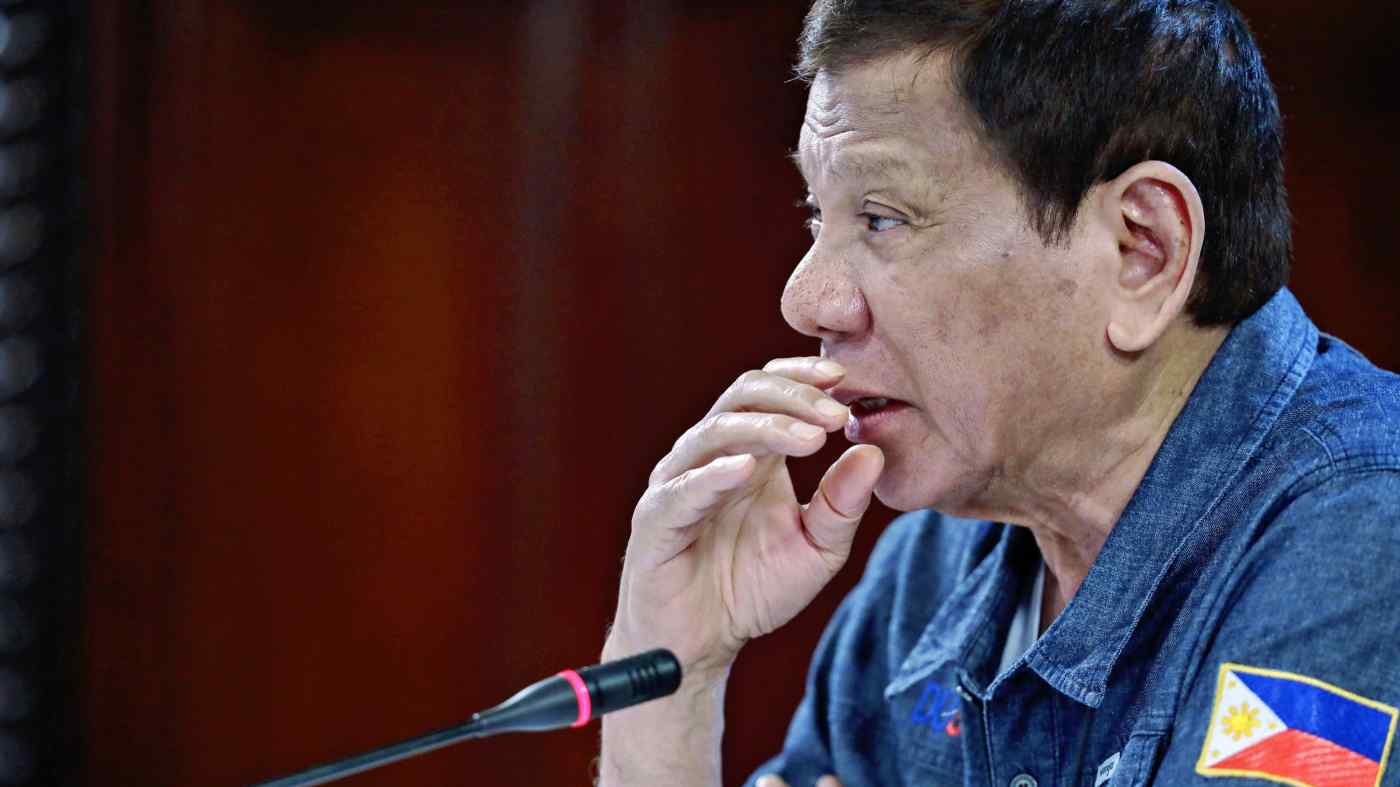 The episode belies long-running accusations that the Filipino leader is nothing but a Chinese puppet.   © Malacanang Presidential Photographers Division/AP
CopyCopied

Back in February, President Rodrigo Duterte suddenly announced he intended to cancel the Philippines-United States Visiting Forces Agreement, or VFA, a defense pact that has facilitated comprehensive security and humanitarian cooperation between the allies over two decades.

"No more [American] bases" in the Philippines, Duterte demanded. "They have to start to talk to us because they have to go." He also called on the U.S. to "correct" travel bans and sanctions imposed on his inner circle, which seemed in part to be motivating his anger. His move outraged the Philippine defense establishment.

But then, last week, Duterte staged a dramatic reversal: recognizing the importance of a century-old relationship, the Philippine government suspended its decision to cancel the VFA. A formal letter by the Philippine Department of Foreign Affairs vaguely cited "political and other developments in the region" as the basis for the decision.

Those geostrategic "developments," revolving around China and COVID-19, are far more important than Duterte's government has let on, but the move also tells us much about how the fiery president has strategically matured in office.

When the U.S. failed to agree to Duterte's suggested "correction," the Filipino leader cited long-simmering personal grievances, namely his irritation over Western criticism of his human rights record, as the primary pretext for the controversial decision.

Despite senior lawmakers publicly condemning the brazen personalization of a vital national security matter, the government reframed the issue by touting the importance of an "independent" foreign policy.

The Philippine political establishment, however, remained unconvinced. The Senate, led by Duterte allies such as Senate President Vicente Sotto III, legally challenged Duterte's decision at the Supreme Court. Since the VFA had been ratified by the legislative upper house, the senators argued that its cancellation would require its agreement.

There were signs of internal pushback by senior officials. During a public event, moderated by me, the Philippine Ambassador to the U.S., Jose Manuel Romualdez, revealed efforts to swiftly replace the VFA with something similar.

Following Duterte's initial decision, the deal would have officially been canceled in August -- but now his administration has decided to suspend the process for the foreseeable future. In its letter to the U.S. embassy, the Philippine government made it clear that the suspension could be extended well into 2021. With Duterte expected to step down by 2022, this means the VFA will almost certainly remain intact.

The first thing this change of heart highlights -- though Duterte is yet to fully explain -- is the Philippines' growing anxieties over China's strategic opportunism in the South China Sea during the COVID-19 pandemic, which has created a dangerous security vacuum in Asia. China's expansionism has been creeping as its rivals struggle to contain coronavirus outbreaks.

Over the past three months, Chinese maritime forces have sunk a Vietnamese fishing vessel, harassed a Malaysian oil drillship and pointed a laser gun at a Philippine warship. In response, the Philippine government has condemned China's "offensive" actions and stood in solidarity with Vietnam.

China may have further spooked its neighbors when a source within its People's Liberation Army suggested that it may soon impose an Air Defense Identification Zone across disputed waters to monitor and even restrict international navigation and overflight.

The second, crucial, thing the reversal reflects is Duterte's growing strategic maturity, namely his reluctant recognition of the importance of security assistance from the U.S. More broadly, Duterte's about-face reveals the U.S.'s enduring influence in a region where China's rising assertiveness has alienated smaller powers.

It shows the Philippines recognizes the importance of humanitarian assistance by the Pentagon. After all, the VFA, which provides the legal framework governing sustained and large-scale rotation of American troops on its soil, has facilitated desperately-needed American assistance during humanitarian crises.

This was most evident during the 2013 Haiyan superstorm, when thousands of American soldiers, along with an aircraft carrier and a dozen warships, were deployed to assist far-flung communities across the central Philippines. Now that the pandemic is devastating the Philippine economy and threatening both a public health and humanitarian crisis, Duterte has opted to lean on long-standing allies such as the U.S.

The VFA has also facilitated the U.S.'s rapid deployment of Special Forces and drones to assist the Philippines' counterterror and domestic security operations. With the Armed Forces of the Philippines overstretched, manning checkpoints and enforcing social distancing measures across the country, rebels and terrorist groups have been able to gain ground in the country's restive peripheries.

The episode belies long-running accusations that the Filipino leader is nothing but a Chinese puppet. Duterte may says he "loves" China, but even the proud populist has had to recognize how he needs American military assistance more than ever. In a time of extreme uncertainty, he rightly rescinded an ugly divorce with the Philippines' oldest and most powerful ally.