Duterte's terror bill threatens freedom in the name of security

The broadly drawn law could be weaponized against civic protest 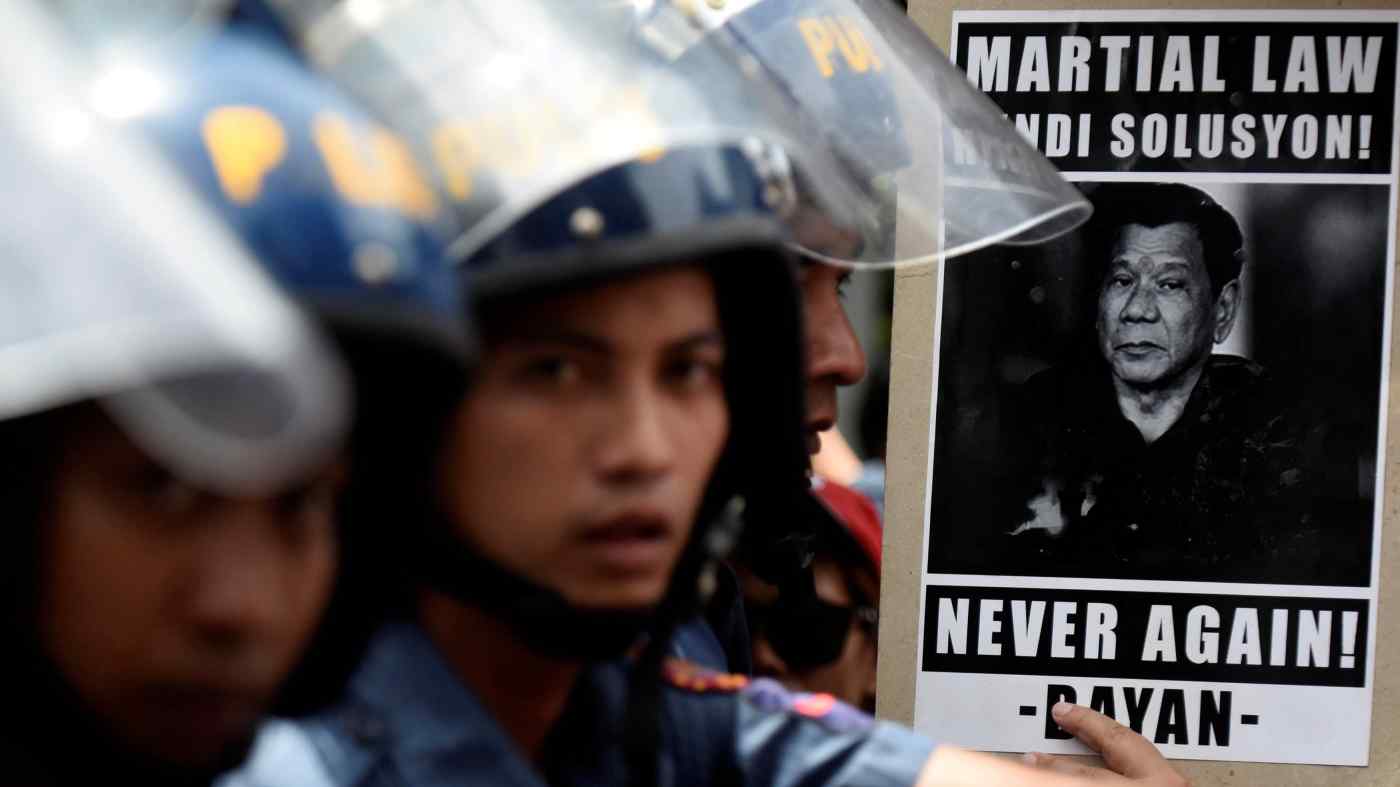 Anti-riot police officers stand on guard in Mindanao in July 2017: it is not clear that draconian rules work.   © Reuters
CopyCopied

The Philippines has been host to two of the world's longest running insurgencies, Islamist and communist, which have ravaged its southern island of Mindanao since the 1960s. Over time, many rebel groups have radicalized and turned to acts of terror. The monthslong siege of Marawi by Islamic State-affiliated fighters in 2017 was a stark reminder of how profound the country's counterterrorism challenge is.