EU and Japan must stand together to defend economic order

As economic powerhouses and beneficiaries of a rules-based international order, the European Union and Japan face a dual challenge: having to work with the U.S. in reducing unfair Chinese trade practices, whilst also sharing the objective of taming Trump's assault on multilateralism and the rules-based system.

Both challenges have brought the EU and Japan closer together, as will be highlighted on Feb. 4, when German chancellor Angela Merkel arrives in Tokyo on a two-day official visit.

This relationship will only become more important in the future, as those committed to multilateral cooperation will have to take more responsibility in the international arena.

One consequence of U.S. President Donald Trump's "America First" policy has been Europe's search for new allies and its reorientation toward like-minded powers across the globe.

In the Asia-Pacific Japan, as a liberal democracy with similar economic interests as leading European nations, has been particularly important. Japan has equally turned its focus toward new partners, after Trump on his first day in office rejected the Trans-Pacific Partnership and instead slammed its allies with tariffs on imported aluminum and steel.

In a rebuke to Trump's protectionism the EU and Japan have joined forces and in December 2018 announced the successful ratification of a trade deal that, taking effect on 1 Feb., creates the world's largest free-trade zone, covering nearly one third of the world's gross domestic product.

But Brussels and Tokyo have not only addressed the trade war President Trump unleashed by strengthening their own economic ties. In a concerted effort they have also taken institutional steps to roll back the tariffs. They have rejected the U.S. tariff policy as a violation of the rules of the World Trade Organization and have backed China's WTO suit against U.S. tariffs of imported steel and aluminum.

This is a difficult step to take as it is directed against a longtime ally that is, as a result, portrayed as a rule-violator. But action against the U.S. at the WTO as the responsible multilateral trade institution is necessary to protect and uphold order. The complaint formally underlines that WTO rules apply for everyone, including the United States.

Against this backdrop, it is almost ironic but accurate to argue that on a different subject Trump's protectionist trade policy has also helped to bring the U.S., EU and Japan closer together.

While U.S. tariffs have been applied against several countries (including EU states and Japan), as a policy they are directed first and foremost against China. To better address unfair Chinese trade practices, the tariffs have sparked several rounds of talks between the U.S., EU and Japan with the objective of reforming the WTO.

The three parties have since worked together to seek a way that ends what they consider a distortion of competition in international trade by China. With the help of state subsidies Chinese investors, which in most cases are partially or fully state-owned, can undercut offers in a way private companies cannot match. Although WTO members are in theory obliged to give immediate notice of state subsidies that preferentially benefit their own industries, in reality many states do not. China has disclosed only a small fraction of its state subsidies, which are additionally shielded by unpublished government budgets as well as laws that allow commercial information to be treated as state secrets.

The U.S., EU and Japan share the view that China's non-market-oriented policies create unfair competition and lead to overcapacity as well as forced technology transfers. At the center of their efforts to reform the WTO lies strengthening the institution's means of addressing these problems.

What the organization essentially needs is an anti-doping agency for state subsidies. In November 2018 the U.S., EU and Japan therefore submitted a package that -- if accepted -- would significantly help to curb China's practices of heavily subsidizing its state-owned enterprises and their investments abroad. However, in order to introduce these new rules the three parties need to put pressure on China, as changes to the WTO system require unanimous approval. This is particularly pressing as the 90-day ceasefire which has put a temporary stop to the trade war between the U.S. and China is coming to an end on Mar. 1.

Chancellor Merkel and Japanese Prime Minister Shinzo Abe should therefore use her visit to Japan to reiterate their common call for adjustments in the WTO rules that should be backed by China. They should stress that even though they disapprove of Trump's tariffs as a way of enforcing change in Chinese trade policies, they support the underlying analysis of unfair Chinese trade practices and will collaborate with the United States on the matter. To put effective pressure on China they should try to rally the Group of 20 nations behind their call. As an international actor that prefers to negotiate bilaterally, China would feel highly uncomfortable if confronted with a united position in favor of WTO reform by its G-20 peers at their 2019 summit in Osaka.

It is a delicate balancing job for the EU and Japan to try to both regulate Chinese trade practices and roll back Trump's protectionist policies. But they are right to pursue this dual strategy. In addressing both challenges simultaneously they strengthen their credibility as guardians of the rules-based international order. We can only hope to see more cooperation of this kind in the future. 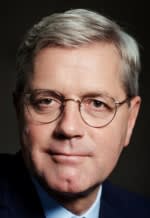 Dr. Norbert Roettgen is chairman of the Foreign Affairs Committee of the German Bundestag.