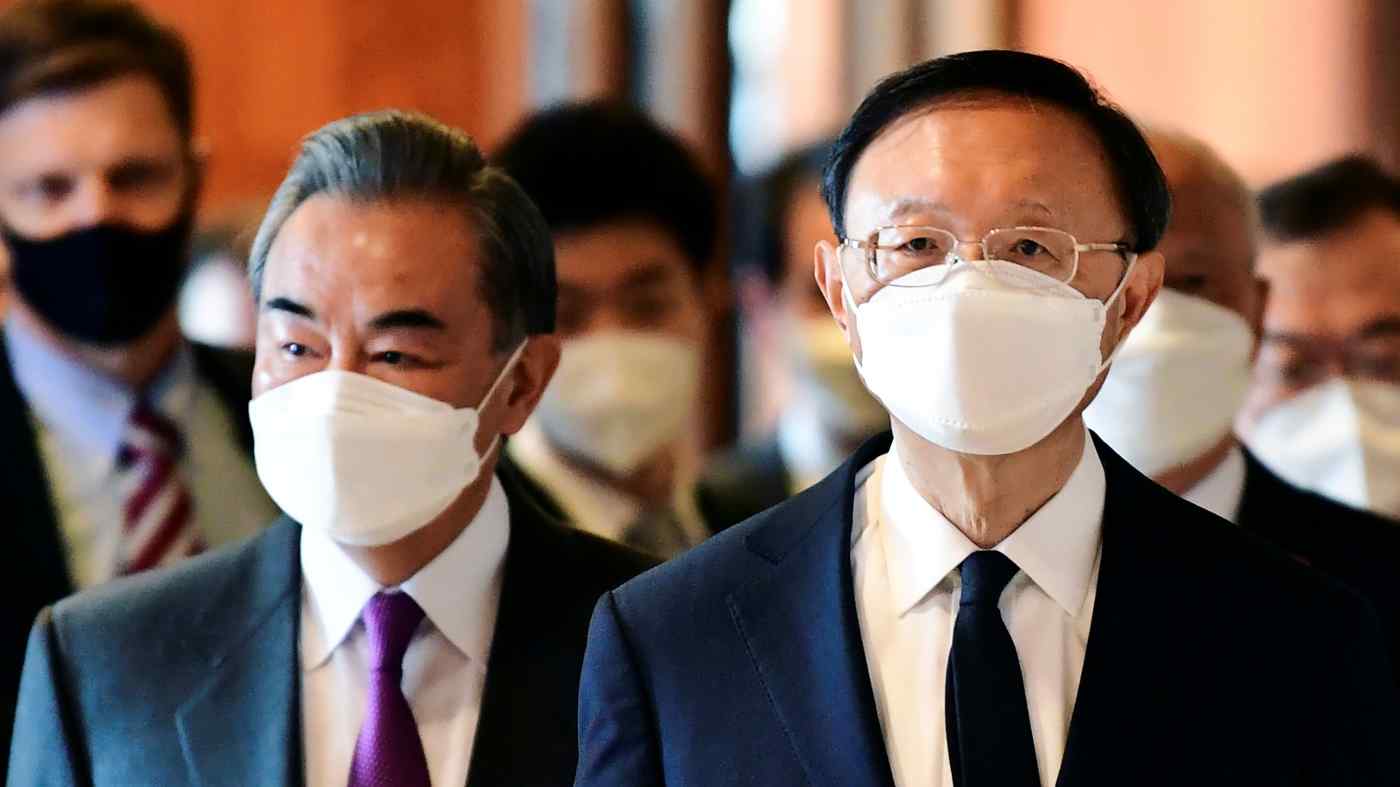 Yang Jiechi, right, studied for two years in the U.K. in the early 1970s and Wang Yi was a visiting scholar at Georgetown University for six months in the late 1990s.   © Reuters
CopyCopied

John D. Van Fleet is chair of the education committee at the American Chamber of Commerce in Shanghai.

The next day, New York-based SupChina website reported that the sentence "the United States has no business lecturing China as if it were superior" is now "one of the top-trending items on social media site Weibo." The phrase and similar had registered more than two billion hits on Weibo by the end of that day.

After the European Union on Mar. 22 announced its Xinjiang sanctions on four Chinese officials, other countries lined up with the EU, and China reciprocated with sanctions of its own. Several major apparel companies announced their intention to stop using cotton produced in Xinjiang, prompting widespread calls for boycotts from people in China.

During this period, I attended two "getting ready for college overseas" seminars for Chinese families, one in Nanjing and one in Shanghai. Families' concerns about the state of international relations, and the situation for Chinese students overseas in particular were elevated a bit.

However, the education professionals who spoke at these gatherings were united in their opinion, borne of years of experience in the sector, that the immeasurable value of overseas study for any young person is lifelong, and not mitigated by the level of disagreement in international affairs.

At the Nanjing conference, the vice chancellor of New York University Shanghai, Jeffrey Lehman, spoke fondly of his exchange year in France, while Phoebe You, the China director, Ohio State University -- who is originally from Shandong -- related the value of her graduate study at that institution.

Lehman urged attendees to consider overseas study, one of the most consequential life decisions -- with a clear eye on various factors, to be sure -- but then to weigh those factors appropriately. He suggested that a proper consideration still, and will almost always, overwhelmingly favor the commitment to overseas study.

The 2020 Open Doors Report on International Education indicates the dramatic growth over the past few decades of international enrollment in the U.S. overall, and particularly from China, whose students in the U.S. represent about 35% of the total, significantly higher than China's roughly 20% share of the global population.

As the Harvard Crimson reviewed late last year, some of the statements and actions of the previous U.S. administration reversed the growth a little.

So far, it seems that the new administration agrees with the virtually unanimous conclusion of education professionals all over the world: welcoming international students to the U.S. creates enormous value for both students and the host country. Over many years, millions of Chinese families have been expressing their opinions on the matter by investing their family savings on their children's future by sending them to study in the U.S. We see no indication of any structural change to that trend. 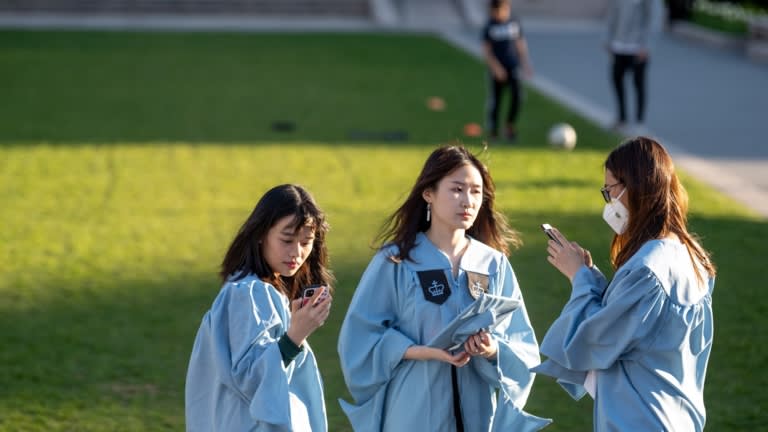 Several days after the opening fireworks in Anchorage, China's state media were reporting positively on the closed-door meetings that followed, suggesting that the dialogue had been constructive and could serve as a foundation for further talks. And among all the commentary that followed Anchorage, many observers reflected that at least the two sides were communicating clearly.

That result surely came in part because of the leaders' international backgrounds: Yang studied for two years in the U.K. in the early 1970s. Wang studied Japanese as an undergrad and was a visiting scholar at Georgetown University for six months in the late 1990s, as well as serving as China's Ambassador to Japan from September 2004 to September 2007. On the U.S. side, Blinken lived for years in Paris and graduated from high school there, while Sullivan was a Rhodes scholar at Oxford in the late 1990s.

Most of us do not wind up as leaders of our respective countries' foreign ministries. But in this world, a rapidly increasing percentage of us do wind up living and working overseas, or at least working closely with people from cultures around the world. Young people who develop their global awareness through overseas study have a major, lifelong advantage as they stride into the 21st century. And who knows -- they may have a chance to represent their countries on the global stage.

If so, their international backgrounds will give them the foundation they need to do so with not only maturity and confidence, but with a better understanding for those who may be on the opposite side of the table.