Elon Musk is the Bitcoin-buying hypocrite we deserve

In the same filing in which Tesla announced its purchase of $1.5 billion worth of Bitcoin, the car company reiterated that its mission is to "accelerate the world's transition to sustainable energy." The two do not sit comfortably together.

There may be a dozen areas to quiz when an $800 billion manufacturer uses its capital resources to become, in a flash, the second-largest business owner of this cryptocurrency asset.

But, the energy issue is perhaps the most pressing. And for a company with plans to open a factory in Texas -- where last week's snowstorm caused the near-collapse of the state's electrical grid -- Tesla might want to put the energy issue a little higher on its list of priorities.

In a way, Bitcoin is electricity bottled in a digital jar. The edicts that created it specify that new coins can only be created by tasking computers to solve mathematical equations. This translates into a vast energy-intensive global network that sustains and mines new Bitcoins.

The total energy consumption of the network, per year, exceeds the monthly electricity needs of the whole of Japan. But Japan's electricity powers homes, businesses, and people's lives. Bitcoin mining only powers the creation of more Bitcoin.

This is not to judge Bitcoin as a financial, transactional, or social tool. From an energy perspective, however, Bitcoin is basically a parasite. To unlock more Bitcoin, the complexity of the mathematical puzzles steadily increases, necessitating ever more computational power. This in turn necessitates more energy. In the last four years alone, the Bitcoin network's electricity consumption has risen by a factor of eight, according to Digicomist, a platform that tracks the impact of digital trends.

Bitcoin machines have become more efficient. Even so, they now feast on the equivalent of almost half the electricity volumes used to power the world's data centers, according to a study completed by Digicomist founder Alex de Vries.

The carbon footprint of Bitcoin is estimated at 36.95 million tons of CO2 a year. To put that in perspective, that is the equivalent of New Zealand. Put another way, it's 10% of the annual emissions of the entire Japanese power sector -- which mainly runs on fossil fuels -- and which serves the world's No. 3 electricity market.

But, what does this all have to do with Elon Musk and his well-known support of Bitcoin? After all, Tesla did not create Bitcoin. It is just another buyer in a rapidly growing market, right?

Being so dependent on electricity, Bitcoin mining is only profitable when you have cheap power and high Bitcoin prices. Three years ago, that break-even level was around $8,038, according to comments made at the time by New York-based Fundstrat Global Advisors. Since electricity prices have changed little since then, we can assume the cost of Bitcoin mining has stayed the same.

Tesla's announcement sent the price of the cryptocurrency up 20% to a record of $48,000. Lending its brand name and hard cash to Bitcoin, Tesla has encouraged a rally in the asset, and as a result, made the act of mining it 20% more lucrative.

The impact of this jump on mining is clear when you check the Bitcoin network's so-called hashrate, or the estimated number of actions that its machines are performing on any given day. Bitcoin's computational power is up from about 95 million terahash per second at the start of 2020, to 166 million terahash per second on Feb. 9, according to Blockchain.com. The rate went up about 6% following Tesla's announcement.

In other words, Bitcoin's electricity use and CO2 emissions went up by roughly 6% thanks to Elon Musk. So, will Tesla be including those emissions in its next environmental impact report? More importantly, how does this investment fit with Tesla's stated goal of promoting sustainable energy?

Of course, Tesla can always argue that emissions are based on the energy source of the electricity used to generate Bitcoin. So, let's look at that.

Two-thirds of the Bitcoin mining takes place in China, the world's biggest emitter of CO2, and the top location in China for Bitcoin mining is the Xinjiang region, home to a large coal-fired generation sector. The next-biggest location for hash mining is the U.S., which also happens to be the No. 2 global CO2 emitter. 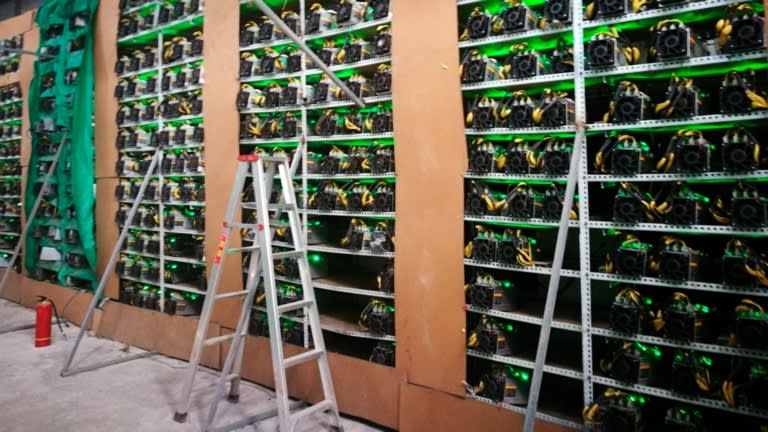 Looking beyond emissions, electricity is also a vital living essential, and diverting those resources to computers solving puzzles can put a strain on society. Last month, after weeks of blackouts, Iran's government launched a crackdown on local Bitcoin mining centers, blaming them for abusing generously state-subsidized domestic electricity rates.

It is possible that Musk has another grand plan for Bitcoin and we're not yet privy to the genius. Or, perhaps Musk did not really think it through. After all, it is not his job to answer for the energy impact of the Bitcoin network. The beauty of a decentralized, unregulated system is that it's no one's job.