Videoconferences are no substitute for an old-fashioned tete-a-tete 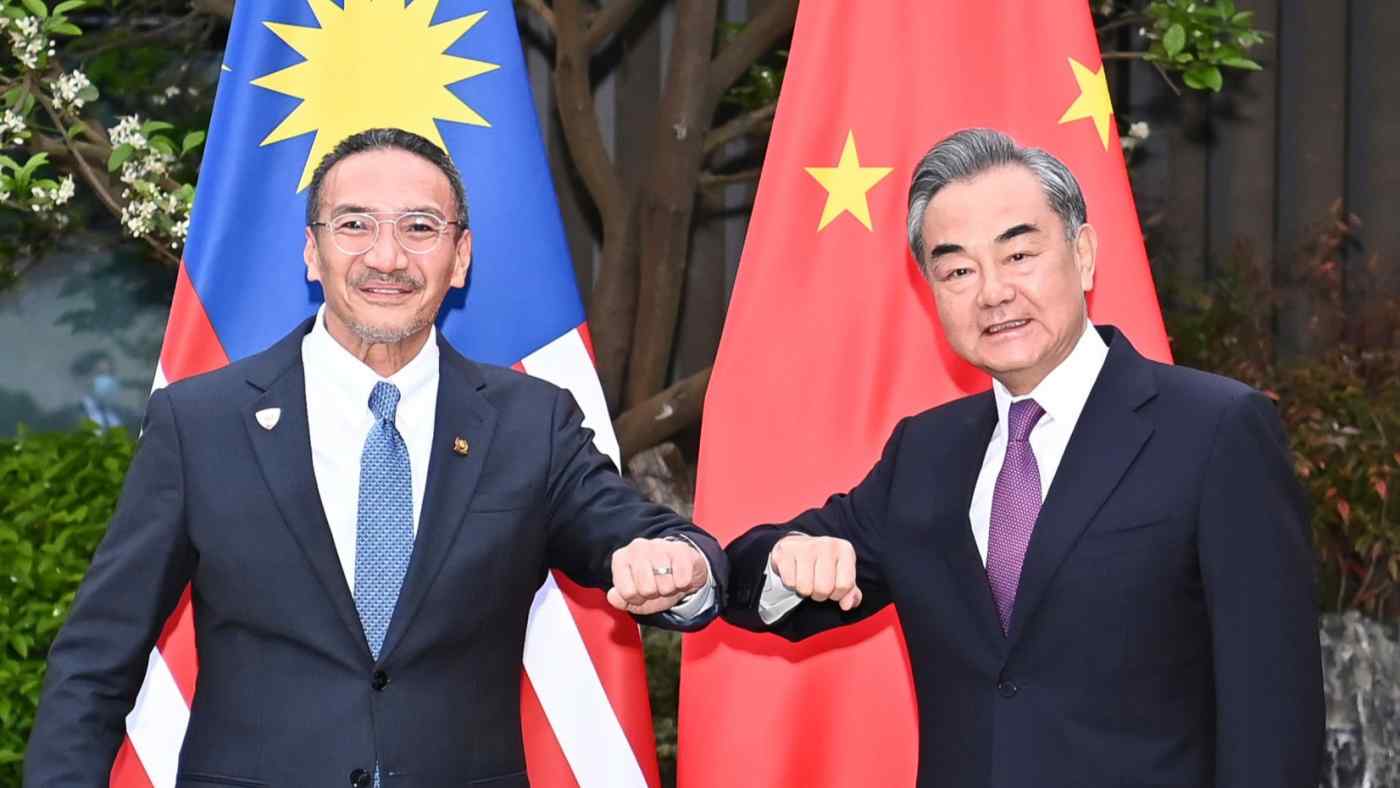 Ben Bland is the director of the Southeast Asia program at the Lowy Institute and the author of "Man of Contradictions: Joko Widodo and the Struggle to Remake Indonesia."

Calling China's pre-COVID-19 diplomacy in Southeast Asia sharp-elbowed is something of an understatement.

But since the pandemic broke out, Beijing's top diplomats have combined their uncompromising stance with some more tactful body language, standing elbow to elbow with their Southeast Asian neighbors in a remarkable series of flying visits.

With China's rivals for influence in Southeast Asia bogged down in domestic problems and reluctant to travel or receive visitors, Beijing has seized the opportunity to get face time when it counts.

In one recent week alone, the foreign ministers of Indonesia, Malaysia, the Philippines and Singapore were all invited to China to meet counterpart Wang Yi for talks about the pandemic, vaccine cooperation, the economic recovery and the Myanmar crisis. For Indonesia's Retno Marsudi, it was the third time she has met Wang since August 2020, when she became the first foreign minister to visit China since the outbreak of COVID-19.

Wang has been supported in this neighborhood charm offensive by Defense Minister Wei Fenghe and Yang Jiechi, the Politburo member who runs foreign policy for the Communist Party. Between them, they have met their Southeast Asian counterparts or other senior Southeast Asian ministers on at least 21 separate occasions since August 2020.

During that period, they have conducted 13 in-person meetings with national leaders in Southeast Asia, with two meetings each for the sultan of Brunei, Muhyiddin Yassin of Malaysia, Myanmar's Aung San Suu Kyi -- before she was deposed -- and Rodrigo Duterte of the Philippines.

The only country Wang and his colleagues omitted was Vietnam, which Beijing left off the list through deference to its Communist comrades in Hanoi. A high-level Chinese visit would not have been a good look before the Vietnamese Communist Party held its five-yearly congress in January.

Overall, Chinese officials have had more face-to-face meetings with their Southeast Asian counterparts than their rivals from the Quadrilateral Security Dialogue -- Australia, India, Japan and the U.S. -- put together.

When it comes to diplomacy in Southeast Asia, showing up can be half the battle. Appearing in person shows even greater commitment during a pandemic, when international travel has become more onerous and potentially risky to health. 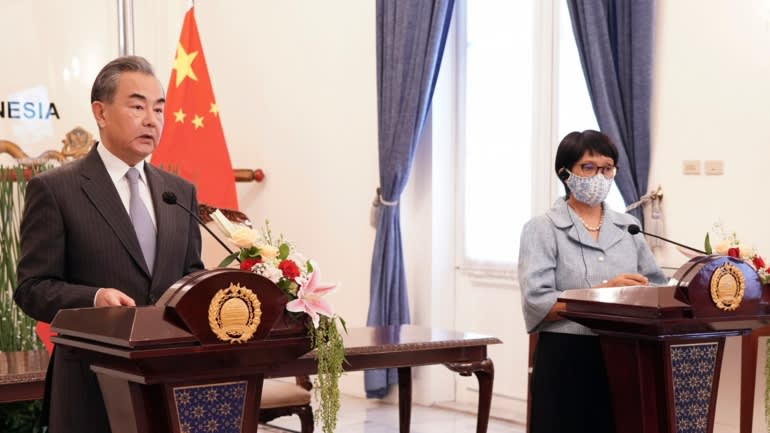 Wang Yi, left, and Retno Marsudi attend a virtual press conference following their meeting in Jakarta on Jan. 13: showing up can be half the battle.   © Indonesian Foreign Ministry/AP

So, the first lesson of China's Southeast Asian shuttle diplomacy is that phone calls and videoconferences are no substitute for the old-fashioned tete-a-tete.

Still, in addition to a smattering of in-person ministerial meetings, Australian, Japanese and American officials have worked hard to maintain long-distance channels of communication with Southeast Asia. There are certainly some efficiency savings in these virtual meetings. But diplomats say privately that these conversations can be stilted, and it is difficult to build trust and personal relationships.

The second lesson, then, is that despite all the performative "wolf warrior" diplomacy toward the West, China often prefers to show a different face to its neighbors and other developing nations.

I am not arguing that Beijing has turned into Switzerland or Norway overnight. On the contrary, China continues to press its expansive maritime claims against the Philippines and Vietnam in the South China Sea. And officials from Indonesia and other Southeast Asian nations reliant on Chinese coronavirus vaccines understand Beijing's supportive stance could be reversed if they tread across China's many diplomatic red lines.

But Beijing does seem to be getting better at using the carrot as well as the stick. In addition to turning up, Chinese diplomats are showing more subtlety in their engagements in Southeast Asia. Recent examples include their successful efforts to neutralize criticism in Muslim-majority Indonesia of Beijing's abusive Xinjiang policies and their hedging over the coup in Myanmar, calling for the release of Aung San Suu Kyi but blocking possible U.N. Security Council sanctions against the junta.

The third lesson of China's pandemic diplomacy with Southeast Asia is how much the region needs Beijing, even if it does not always trust it. Western officials tend to write off Cambodia and Laos as Chinese vassals while hoping to peel the other Southeast Asian nations away from China by playing up that distrust. But just as Beijing wields carrot and stick, Southeast Asian governments have decades of experience balancing both distrust and deference toward China.

While they are not under any illusions about China's ambitions for regional dominance, Southeast Asian leaders understand that they cannot emerge from the pandemic without China alongside them as a key economic partner and, in many cases, a source of vaccines.

Sometimes the respect that Southeast Asian officials show China can seem like submission. A case in point is Malaysian Foreign Minister Hishammuddin Hussein, who set fingers wagging back home when he referred to Wang Yi as a big brother on a trip to China earlier this month.

But while they are eager to keep China on side, Southeast Asian governments also want other options. In addition to her meetings with Wang, Indonesia's Retno Marsudi has flown to London, Singapore, Tokyo and Abu Dhabi in the past year in search of vaccines, trade and investment and potential travel corridors.

If Quad members and like-minded governments want to push back against China's growing influence in Southeast Asia, they need to show up more, especially in these tough times. If they fail to do so, they are simply leaving more elbow room for China.