Most will have to either pack up, shut up or shut down

If traditional banks are willing to throw money at technology, they will likely beat the disrupters at their own game.   © VCG/Getty Images
CopyCopied

A small announcement escaped the market's attention when Xiaomi CEO Lei Jun resigned as chairman at Airstar Bank, a virtual bank in Hong Kong, saying he wanted to focus on Xiaomi's other businesses.

Fair enough, but I cannot help but ask why such a determined business owner threw in the towel right after the two-year-old bank announced a $232 million loss. Is the virtual banking sector's outlook so hazy that even this seasoned pro feels that he cannot make the business work?

That is what I think. Indeed, I think all the other virtual banks, and a large number of small and medium-size banks in Hong Kong, are in the same boat. In a very crowded sector, even a genius has to admit defeat.

What has changed since 2017, when virtual bank licenses were so eagerly contested? A lot, obviously. Whatever virtual banks promised to do for consumers, banks have already accomplished in a few short years with the introduction of convenient money transfers and excellent mobile apps.

Even in my own far-flung suburb of Tung Chung, for example, banks have built new and spacious branches. Because there is no way I can complain about services, I do not have a lot of unmet banking needs.

This brings us to fintech disrupters' diminished future, not just in China but all over the world. While the fintech sector has commanded a fair share of the limelight over the past 10 years, you can already begin to see attention shifting. 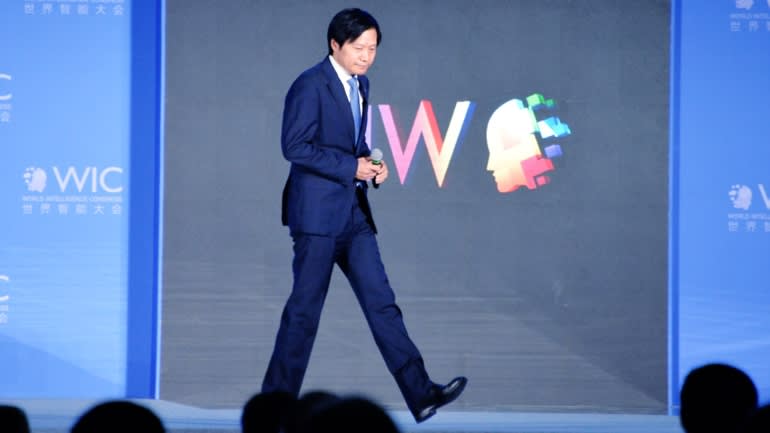 Xiaomi CEO Lei Jun, pictured in Tianjin on May 20: he resigned as chairman at Airstar Bank saying he wanted to focus on Xiaomi's other businesses.   © VCG/Getty Images

Yes, traditional banks are bloated and inefficient, and they have left large gaps in their services, such as for poorer consumers and small businesses. Those fintech startups of a decade ago were truly a breath of fresh air. But their technological ingenuity forced traditional banks to make so many rapid changes that most fintech disrupters have been left redundant.

Challenger banks might be fashionable in the U.K., Europe and Asia, but they only attract tiny deposits, with average account balances in the U.K. not rising above 350 pounds ($483), according to Accenture. I was among the first to open a bank account at Airstar 15 months ago, but my balance remains zero even today.

It is hard to see how and when these fintech startups will turn profitable. The incumbents have greater firepower, a deeper customer base and regulatory protections that include too big to fail shields.

Because traditional banks have multiple business lines, they engage in cross-sales and cross-subsidization. Fintech disrupters are often one-trick ponies exposing themselves to banks' bulldozer tactics. My own research tells me that the real difference between traditional banks and new entrants is often merely a willingness to burn through cash. If traditional banks are willing to throw money at technology, they will likely beat the disrupters at their own game.

While fintech products include deposits, fund transfers, remittances, securities trading, payments and insurance brokerage, the real money is still in lending. Because fintech companies have to charge borrowers such high interest rates, they only attract the highest-risk borrowers. This creates an adverse selection problem, with rampant fraud and rising delinquency rates that ultimately push lending rates still further.

Peer-to-peer credit has also flopped, with losses force pioneers such as LendingClub, Funding Circle, OnDeck and Wonga to switch to another business model or exit the sector altogether. In China, 6,500 such companies have all been forced to shut down, either by the police or failing business models. In Hong Kong, they have never been allowed to exist.

That leaves "buy now, pay later" as the only game in town. What makes the concept so refreshing and different from credit card debt is that entities like Afterpay, Affirm and Klarna stand ready to organize and promote the ecosystem.

These buy now, pay later companies lend to subprime borrowers and those who cannot afford the stuff right now. That is old hat. What is new is being able to force merchants to pay fees in exchange for facilitating sales.

But given the high operating costs and lending losses, I doubt these new companies will ever make a profit. Afterpay and its rivals have been around for seven years, with Australia's CommBank recently entering the arena, albeit reluctantly. Most Western banks do not want to touch the sector with a barge pole. I asked six lenders in China and none was interested. They have been burned too many times and appreciate that piling debts on subprime borrowers is not sustainable.

I see the fate of most fintech disrupters as being forced to either pack up, shut up or shut down. Microlenders, both online and offline, are already packing up. OnDeck sold itself for a song. Better-funded operators such as LendingClub and Sofi have voluntarily become part of the establishment by acquiring a bank or a banking license, effectively admitting their old business model is broken.

Many more operators will have regulations forced upon them, such as Ant Financial or Chinese mutual insurers, taming their edges and limiting their relevance.

All this is not to belittle the enormous contributions made by fintech disrupters. They have shaken things up and helped make banking and finance more convenient, efficient and inclusive for all. Along the way, many entrepreneurs have made a killing, and they deserve every penny of their fortunes.