The entrance of Ootoya in Tokyo, pictured on Sep. 8: the gambit would not be possible in jurisdictions like the U.S. that are more protective of general shareholders.   © Reuters
CopyCopied

In theory, this should be welcome news. Lack of a working market for corporate control defines what uniquely differentiates -- to its disadvantage -- Japanese corporate governance.

A closer look, however, shows that it is premature to celebrate the transaction as a victory for corporate governance. On the contrary, it reveals how weak legal protections for shareholders are being exploited by opportunistic domestic players to take control of smaller targets on the cheap.

Colowide's takeover of Ootoya follows a pattern that has become increasingly familiar in recent years, consisting of four basic steps that rely on inadequate protections for general shareholders. The gambit would not be possible in jurisdictions like the U.S. that are more protective of general shareholders.

Step one is the quiet acquisition of a beachhead position of 10%-20% of the shares of a relatively small and unprotected target. Two years ago, Colowide outlaid a modest 3.2 billion yen ($30.5 million) to acquire 19% of Ootoya's shares from a large individual shareholder when its market capitalization was a relatively small 16 billion yen.

Critical to the plan's success was that Ootoya was unprotected. Unlike larger and more established companies, it lacked a critical mass of corporate shareholders who could loyally refuse to sell out their shares to a bidder opposed by Ootoya management no matter how high the price.

Colowide's just-completed tender offer for an additional 28% of the stock at a hard-to-resist 46% premium represents step two. Added to its 19% beachhead position, Collowide's 47% stake gives it effective control of the company, leaving the remaining 53% of the shares in the hands of Ootoya's general shareholders.

Those shareholders who jumped at the 46% premium were in for a rude surprise. The 28% ceiling on the tender offer meant that -- to the extent the offer was oversubscribed -- they were precluded from a complete exit and were stuck holding shares in a company that was now controlled by Colowide.

Because of the coercive effect of partial tender offers, under U.S. law too good to refuse offers that deny shareholders a complete exit are subject to special conditions -- typically the requirement that they be approved by the target's board of directors or shareholders. Not so in Japan, where Colowide was able to complete its coercive tender offer over the strenuous objections of Ootoya's board.

Step three begins when the bidder uses its control to treat the target company as an internal division or servant company. Collowide has announced that it effectively intends to absorb Ootoya into its own network of domestic restaurant chains. Much to the chagrin of loyal Ootoya fans, Collowide will replace individually prepared meals at Ootoya restaurants with precooked meals manufactured at Colowide's 15 factories. Ootoya's general management, marketing and back-office functions will be shifted to Collowide headquarters. 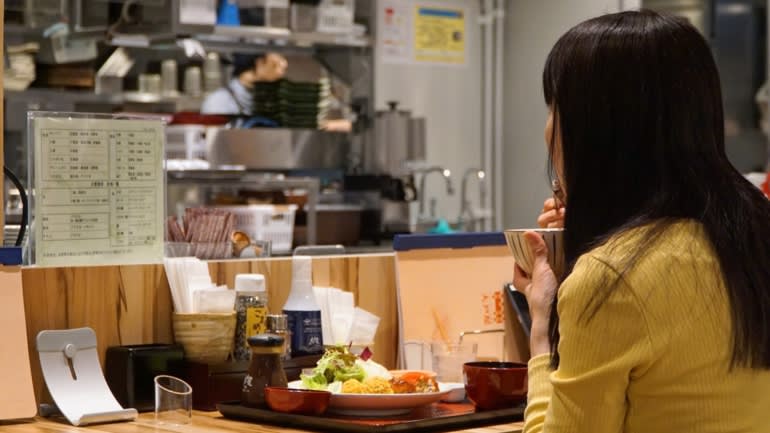 Inside of an Ootoya restaurant: much to the chagrin of loyal Ootoya fans, Collowide will replace individually prepared meals at Ootoya restaurants with precooked meals manufactured at Colowide's 15 factories. (Photo by Ryosuke Eguchi)

With Colowide in control of both sides of these transactions, it is ideally positioned to manipulate the economics to strip out profit from Ootoya at the expense of Ootoya's general shareholders. Conflicts of interest of this kind that are detrimental to general shareholders have long been tolerated in Japan, notably in the uniquely Japanese listed subsidiary structure, despite the growing consensus that they should be more carefully policed by independent boards.

By contrast, in the U.S. listed subsidiaries are virtually nonexistent because they would entail too much scrutiny and litigation. Any transaction between a controlling parent and a controlled listed subsidiary would automatically require independent verification that the economic terms were objectively at arms-length. Such transactions would be vulnerable to shareholder lawsuits claiming the parent was milking the subsidiary.

Japan's permissiveness on this front, on the other hand, permits an acquirer like Colowide to enjoy the benefits of full control at half the price and paradoxically encourages the proliferation of yet more listed subsidiary structures at a time when they are supposedly on the way out.

For Collowide, step four, the complete takeover of Ootoya at a bargain price is easily foreseeable. After the temporary sugar high in Ootoya's stock price due to the hefty tender offer premium, its stock price will naturally come down once the market registers that it is now a servant company run for the benefit of the Colowide group. Colowide is in a position to manage down Ootoya's stock price by stripping out profit and can then move to squeeze out the remaining shares at a future date when the timing and price are right.

In the U.S., the fact that the low squeeze-out price itself reflects Colowide's own wrongful profit stripping would provide a compelling basis for a court to second guess and adjust the squeeze-out price upward. Japanese courts, on the other hand, rarely reappraise the price at which general shareholders are pushed out by controlling shareholders.

Domestic players like Colowide are demonstrating that, in the right circumstances and with clever techniques, it is indeed possible to take control over the opposition of target management.

The irony is that the emerging market for corporate control is being built on the back of a legal system that continues to be unfriendly to general shareholders.