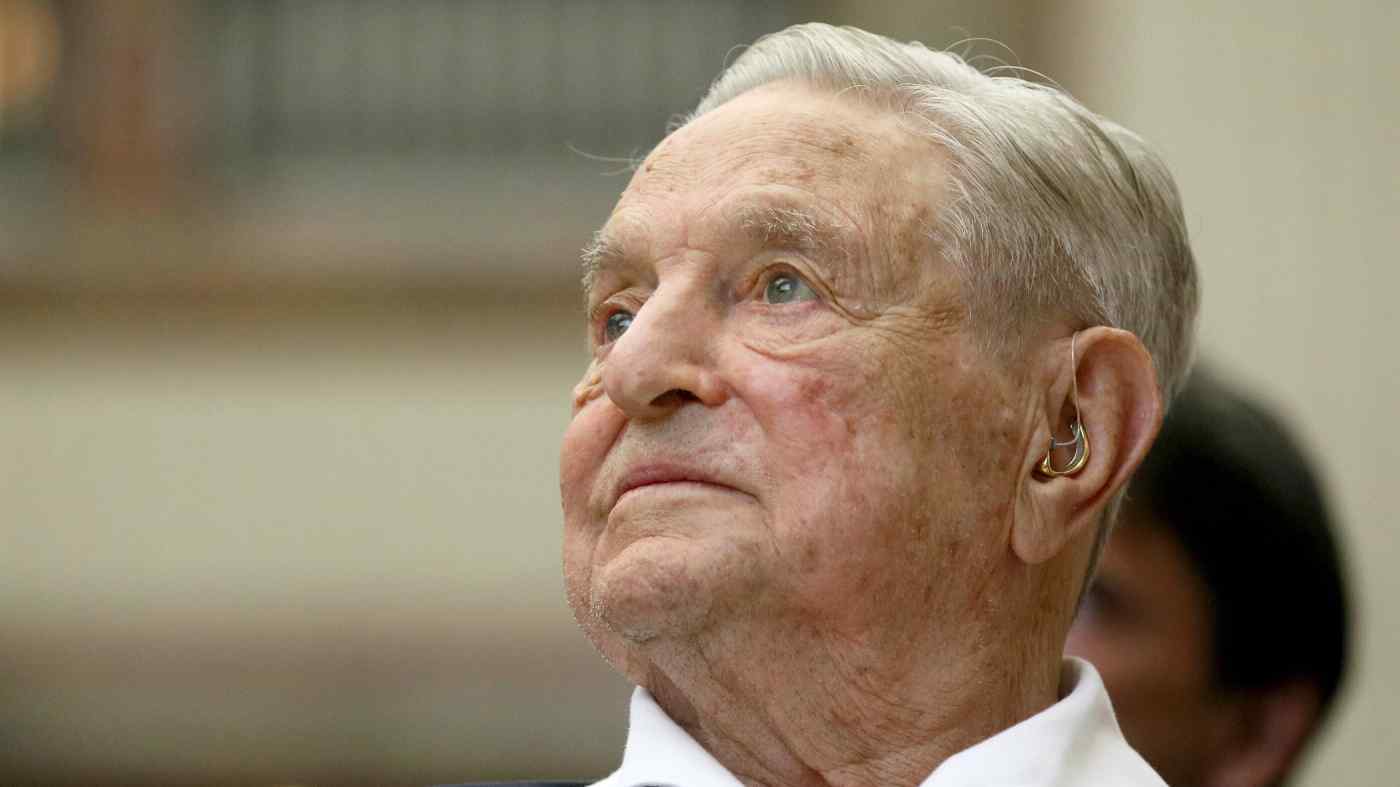 It gets worse when a billionaire infamous for shorting entire economies -- Malaysia, anyone? -- starts betting at least rhetorically against the biggest in Asia. Soros is now chiding BlackRock for leading the global race to invest in China, calling it a "tragic mistake" in a recent Wall Street Journal op-ed.

Soros, 91, is essentially out of the hedge fund game. He has stopped managing outside money and focuses mostly on philanthropy and U.S. Democratic Party politics, where he remains an influential backer of President Joe Biden. This makes Soros quite the lightning rod for former President Donald Trump and his conspiracy theory-crazed acolytes.

Yet Soros senses menace within China's leadership, putting him and Trump on the same page in at least one respect. In a recent column, "Investors in Xi's China face a rude awakening," published in the Financial Times on Aug. 30, Soros called Xi Jinping "the most dangerous enemy of open societies in the world."

Attacking the morality of BlackRock and peers pouring billions into China, Soros added in his WSJ piece that it "is likely to lose money for BlackRock clients and, more importantly, will damage the national security interests of the U.S. and other democracies."

Strong words, but probably not ones the Holocaust survivor uses lightly. Budapest-born Soros survived the Nazi occupation of Hungary in the 1940s. He later became a U.S. citizen and founded Soros Fund Management and the fabled Quantum Fund.

In the early 1990s, Soros earned the title of "The Man Who Broke the Bank of England" for shorting the pound, netting a roughly $1 billion windfall.

A few years later Soros made then-Malaysian Prime Minister Mahathir Mohamad's life hell as he shorted the ringgit. Now Soros is targeting Asia anew, at least in spirit, warning that Xi is taking China down a dangerous path that Wall Street should not be following.

"Today," Soros argued, "the U.S. and China are engaged in a life-and-death conflict between two systems of governance: repressive and democratic."

Bombast aside, it is hard to dismiss Soros' argument. He has a good point when he warns that Xi's crackdown on Ant Group's initial public offering and ride-sharing giant Didi Global means Xi's party is making all mainland companies "instruments of the state." A stealth nationalization of the private sector.

What, then, do investors think they are actually investing in? This tension between the globe's biggest money manager -- BlackRock -- and one of the world's most influential financial thinkers speaks to the minefield Xi has laid for international investors.

Paradoxes abound. China is making it supereasy for foreign investment giants to rush into its domestic markets. But his policies and assault on press freedom are making China Inc. more opaque and less accountable to shareholders. 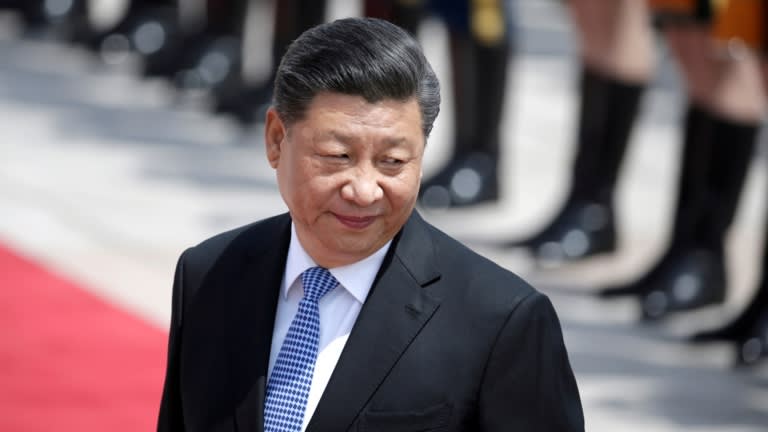 Xi Jinping, pictured in Bejing in May 2019: his policies and assault on press freedom are making China Inc. more opaque and less accountable to shareholders.   © Reuters

Soros, for example, worried there is an "enormous crisis brewing in China's real estate market." The will-they-or-won't-they default drama at China Evergrande Group, the most indebted property developer anywhere, suggests Soros might not be crazy.

By tightening Beijing's grip on the private sector, Xi is also empowering an inefficient state sector he pledged to shrink. His cybersecurity exploits, canceling of Hong Kong's freedoms, human rights abuses in Xinjiang and lack of cooperation on probing the origins of COVID-19 risk making overseas investors feel dirty about investing in China.

This has not stopped BlackRock founders Larry Fink and Robert Kapito from being the big-money vanguard. In June, the firm became the first wholly foreign-owned mutual fund in China. The firm has begun offering mainland individuals investment products. And this week, it raised about $1 billion for its first mainland mutual fund.

Ray Dalio is plenty enthusiastic, too. Dalio runs Bridgewater Associates, the largest hedge fund. Only it is not Soros telling Dalio his bullishness on China is bunk. Instead, it is China expert George Magnus who argues Dalio and his ilk are flat "wrong" to think Xi is making China a more vibrant place.

Again, Xi's actions in recent months raise questions about whether China is really as open for business as Western bankers think. His "common prosperity" agenda is sowing extreme chaos. The resulting fallout for economic growth -- and asset prices -- is imperiling global trust in "Xiconomics."

Xi's main obsession is winning an unprecedented third term as leader in 2022. But at what cost to China's global standing? Amid Trump's trade war, the future was China's for the taking. Its clout was surging. But Xi's tech putsch is both punching China's economy in the face and spooking international investors.

It raises questions about the timing of Xi's team launching a Beijing stock exchange. This runs cartoonishly counter to Xi's clampdown on China's most celebrated entrepreneurs. Xi's actions these last 10 months seem anathema to Deng Xiaoping's 1980s reforms, upgrades he pledged to accelerate. These days, Xi is channeling Mao Zedong too much for comfort.

China is free to ignore Soros' musings. The nonagenarian has let his rhetoric get away from him at times. But he has a point that crushing China's entrepreneurial spirit is no way to raise the nation's competitive game.