Activists hold the Georgian and the U.S. flags during a rally in Tbilisi on June 20: the results could decide whether the country's westward journey continues or falters.   © AP
CopyCopied

Andrew North is a freelance journalist based in Tbilisi. He has reported widely across the Middle East, South Asia, and Central Asia. He is a regular commentator on Asian affairs.

When voters in the small Caucasus nation of Georgia go to the polls on Saturday, Tesla-founder Elon Musk will be playing a tangential role.

The ultra-libertarian Girchi party -- which translates as pine cone -- is seeking to entice voters with a lottery offering Tesla cars as a prize if it makes it over the minimum parliamentary seat threshold. Previous Girchi stunts have included setting up a brothel at its Tbilisi headquarters.

How many cars Girchi gives away will depend on its final vote tally. That determines how much state-funding the party will receive, which it then plans to use to buy the Tesla cars -- before introducing a law to abolish state-funding for political parties.

This indirect approach is symbolic on many levels, reflecting a deep and enduring reverence for the U.S. in Georgia, where the main road from the capital's airport is named after former President George W. Bush. This overlaps with a long-held desire among Georgians to join NATO after decades under the Soviet yoke.

But indirect campaign tactics also speak to the main undercurrent in Georgia's politics: the never-ending efforts of the country's erstwhile overlord, Russia, to pressure its southern neighbor into staying within its orbit, regardless of the Georgian people's wishes. And the results of Saturday's vote could decide whether Georgia's westward journey since it regained independence from Russia in 1991 continues or falters. Ironically, Beijing could be a bigger beneficiary of a halt than Moscow.

On the surface at least, the pandemic is the dominant issue of the election campaign. The ruling Georgian Dream party initially did well in controlling COVID-19. It was hoping that narrative would deliver a solid parliamentary majority under the country's newly revamped electoral system, where most MPs will be elected via proportional representation. But a dramatic surge in case numbers has ruined that script and, if you will excuse the pun, the Dream is now having nightmares over the likely result.

It is an odd contest though. Georgia's de facto leader is not actually running for office and his main challenger lives in Ukraine, but their decadelong feud is the campaign's other main undercurrent.

On one side is Bidzina Ivanishvili, a multibillionaire former prime minister who now prefers a back-seat driver's role as Georgian Dream's chairman. The man trying to unseat him is the former president and ardent Americophile Mikheil Saakashvili, who supposedly has a day job advising the Ukrainian government. 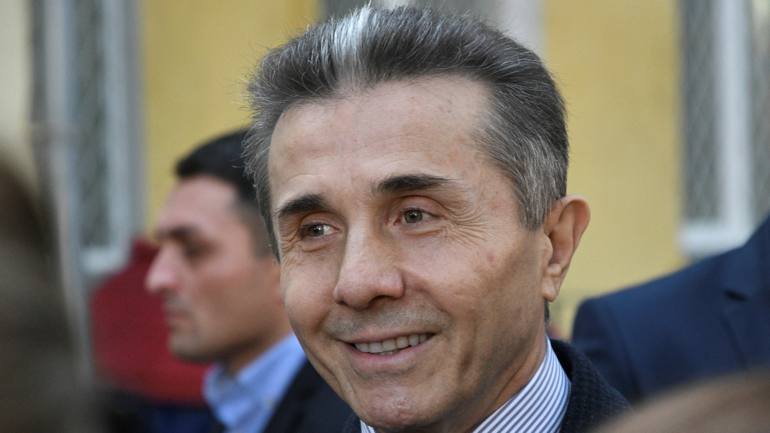 He fled the country seven years ago after Ivanishvili won power and made clear he wanted to see Saakashvili prosecuted. Saakashvili was later convicted and sentenced to jail in absentia for abuse of power --  a ruling he says was politically motivated.

Still, in an age of social media -- and social distancing -- not being physically present in a country you seek to lead is no obstacle for a politician as irrepressible as Saakashvili, whose United National Movement is polling in second place. Bolstered by his control of a popular television channel, Saakashvili has been able to run an optimistic, Reaganesque-style campaign from afar, taking people's minds off their face masks with a vision of a reborn Georgia.

Though a Saakashvili comeback would be a stunning political triumph, he remains a deeply polarizing figure. Loved by a hard-core of supporters for transforming Georgia from a post-Soviet basket case into a cradle of libertarianism in the early 2000s, he is hated in equal measure for his heavy-handed treatment of opponents. And for getting Georgia into a war with Russia in 2008, prompting Vladimir Putin's memorable line that he wanted to see Saakashvili "hang by the balls." Mikheil Saakashvili speaks via video link during a meeting with his supporters in Tbilisi in November 2018: his comeback remains unlikely.   © Reuters

Instead, it is Russia that has been hanging on to Georgia, literally. Twelve years later, Russia still occupies around a fifth of Georgian territory. The Georgian Dream has tried to reduce tensions since taking power, feeding charges that it is a Kremlin poodle, but Moscow has continued to grab smaller slices of land. Russia's indirect influence is also felt through its conspicuous backing for smaller parties and various disinformation campaigns.

Many also see signs of the Kremlin's hand in the collapse of a partly completed $2.5 billion project for a deep-water port at Anaklia on Georgia's Black Sea coast, which would have created a regional transportation hub bypassing Russia. The Asian Development Bank was among those ready to commit more funds before Georgia mysteriously withdrew its previously enthusiastic support. That has dented Georgia's image among foreign investors, especially in the West. Meanwhile, Beijing's involvement in Georgia grows apace, with a major highway project one of several big contracts won by Chinese companies.

With regular protests keeping the government on its toes, Georgia remains the freest country in the region. It was demonstrations last year that paved the way for the electoral reforms that give Georgia's Pine Cone politicians a good prospect of winning seats -- and perhaps the chance to give away a few Tesla cars.