Ghosn scandal -- the duties of a good manager One of the claims that has been frequently made is that the whole affair should not be treated as Ghosn's personal problem but as a failure of Nissan's governance system. These critics ask what the company's top managers were doing when they were supposed to be keeping an eye on Ghosn as part of their duties.

But in my view the key question is why Ghosn himself acted as he did when he allegedly failed to report his salary properly and used company funds for his own private purposes. Even if we allow that Nissan had a governance problem, why was Ghosn unable to govern himself?

The Franco-Brazilian-Lebanese executive, who denies the accusations against him, took control of Nissan at a time when cross-holding of shares (among group companies) was the norm in Japan. The system, designed to help fend off hostile takeovers, made governance by shareholders weak, so reinforcing the authority of the company chairman and the chief executive. To compensate for the weakness of shareholder control, lead banks often had governance control over Japanese managers.

However, when in 1998 Nissan fell into management crisis, its lead bank, Fuji Bank, did not have strong enough control over the carmaker nor was it able to provide assistance because the bank itself was suffering from high levels of bad loans.

In its place came France's Renault to Nissan's rescue. This put an end to bank-centered governance surrounding Nissan. The system was replaced by Renault, which acquired more than 40% of Nissan equity, and became the main instrument of governance.

Renault dispatched Ghosn, then its vice president, to Nissan as chief executive. He boldly laid off 25,000 Nissan employees, close factories and disbanded labor unions. He severed ties with banks and connections with the Ministry of Economy Trade and Industry. All this enabled Ghosn to revitalize Nissan sharply and quickly.

In 2005, Ghosn became chief executive of Renault as well as Nissan, giving him the top role at the Japanese company as well as at its biggest shareholder; that is, he had to manage Nissan as its CEO on the one hand and monitor the CEO of Nissan as CEO of Renault on the other hand.

This created a conflict between the two functions of management and supervision, resulting in, well, malfunction. It weakened Nissan's corporate governance as Ghosn the Nissan executive lost the discipline of being supervised by a different person at Renault. Without such a constraint, management naturally tends to turn autocratic. The new arrangements enabled Ghosn to use Nissan's human resources, goods and money at will.

In particular, Ghosn was noted for promoting people he personally favored and shunning his critics. For example, Greg Kelly, a close ally and a human resources executive, was appointed to Nissan's board of directors in 2012 despite his limited experience of manufacturing or marketing. In 2013, when Nissan's earnings dropped, Ghosn let go Chief Operating Office Toshiyuki Shiga, then the highest-ranking Japanese manager, in a move which pinned responsibility for the poor performance on Shiga. Nissan's top Japanese executives decided that it was best not to challenge Ghosn, and chose to acquiesce at and accept his autocratic style.

Now, there are calls for more reforms of Nissan's corporate governance, such as plans for a board committee on management compensation committee and another on management appointments. Such steps would strengthen governance.

But the real issue is to create a system in which authority is not concentrated in one person. The chief of the subsidiary -- Nissan -- and the biggest shareholder -- Renault -- should never again be the same. There must be a difference between the governors and the governed.

But any kind of management or corporate governance system has its limits. Ultimately, a manager driven by personal motives -- such as greed -- will somehow find a loophole, and exploit opportunities to act in ways which may be legal but are still totally inappropriate. Also, setting up ever more complex and rigorous regulation risks choking managers with red tape, making them rigid and inhibiting innovation.

As management guru Peter Drucker, who is widely followed in Japan, insisted, no company will survive in the long run if it fails to offer value to customers and work to create a future that rivals cannot duplicate. Creating the future, then, must involve acts which transcend a top manager's self-interest and personal profit. The manager must have vision, dedication and integrity. He or she must have a management philosophy.

Behaving in ways consistent with that philosophy is the essence of management. Adhering to such a philosophy is a tough challenge but on which those involved in the Nissan affair should be judged, starting with Ghosn. 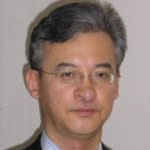 Kenshu Kikuzawa is a professor at Keio University.