Ghosn -- where the fault really lies

The decision by Nissan Motor's senior Japanese management to purge Chairman Carlos Ghosn by a criminal referral to the Tokyo Prosecutor's Office, and the prosecutor's willing acceptance of the matter, are the wrong solution to Nissan's systemic corporate governance failures.

An investigation that should have been treated as a noncriminal matter focused on systemic corporate governance failure somehow morphed into a criminal case against two individuals in the organization, Ghosn and his fellow director Greg Kelly.

While it may be that Ghosn and Kelly are eventually found guilty of criminal acts, Nissan executives should have focused first on a corporate governance inquiry. Later, if their own investigations -- supported by lawyers and accountants -- warranted it, they could have involved the prosecutor.

As it stands, at the time of publishing this piece (Nov. 28), more than a week after his arrest, Ghosn is in detention even though he has not been formally charged with any crime (a fact that awkwardly exposes the absence under Japanese law of habeas corpus).

The prosecutor's only public statement to date says that Ghosn is being questioned for submitting securities reports that underreported his compensation. News reports indicate that Ghosn chose to defer half his compensation until after retirement so that it would not appear in the current years to be "too large." (Whether under the disclosure rules deferred compensation is required to be reported currently is a nice technical question).

Later press reports suggest that Ghosn may be eventually be charged with more serious crimes such as embezzlement. Even so, idea that deposing Ghosn and having him arrested is the right way to cure Nissan's deep-rooted corporate governance problems is too convenient.

The prosecutor's statement -- misleadingly -- says that Ghosn's crime consists in the fact that he submitted the allegedly false securities reports. But the legal obligation is a corporate obligation of Nissan's, not an individual obligation of Ghosn's.

It is impossible that Ghosn, even acting with Kelly, could have caused Nissan to file a false report without the cooperation of dozens of others within the organization, as well as outside accountants.

If failure publicly to fully disclose Ghosn's Nissan compensation is the crime, why are Ghosn and Kelly alone being detained, and not also the others who collaborated? The prosecutors by arresting only Ghosn and Kelly have apparently jumped to the conclusion that these two were the sole criminally guilty parties in what is by nature a collective failure.

A further question: Where is the victim? The only plausible answer is Nissan's shareholders. But the $10 million or so in Ghosn's annual compensation that was deferred and not currently reported is a drop in the bucket compared to Nissan's $90 billion annually. If misreporting of this small magnitude is grounds for summary criminal arrest, then senior executives across Japan should lose sleep wondering if they are next.

So, why did Nissan's senior Japanese management, without apparently consulting with 43% shareholder and "alliance" partner Renault, choose to convert what easily could have been a noncriminal corporate governance matter into a one-off criminal complaint against two "bad eggs"?

It seems much more likely that the decision to purge Ghosn was made not for the benefit of Nissan's shareholders (who now find themselves with an imploding stock price) but for the benefit of the same Japanese executives who purged him. The real crime, for the Japanese management, was that they suffered for two decades under a dominant foreign shareholder and domineering boss. Ghosn claimed credit for "reviving" Nissan, but -- in the Japanese managers' view -- ran Nissan to prop up Renault and to create a fiefdom and lavish lifestyle for himself. Most recently, Ghosn was pushing for a merger of Renault, Nissan and Mitsubishi Motors that would install Renault in permanent command.

For Nissan's Japanese executives, purging Ghosn as a criminal solves several problems with one blow. It avenges them of their tormentor and restores their autonomy as managers. It also allows them to avoid accountability for their own complicity in allowing Ghosn to create his empire in the first place.

To ask the question pointedly: Where were Nissan's Japanese executives when "alliance agreements" favorable to Renault at the expense of Nissan's general shareholders were approved? Where were they when Ghosn's "excessive" compensation was approved? Who stood up to object? Who threatened to resign? Are the objections that Nissan's Japanese managers have to the proposed merger with Renault based on objective corporate concerns, or do they reflect merely personal resistance to serving under outsiders?

In short, framing Nissan's problem as a crime by two individuals does not address the collective lack of corporate governance that allowed Ghosn to create his empire. The real test for Nissan management is yet to come: after Ghosn, where will Nissan's governance go?

The criminal solution to the Ghosn problem, of course, would not have been possible without the prosecutor's cooperation. The prosecutor's past probes of alleged violations of corporate laws do not give much comfort about his behavior.

The "show" arrest of Ghosn as he landed at the airport, announced in advance by the prosecutors to the media, revives memories of the pre-announced arrest in 2004 of Yoshiaki Murakami at his Roppongi Hills office for alleged "insider trading." Murakami's emergence as a pioneer activist investor was cut short by his criminal conviction for insider trading, though his sentence was subsequently suspended on appeal after second thoughts arose about the legitimacy of the insider trading charge.

Three troubling parallels between the Murakami and Ghosn prosecutions stand out.

First, the criminal cases were instigated not by victims of the alleged crime. In Murakami's case, the instigators were corporate chieftains who felt threatened by the investor's "un-Japanese" hostile tender offers against Nippon Broadcasting and others. In Ghosn's, the instigators were fellow Nissan executives who wanted him gone. Prosecutors should in general should avoid taking sides with non-victims with axes to grind.

Second, in both cases, the alleged criminal infraction was highly technical. In Murakami's case, knowledge that another shareholder of Nippon Broadcasting might sell its shares was treated as "insider information" even though it was obvious that Nippon Broadcasting was in play. In Ghosn's case, the alleged failure to report deferred income, even if true, is immaterial to investors.

Finally, prosecutors in both cases accused the alleged perpetrators of "greed." Yet, as the Tokyo High Court commendably pointed out in suspending Murakami's District Court sentence, greed of itself is not a crime. Murakami and Ghost may both be avaricious, but that is no reason to deprive them of freedom.

The criminalization of systemic corporate governance failures at Nissan, and more generally in corporate Japan, will only defer and complicate a true accounting and real reform. 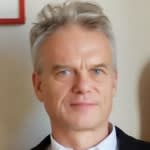 Stephen Givens is a practicing corporate lawyer based in Tokyo.