Green hydrogen can fuel the low-carbon world of the future 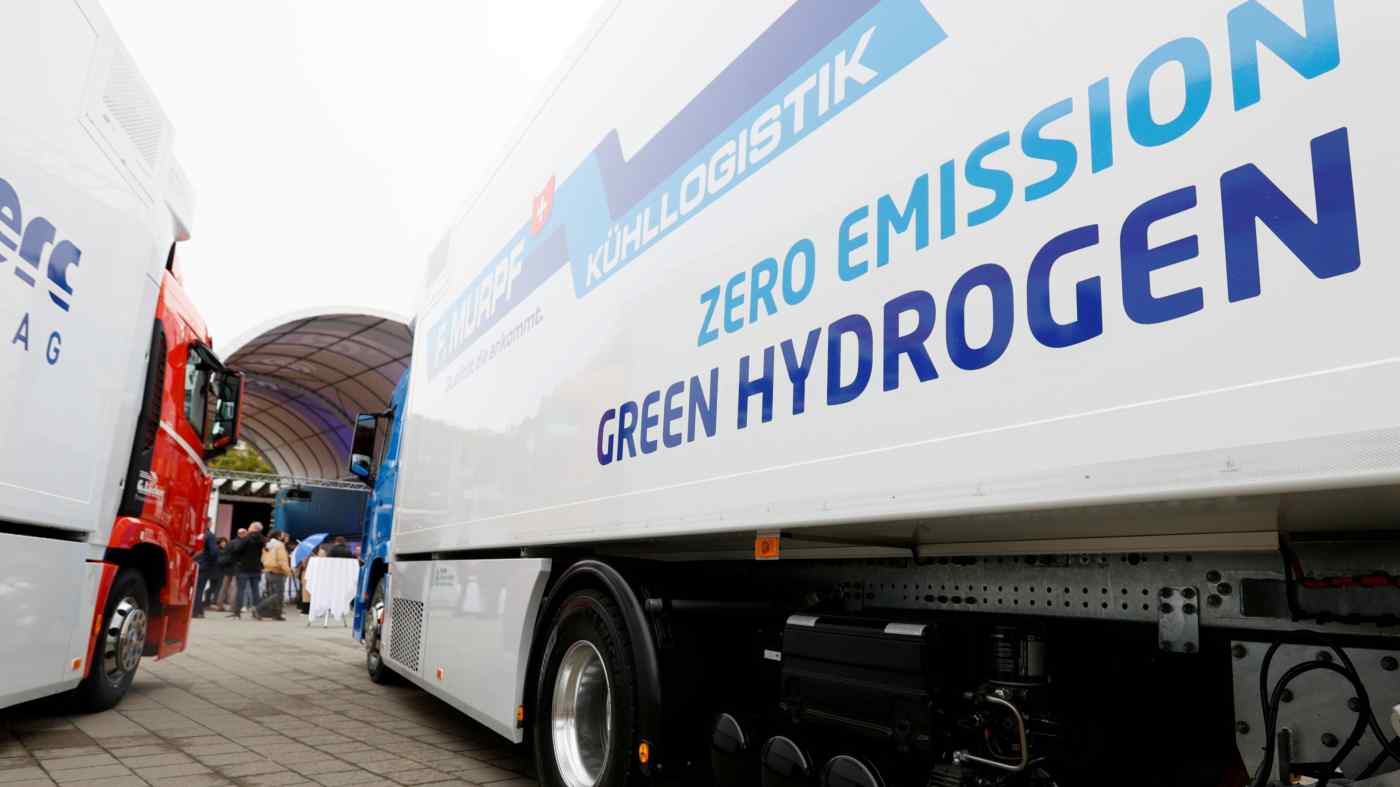 Arunabha Ghosh is CEO of the Council on Energy, Environment and Water.

India is not alone in having big ambitions when it comes to hydrogen. Green hydrogen, in particular, can impact how we make things, move things and mitigate climate change. But while Asia can be expected to drive future energy demand, much of the research is happening elsewhere.

A bridge is needed to connect green hydrogen research and development, production and use -- not only for industrial development but aggressive action on climate as well.

The planet is out of time. The Intergovernmental Panel on Climate Change says it is likely that within two decades global average temperatures will cross the critical target limit of 1.5 degrees Celsius set out in the 2015 Paris Agreement. To avoid runaway temperature rises of 4 degrees by 2100, the world needs to reach net-zero emissions by mid-2050. This is impossible without significant decarbonization of heavy industries and long-distance transport.

Green hydrogen is produced using renewable energy, often involving splitting water into its constituent elements. It could be a game-changer for heavy industries such as steel, ammonia and petrochemicals, and long-distance freight transport. Consider the following three necessary, desirable and likely trends. Narendra Modi addresses the nation during Independence Day celebrations in Delhi on Aug. 15: The Indian prime minister called for energy independence by 2047.   © Reuters

Secondly, from negligible applications in end-use sectors today, by 2050 nearly three-quarters of hydrogen could be used in transport and industry, with the remainder used for power generation and buildings.

Thirdly, there will be geographical shifts. Hydrogen demand is currently projected to be concentrated in China, followed by the U.S. and Europe. But BP's 2050 net-zero outlook anticipates much faster energy demand in India and other Asian economies and the rest of the world.

At least 32 countries plus the European Union have either announced or are developing policies and strategies for hydrogen. At least 24 have targets and pilots for green hydrogen, but it is still far from being ready for commercialization.

Path dependency in national programs could lead to suboptimal outcomes such as continued reliance on fossil fuels to produce hydrogen or insufficient attention toward using hydrogen to reduce industrial greenhouse emissions. Many tropical countries have optimal renewable resources to produce hydrogen. Only seven countries in Asia have hydrogen programs; two are developed economies and three are already major oil and gas producers.

While there are more than a dozen bilateral partnerships focused on hydrogen, they seldom involve developing countries, are not oriented toward joint technology development and do not focus on deploying technologies in countries that will have the greatest energy demand.

For the world to meet green hydrogen and net-zero emissions targets, more collaborative action is needed. That is why a global green hydrogen alliance could speed up the development, commercialization and diffusion of this key technology. Such an alliance should be designed as a multicountry network to assess, develop and design affordable green hydrogen technologies that can be deployed at scale, in advanced and developing economies.

What would such an alliance do? For starters, it could build a global inventory of hydrogen programs to increase transparency and connect innovators and companies. Periodic technology assessments would identify gaps and create opportunities for joint research. The alliance could promote collaboration as long as any initiative has at least two countries as sponsors.

Finally, technical supervisory committees could set standards and protocols -- and conduct inspections -- for safe hydrogen storage and transportation. None of these functions requires a large, bureaucratic secretariat. The alliance could be designed on a networked governance model, and pilot programs could be up and running in developing countries by 2025.

To make any of this happen, collective political leadership is needed. Japan has decades of experience with hydrogen R&D. India is showing policy and business commitment. Australia is looking to hydrogen for energy security and also targeting exports on a massive scale. With the U.S. also forging partnerships as well, can perhaps the Quadrilateral Security Dialogue serve as a starting block for an inclusive green hydrogen platform?

A global green hydrogen alliance must follow a risk-risk approach. Failures in technological development or end-use applications should be contrasted against the risks of failing to rapidly reduce emissions and combat climate change.

Green hydrogen has the potential to be a foundational fuel for a low-carbon world. We must avoid mercantilist instincts. For prosperity and the planet, collaboration is a better route to energy security for all.