HKEX's $39.5 billion bid for relevance is bound to fail 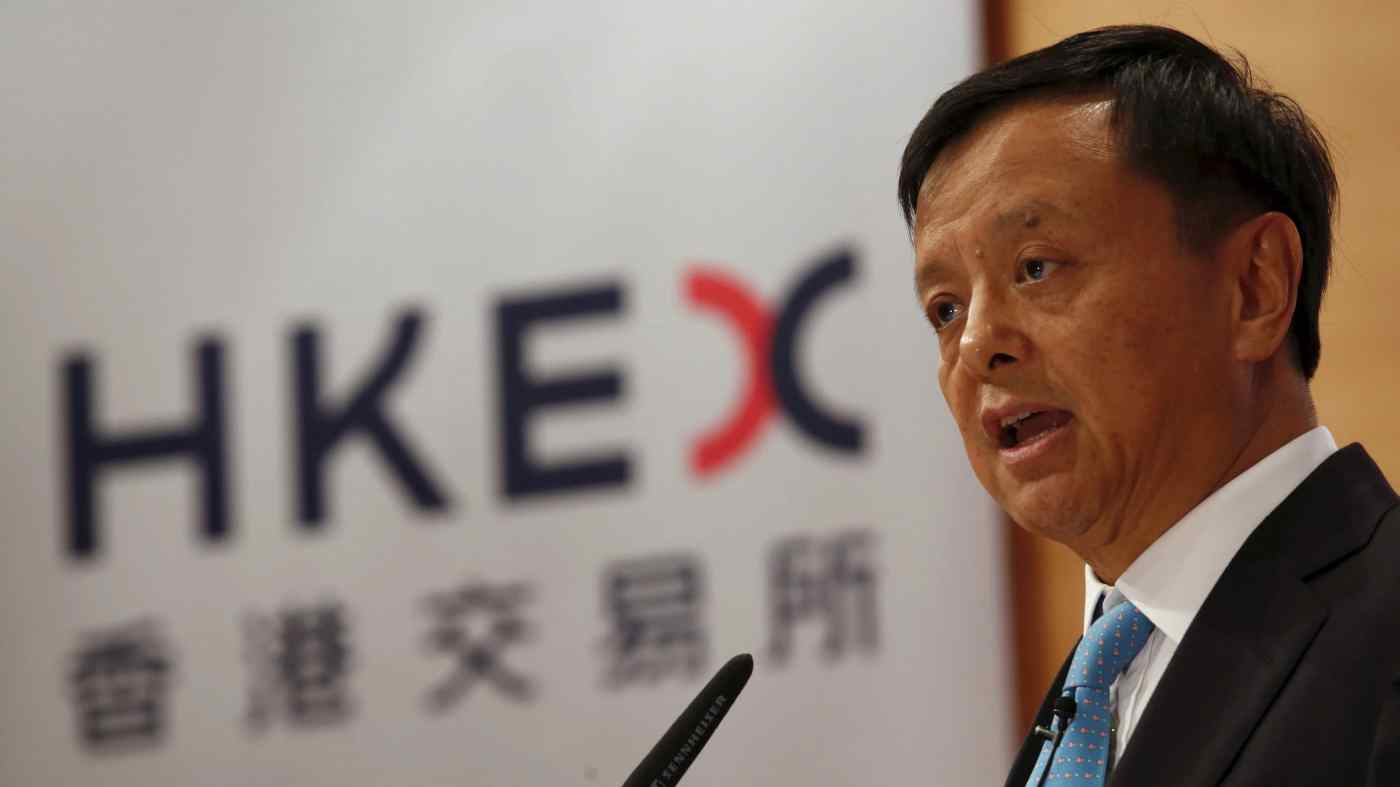 The leaders of Hong Kong Exchanges & Clearing have sketched out an optimistic vision of global growth to justify their bold 32 billion pound ($39.5 billion) bid to buy the London Stock Exchange Group.

But instead of a sign of confidence, the offer is arguably a last desperate attempt to keep HKEX relevant in a shifting environment where China is widening access for foreign investors to its markets and its own new equity listings are showing signs of decline.

HKEX has struggled to keep up its profile over the past decade. While it plays host to Hong Kong's largest companies, the reality is that the exchange is highly dependent on the listings and goodwill of mainland Chinese companies.

Such listings now account for nearly 70% of HKEX's market capitalization. Moreover, the exchange's most significant innovation over the past five years has been the establishment of so-called "Stock Connect" links with counterparts in Shenzhen and Shanghai which enable offshore investors to buy domestic Chinese stocks via the HKEX's trading system.

The programs have been successful but are the exchange equivalent of eating someone else's lunch. To keep them flourishing, HKEX must depend on the goodwill of mainland exchanges and regulators.

The times they are a-changin', however. On Tuesday, China's foreign exchange regulator announced the complete removal of quota restrictions for foreign portfolio investment into domestic Chinese stocks.

Beijing is reworking this program to encourage foreign institutions to invest directly into China, offering them access to a full range of financial products and onshore facilities.

This is something that HKEX's Connect programs cannot do. They are viewed by the mainland regulator as a side door for Chinese stock buys by offshore retail investors rather than a potential premier investment channel.

New listings on the HKEX meantime fell off dramatically in July and August compared with the year before amid weakening sentiment due to China's slowing economy and antigovernment protests in Hong Kong. Alibaba Group Holding's secondary listing on the exchange, which had been expected to raise as much as $20 billion, has been postponed in part to avoid the appearance of a leading mainland company giving the city such a symbolic boost at this tense time.

It is from this environment that HKEX has launched its unsolicited bid for the LSE. The HKEX has been looking at this as a possibility for some time but the LSE's $27 billion deal to buy data provider Refinitiv presented a "now or never" choice.

Indeed, HKEX Chief Executive Charles Li compared his company's bid to buy the LSE to the courting of Romeo and Juliet. Shakespeare's play though is a tragedy where both characters end up dead at their own hands. Surely Li hopes for a better future for HKEX than that.

HKEX is no stranger to buying London assets. In 2012, it spent 1.39 billion pounds to take over the London Metals Exchange in pursuit of a leading position in global commodity markets.

Much has changed since, plus LME is a much smaller operation than the LSE. London and Hong Kong are each now facing huge upheaval due to Brexit and antigovernment protests respectively.

Li set out a broad vision for the HKEX in March intended to sustain the company as the preeminent exchange for accessing China. While the Shanghai Stock Exchange and the LSE formally launched a Shanghai-London Stock Connect a few months ago with minimal initial impact, HKEX could once against corner its gateway position by absorbing the LSE.

Indeed, Li this week talked of the combined HKEX-LSE as global giant that could span an 18-hour trading day. That all sounds good but will likely fail in practice. Very few exchanges have been able to pull off all-day trading simply because their investor base and news flow is mostly local in nature. The HKEX struggled a few years ago to even shorten its lunchbreak to an hour due to pushback from local brokers so what hope is there for all-day trading?

But forget the mechanics of what could or could not be done by a combined entity. Even if the LSE board and shareholders want to dump their long-sought Refinitiv deal and stay focused on trading and clearing, will a merger with HKEX ever get past regulators?

The LSE does not just trade stocks. Via the London Clearing House, it is the leading clearer of interest rate derivatives. It is also a key platform for European bond trading and very much a major node of global financial architecture. Will U.K., EU or U.S. regulators be happy with control of such an entity going to a Chinese company?

The LSE does not just trade stocks.   © Reuters

HKEX may insist that it should not be seen as a Chinese nor Hong Kong company but as a global one. Yet the Hong Kong government remains its largest shareholder and appoints six of its 13 board directors.

HKEX is very much a Hong Kong company and by extension is open to direct and indirect pressure from Beijing. For those with any doubt about the corporate realities of Hong Kong, just ask Cathay Pacific Airways which is now replacing its top three officers under explicit pressure from the north.

HKEX Chairman Laura Cha says she does not expect too many regulatory hurdles to taking over the LSE. This brings to mind another tragic episode from Shakespeare, the remark from "Hamlet" that "the lady doth protest too much, methinks."

In the new Trumpian world of decoupling from Beijing, any Chinese buyout of a major international company is bound to come under tremendous scrutiny. It is naive to think otherwise.

Moreover, with Brexit looming, the U.K. needs as many homegrown global champions as it can manage to remain relevant as the country leaves the EU. Allowing the country's showcase market to be bought by a Chinese company exploiting the cheapness of the pound would hardly bring about the sunny new day promised amid the breaking of links with continental Europe.

The shine will likely fade from HKEX's plans within the week. It is too easy to say no to the deal rather than struggle with all the China angles it throws up. HKEX will need to rethink its strategy once again.

Hats off to Li for staying on the lookout for expansion opportunities but he is fighting a rear-guard action. HKEX can play a role that neither Shanghai nor Shenzhen ever can as Hong Kong is outside China's great currency firewall, but the exchange's position remains at the discretion of Beijing. HKEX may dream globally but it is constrained to play locally.