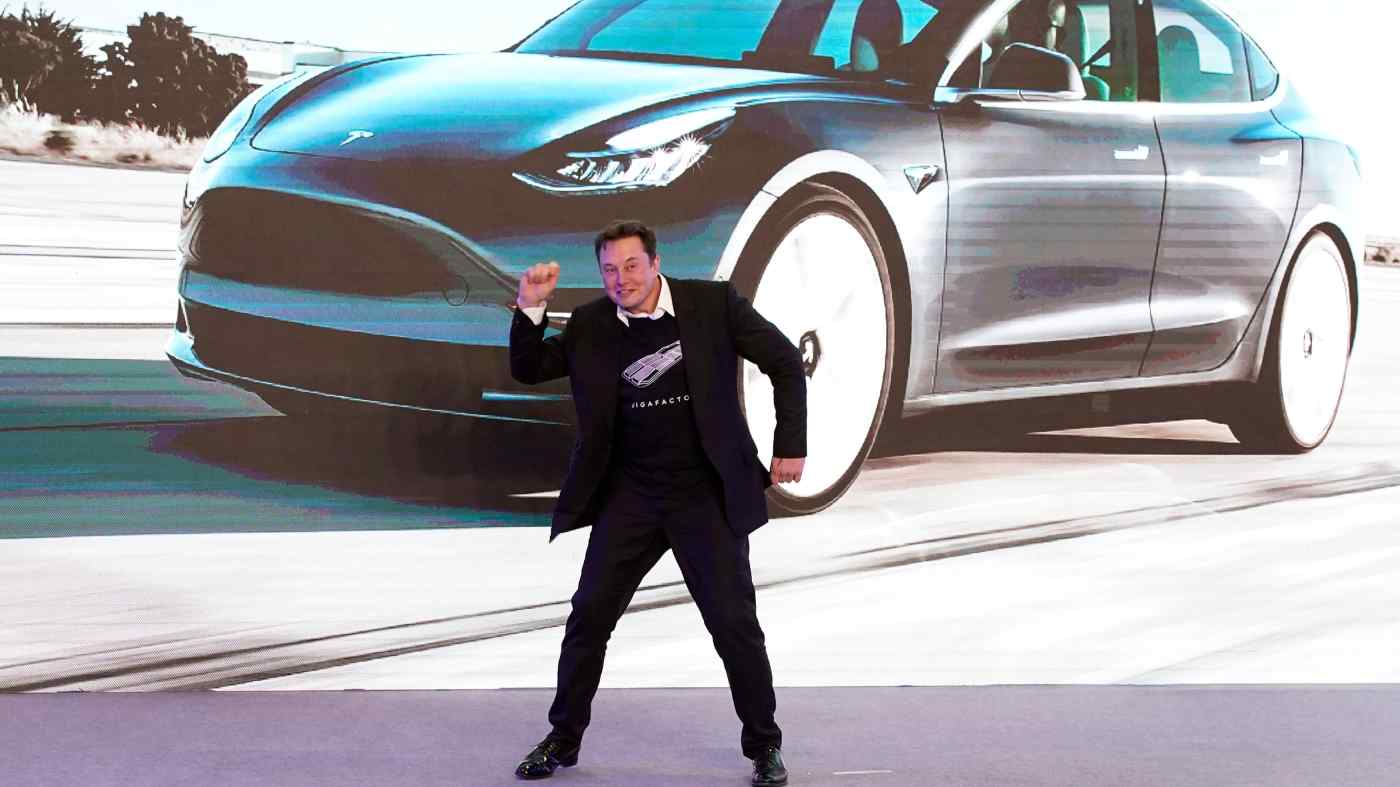 Elon Musk dances onstage during a delivery event for China-made Model 3 cars in Shanghai on Jan. 7: his operation is not hampered by the galaxy of moving parts.   © Reuters
CopyCopied

As Elon Musk's Tesla blows the doors off Toyota, it is painfully clear how slow Japan Inc. has been to get the memo.

It is easy to get sidetracked by the spectacle surrounding a man of Howard Hughes-like eccentricity. Musk's Twitter feed alone is almost as nutty as @realDonaldTrump -- and apt to send Tesla shares for the occasional wild ride.

Even though it sells a fraction of the 10 million vehicles each that Toyota and Volkswagen do annually, Tesla's market capitalization is in overdrive. The most financially valuable auto company dwarfs the combined market cap of General Motors, Ford and Fiat Chrysler. Its roughly $370 billion valuation is equivalent to Hong Kong's annual gross domestic product. Fitting perhaps, with Tesla taking China's market by storm.

Not that Japan has noticed. Musk once hoped it would be his second-biggest market. Japan sales are such a small share of the 367,500 cars Tesla delivered in 2019 that it does not disclose them. Explanations why include: limited brand recognition; a small dealer network; questions about its capacity to service cars; a direct-to-customer model at odds with Japan's obsession with hospitality-centric shopping.

At the same time, Musk appears to confront a John DeLorean problem. Will posterity also remember Musk as a brash showman who couldn't deliver on his hyped vehicles? Clearly, Tesla's share-price-versus-sales ratio has many on Wall Street and in Silicon Valley with popcorn out waiting for the bubble to burst.

But forget the stock rallies and weird founder worship that fuel the Muskian cult of personality. The Tesla-versus-Toyota drama says a few things about why Japan Inc. is stuck in first gear as upstart economies throughout Asia shift upward.

One is a continued obsession with hardware over software. What Toyota long missed about Musk is that he is not selling cars. He is selling an iPhone with wheels. The vehicle itself is merely a medium to market the software undergirding the iTunes-like community that he is building.

The data Tesla collects from users, their environs, interests, tendencies, travel habits and the range of behaviors will arguably be more valuable than the engines and high-performance batteries powering them. This enables Tesla to hone the customer experience, while discerning where the market will veer next.

Tesla reminds Japan that disruption is a necessary evil for economic evolution. In a February 17 deep dive into Toyota's Tesla problem, the Nikkei Asian Review looked at Japan-centric worries about upending supply chains. Tesla makes its own chips and constantly tweaks its Model 3, Model S and Model X vehicles on the fly.

Musk's technology is the heart of Tesla's self-driving capabilities. It also makes Tesla less about engineers than programmers. Old-school car enthusiasts can quibble with this prioritizing. What is not in dispute is that it has Toyota looking over its shoulder.

Considering their vast talent pools and massive resources, Toyota, VW and their peers should have no problem catching up with Tesla before 2025. Japanese automakers, though, seem focused more on legacy than innovation. Toyota is proud of the global supply-chain system it helped pioneer. Each Toyota product contains components that create millions of jobs. Big automakers feel obliged to preserve a system for which Tesla has no use.

We can debate the merits of this sense of corporate responsibility. The fact remains, though, that Musk's operation is not hampered by this galaxy of moving parts. By keeping many of these functions in-house, Tesla can innovate 24/7 and implement a new technology tomorrow, not in 2025.

Tesla also reminds Japan where the real big money is: renewable energy. The story that got the most attention last week was the 27.8% annualized plunge in Japan's economy between April and June, wiping out any gains under Prime Minister Shinzo Abe since 2012. The most important, though, was news that Panasonic is plowing $100 million into electric-vehicle batteries for Tesla.

Admittedly, the Panasonic-Tesla relationship has had its rocky moments -- on Twitter, at least. But in 2014, when Musk was building his original $5 billion Gigafactory in the Nevada desert, the Japan Inc. icon was one of his first calls. Panasonic's decades of research and development on battery technology are now more valuable than ever. 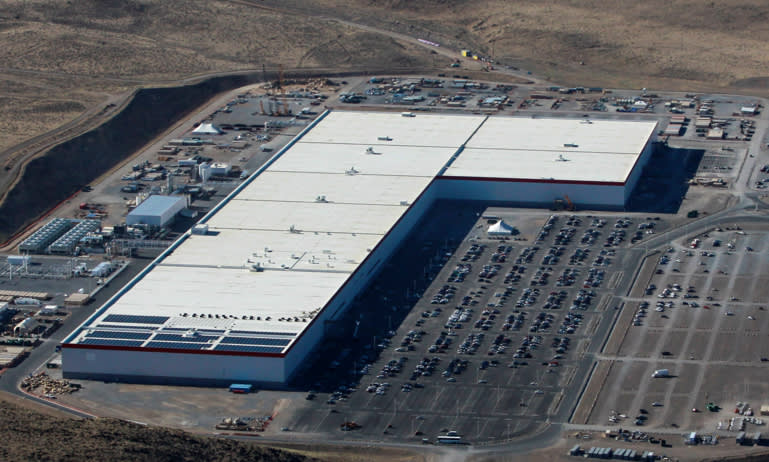 Tesla's Gigafactory in Nevada, pictured in August 2018: Panasonic's decades of research and development on battery technology are now more valuable than ever.   © Reuters

Panasonic is wisely strengthening its focus on the automotive battery industry that netted about $4.5 billion of sales in 2019. There is no reason why Panasonic cannot add a zero to that figure in short order. Or why Japan Inc. cannot add two or three zeros, raising living standards and economic growth.

Right in Japan's backyard, economic giants like China, India and Indonesia risk choking on rapid growth. The real opportunity is inventing carbon-neutral ways to power cars, airplanes, ships, homes, commercial buildings, you name it. Musk's Panasonic adoration reminds Japan that its technology once changed the world. And that it can do it again.

There is an argument that Musk has already won. That Japan, Germany and Detroit will never catch Tesla. And, frankly, there is a merit to this view. But this threat is also a catalyst for Toyota and peers to raise their games. Perhaps Japan Inc.'s, more broadly too.