Beneath a stagnant surface, profound social change is taking place 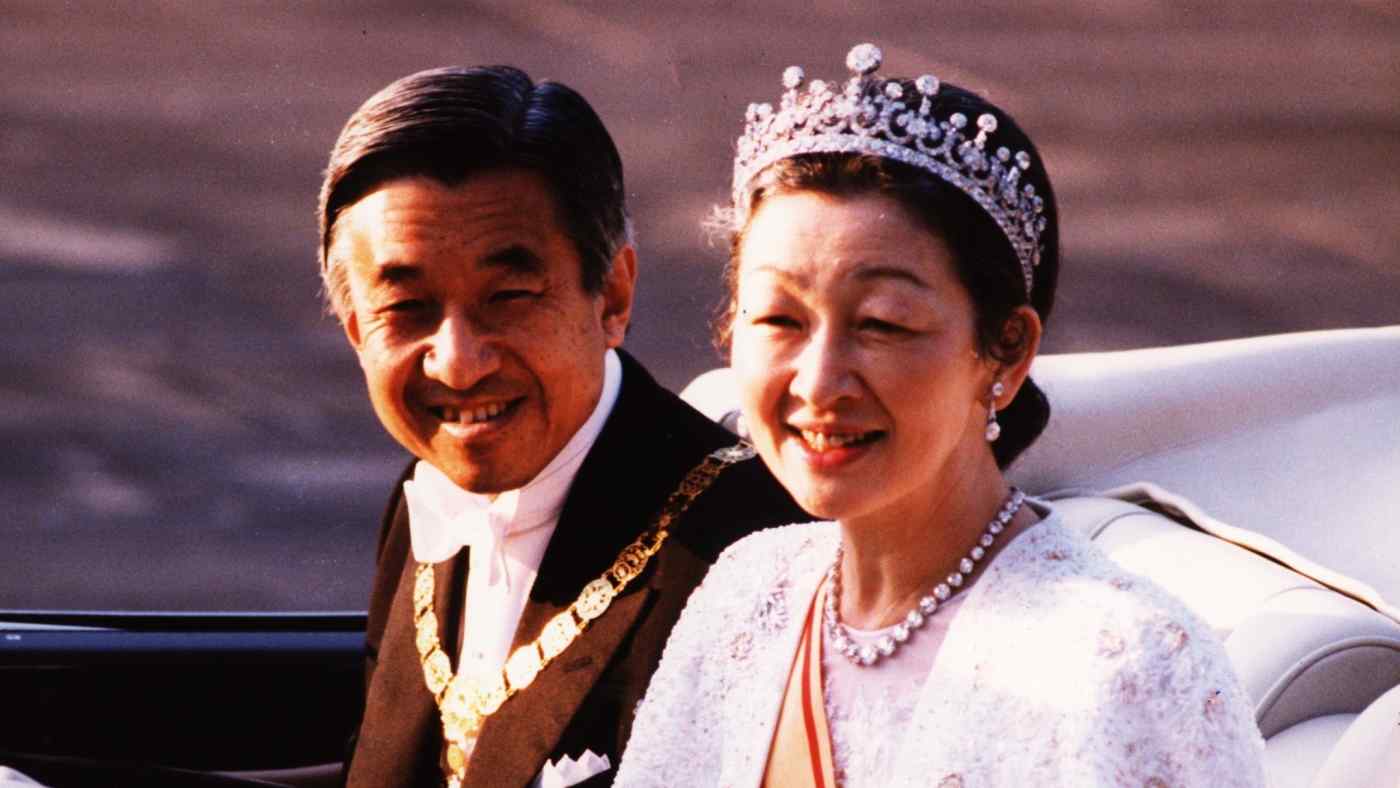 Japan's Emperor Akihito and Empress Michiko smile as they start a parade from the palace on the day of his enthronement.
CopyCopied

The imminent abdication of Japan's Emperor Akihito marks the end of 30-year Heisei Era, 1989-2018. The preceding era, Showa, 1926-89, was a traumatic period dominated by the Second World War and post-1945 national recovery.

Japan at the end of Showa was completely transformed. What then can we say about Heisei looking back? If you ambush a regular Watanabe with this question, they may scratch their head.

The reaction is understandable. On surface, what appears significant about Heisei in Japan is that nothing significant happened, despite the bursting of a horrendous financial bubble. Somehow Japan's social shock absorbers limited the upheaval.

Even though property prices plummeted in the early Heisei years, overall consumer prices were remarkably stable, rising by a scant 0.5% annually. Politically speaking, the once-dominant Liberal Democratic Party briefly lost its grip but the non-LDP administrations barely had an impact before voters scurried back to the LDP, which now faces only weak challengers.

Most importantly, Japan's population, among the youngest in the developed world Heisei's start, is now the oldest and is declining. The increase over the whole of Heisei was just 3% compared to 32% in the U.S. and 23% in China.

But, it is quite wrong to write off Japan as a geriatric sunset country where the only changes that can be expected signal decline. The stagnant-looking surface only needs a ripple to reveal dramatic change.

That change in a nutshell is the crumbling of a rigid socio-economic system, in which government ministries and large companies dominated. In the Heisei era, the bureaucrats and the business chiefs have seen their influence break down in ways that profoundly affect corporate and personal life.

In the global ranking of companies by market capitalization in 1989, there were 32 Japanese names in the top 50, whereas in 2018 there was only one, Toyota Motor.

National decline? Perhaps. But we need to go deeper to see the impact of the fall of mighty. Out of the 32 companies listed at the beginning of the Heisei period, a full 15 were financial institutions which suffered huge losses when the financial bubble imploded in the early 1990s.

Their downfall damaged the reputation of companies that had been seen as Japan's top corporate employers, sitting atop of a pyramid of status, within which organizations the young aspired to climb through promotions. The banks' debacle undermined the whole top-down system.

Today, graduates from top schools such as University of Tokyo may still choose to work for ministries and large companies, such as trading groups, but many leave midcareer in their 30s. They may start businesses or go to work for Google. Japanese workers today appear to be more flexible than their parents. In fact, Government statistics show that rate of employees who changed jobs in the past one year continued to climb up throughout Heisei in all age bracket. For example, for the age bracket 25-34, 7.4% of the employed claim to have switched employers in the year to September 2018, a 40% increase from 5.3% during 1989.

As lifetime employment became antiquated and the corporate hierarchy crumbled, employees, whether they liked it or not, started taking their destiny in their own hands.

The decline of the mainstream is unnerving yet liberating. People's values have been shaken, and in a good way. Compared to 30 years ago, there is much greater social diversity.

Women are finally playing a more active role. When I was growing up in the 80s and 90s a sneering remark from adults compared women to Christmas cake, meaning that past the age of 24 they were no longer marriageable. Now the average first marriage age for women is 29, up from 26 at beginning of Heisei. Female participation in the labor market has jumped from 55% to 65%. (A few) more men help care for their children.

Many Japanese males preserve their prerogatives at all costs, even, for example, at the expense of downgrading academic entrance exams for females as was witnessed in the 2018 scandal of Tokyo Medical University.

But I am hopeful for post-Heisei Japan. Japan Inc.'s Showa-era protectionism paralyzed most Japanese. Young Japanese today are increasingly searching for individual ways of life. Diversity may not be the new mainstream but it is now well-established. LGBT is no longer a taboo.

Meanwhile, Japan is opening its borders, albeit cautiously. Foreign tourist numbers have swelled from under 3m 30 years ago to 30m and rising. Foreign workers are arriving at record rates, in response to labor shortages. The foreign-born population has risen from just 0.6% to 2% of the total during Heisei and is set to climb further thanks to Prime Minister Shinzo Abe's latest liberalization moves.

With so much in flux, the old emphasis on making money at all costs is changing somewhat. Some young entrepreneurs say they are not pursuing maximum profits but sufficient profit to support their businesses and their lives. Hyakushoku-ya, a restaurant chain started by a young Kyoto couple with a strict daily cap of hundred meals, is one example. There single mothers and handicapped chefs gladly working short hours in an industry where late-night shifts are the norm.

Even the legendary Tokyo monopoly is recently called into question. Tokyo's contribution to nationwide GDP peaked at 19.6% in 2012 reducing to 19.2% in 2015, the latest year the Government data is available.

Young Japanese see that Tokyo is not everything -- perhaps it is cooler to be a somebody in the provinces, working possibly for a hidden champion with a global niche, than a nobody in the capital. The internet eases the process.

In the past, when the ancient regime has melted down, as it did in the 19th century Meiji Restoration or after World War II, Japan has gone through renewal. It takes only an inquisitive look under the surface to realize that Heisei Japan too, has begun a significant transformation.

But for that transformation to succeed a lot more needs to happen. Japan needs innovations big enough to revitalize economic growth. Women, foreigners and startup nerds will help. But post-Heisei Japan faces plenty of challenges.