Art is only as free as its most restrictive censor 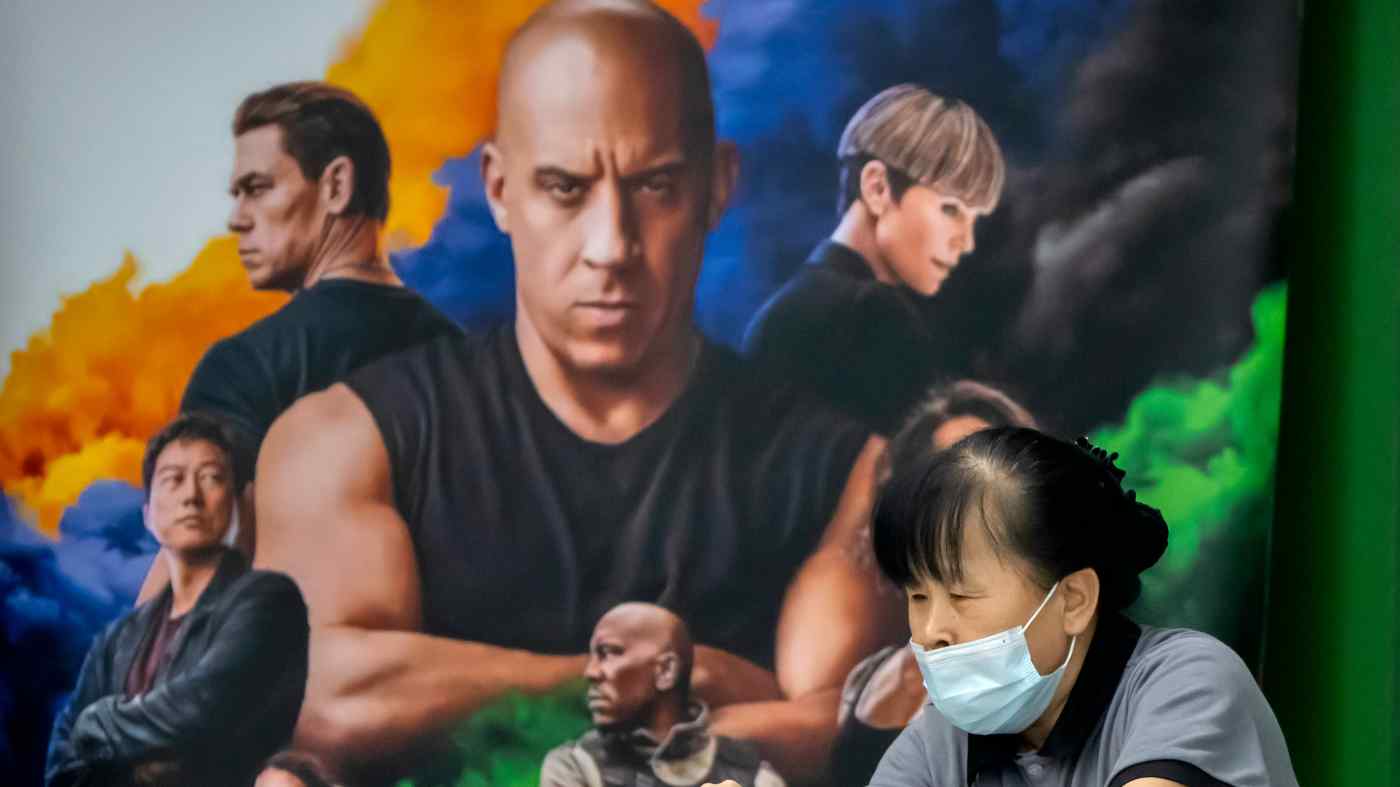 A poster for the movie "Fast & Furious 9" at a shopping mall in Beijing, pictured on May 26: actor John Cena apologized after calling Taiwan a country in promotional interviews for the upcoming film.   © AP
CopyCopied

Anthony W. Holmes was special adviser for North Korea in the Office of the U.S. Secretary of Defense from 2017 to 2021.

The image of an American celebrity apologizing in Chinese to "the Chinese people" for the offense of referring to Taiwan as a "country" caught the attention of many in the Anglophone world.

It was jarring to see John Cena, a man whose physical strength, philanthropy and overall nice-guy image have seen him ascend to pop-culture meme status, begging for the Chinese Communist Party's forgiveness so that China's censors would not pull his latest film from the Chinese market.

But those in the Asia specialist community were not surprised by Cena's decision. I want to be very clear that I am neither impugning his character nor maligning him personally. His apology made sound business sense, after all. His actions simply reflected the self-interest of a man who was already learning the Chinese language because he, like Hollywood as a whole, can see where their proverbial bread is buttered.

Cena's example is not isolated. Over the last decade or so, China's censors have carefully, meticulously and incrementally changed how Western entertainment is made to suit Beijing's tastes and reinforce its preferred political and social messages.

The evolution of the practice is impossible to ignore. In order to gain access to the lucrative Chinese market, Western movies have gone from allowing China's censors to alter or remove scenes before they are shown in China -- Judi Dench as "M" in the James Bond film "Casino Royale" had to rerecord a single line of dialogue to omit mention of the Cold War -- to adding China-specific scenes for Chinese audiences such as the infamous hospital scene in "Iron Man 3," to cases where the version of the movie shown everywhere is the Chinese censor-approved version.

In the global trailer for the upcoming "Top Gun: Maverick," the flags of U.S. ally Japan and de facto U.S. ally Taiwan were removed from Tom Cruise's flight jacket seen in the 1986 "Top Gun" and replaced with meaningless symbols. This is a movie about the U.S. Navy that received official U.S. Department of Defense backing. In the trailer of "Top Gun: Maverick," Japanese and Taiwanese flags that were on the jacket worn by Tom Cruise in the original movie have been replaced with other symbols. (Screengrab from Twitter)

The website ScreenRant noted that recasting the usually Tibetan character Ancient One in 2016's "Doctor Strange" as a Celtic character was likely an instance of prior restraint on Marvel's part, given Beijing's prickliness toward Tibetan spirituality.

Arguably the most famous and bizarre example was the 2012 remake of "Red Dawn," which was edited in postproduction so the invading army was North Korean instead of Chinese.

This applies to actors as well. Leading man Richard Gere is blacklisted from working for any film with potential international high-earning status because his presence would immediately see it banned by China's censors over his outspoken support for Tibet and his relationship with the Dalai Lama.

This trend is only likely to increase as more films are coproduced by Chinese companies in order to take advantage of the perks offered by China's 2017 Film Industry Promotion Law, which allows producers to receive more of China's domestic box office gross and not count as heavily regulated foreign films for the purposes of determining the number of theaters it may be shown in. In exchange, all Hollywood has to do is provide the script ahead of time, have CCP-backed investors and ensure the film suits China's socialist core values.

Using a Chinese crew or portraying China in a modern, positive way will also earn you perks. You may have noticed these trends.

Gratuitous cameos by Chinese actors; the action abruptly shifting to Macao, Shanghai, Hong Kong or Beijing; and scenes where CCP officials show up to resolve a difficult issue in a preternaturally competent and humane manner are partly behind plot decisions in blockbusters like "Iron Man 3," "Independence Day: Resurgence," "Pacific Rim: Uprising," various Transformers films, Marvel movies -- the list goes on.

There is no analog in recent memory for Americans like me who grew up in the rich pop culture of the 1980s and 1990s.

Imagine if Hollywood had to appeal to censors in the former Soviet Union the way it panders to CCP censors now. Would the Libyan terrorists portrayed in "Back to the Future" have to be changed to West German because of Moscow's close relationship with former tyrant Moammar Gadhafi?

Would the "Ghostbusters" foursome have to be seen inexplicably traveling to Moscow State University for a lecture on socialist advances in paranormal research? Or would the villains in "Superman II" be made to note that they would never be powerful enough to make Leonid Brezhnev "kneel before Zod?"

The irony, of course, is that Hollywood bows and scrapes before China's censors but would recoil in anger if asked to alter a film for the tastes and mores of any democratic state. Moreover, Hollywood's unquestioning willingness to oblige changes to suit the CCP's ever-expanding list of "core interests" such as Taiwan, Tibet and Xinjiang invites Beijing to keep adding to that list.

Art is only as free as its most restrictive censor. Since art first intersected state power, there have been officials trying to shape it toward ends supportive of its leaders. This is not a new phenomenon. What is new, and should be concerning to all of us, is the clear path the CCP is steering us toward.

Hollywood is making potential blockbusters with Chinese audiences -- and that means CCP officials -- in mind. If left unchecked, human nature says that eventually the crafters of our pop culture will begin to censor themselves more effectively and more studiously well before CCP censors ever see the draft product.