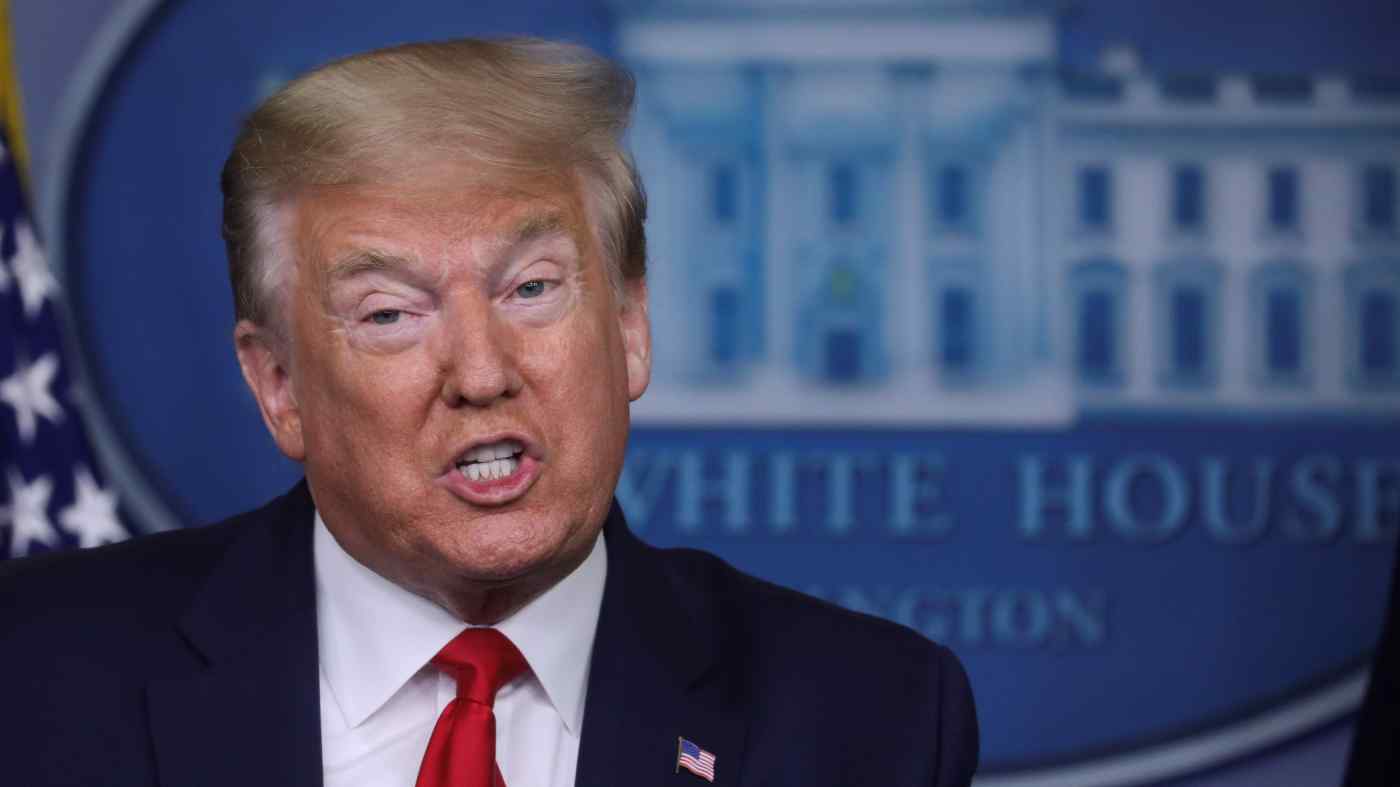 Trump is desperate to blame Beijing for both the coronavirus and America's sudden plunge into recession.   © Reuters
CopyCopied

Of all the things Hong Kong expected in 2020, being the subject of a proxy war between Donald Trump and Xi Jinping probably was not among them.

That is the upshot of U.S. Secretary of State Mike Pompeo last week declaring that Hong Kong is no longer autonomous from Chinese rule. The reclassification could disrupt tens of billions of dollars in trade and investment -- and the step raises more questions than it offers answers.

Ostensibly, President Trump's White House is reacting to China's recent move to impose a national security law on Hong Kong. The maneuver, endorsed by fiat in Beijing on May 28, has chilling implications for Hong Kong's future as a capitalist economy. It means the transparency, free press and first-world legal system that has drawn more than 1,300 U.S. companies to Hong Kong are now in jeopardy.

Yet Trump, who on Friday confirmed his White House would "begin the process" of revoking Hong Kong's privileges, and geopolitical hatchet man Pompeo seem odd messengers to be complaining about opacity, media freedom and the rule of law. What is really going on? It's Trump's reelection strategy, and Hong Kong is just collateral damage. The transparency, free press and first-world legal system that has drawn more than 1,300 U.S. companies to Hong Kong are now in jeopardy.   © Reuters

Even before COVID-19 arrived, Asia was reeling from Trade War 1.0. China grew at the slowest pace in 30 years in 2019, and after the economy contracted 6.8% in the first quarter, President Xi's government did not even bother issuing a target for this year. The pandemic made things exponentially worse, slamming exports, consumption and investment.

Like China, Japan and South Korea face economic engine dilemmas. As the U.S. bleeds jobs and European growth wanes, export-dependent Asia has no one to sell to. Add Singapore and Taiwan to the list of places facing record inventory accumulation and few alternative ways to boost domestic demand.

Sources of growth are hard to find in Indonesia, Malaysia, the Philippines and Thailand too as COVID-19 lockdowns persist. Manufacturing orders are drying up along with tourism and remittances. High government debt loads relative to gross domestic product limit leaders' ability to jump-start economies.

A battle-weary Asia entered the COVID-19 challenge on weak footing. And now, it must brace for what comes next from Trump Nation.

For months, Trump has threatened Trade War 2.0. As polls show his reelection odds dwindling, he is desperate to blame Beijing for both the coronavirus and America's sudden plunge into recession. In Hong Kong last week, Washington turned threat into action in ways sure to upend Asian markets between now and November 3, when Americans vote.

Since the pandemic began, more than 40 million Americans, one in four in the labor market, have filed for unemployment benefits. That alone augurs poorly for Trump's reelection prospects. As he casts about for scapegoats, China is the usual suspect -- with its export-reliant neighbors suffering the fallout.

Hong Kong's neighbors could soon feel the pain should Trump tear up the China trade deal, slap levies on goods or expand the list of companies banned from the U.S. market.

He could make good on a threatened currency war, sending shock waves everywhere. The odds of Trump taxing car imports may be rising as his political fortunes fall. A 25% levy on vehicles and parts would hurt supply chains already in disarray. So would steps to derail sectors championed by Xi's Made in China 2025 initiative.

Team Trump wants to slow Beijing investments in the future of artificial intelligence, energy, microprocessing, robotics and self-driving vehicles. That would mean fewer equipment orders for Vietnam, Thailand, the Philippines and other economies vying for manufacturing work from China.

Asia also would feel tremors from a full-blown U.S.-China financial war involving companies being delisted, startups blocked from initial public offering markets and bans on where investors can put their money. A capital flight from a key money center could roil exchanges everywhere.

Xi has many ways to retaliate, including telling Apple CEO Tim Cook to produce iPhones elsewhere. Beijing could dump its nearly $1.1 trillion of U.S. Treasury securities. This "nuclear option" seems no less plausible than Trump formally revoking Hong Kong's special status. That could disrupt about $66 billion of trade.

And, really, what is to keep Xi from beginning to expel U.S. multinationals from Hong Kong, too? It would be a self-defeating victory, costing China its gateway to the rest of the globe. In 2019, Hong Kong was the middleman for nearly $40 billion of mainland goods flowing to the U.S.

Even so, Trump's desperation has led him and Pompeo to let Hong Kong suffer from his punish-China strategy. Asia should expect to be dragged along for the ride.