Disclosing private information on Telegram is unethical but empowering Protests and clashes with riot police defined a sleepless summer in Hong Kong, but since the pro-democracy camp's landslide victory in district council elections in late November, the sirens have died down. Now that street-level disruptions and community organization have translated into some measure of political legitimacy, everyone needs a break.

Yet activity on messaging app Telegram and the LIHKG discussion website has not tapered off. Both are important platforms that have acted as virtual staging grounds for demonstrations, or a place where decisions are made in scrums, and now they have become ways for people to doxx police officers -- to publicly disclose their private information with an eye to inciting harassment.

Almost every day, new profiles of doxxed police officers are generated and shared through Telegram, revealing their phone numbers, social media accounts, dates of birth, family members, sexts, intimate pictures, personal histories and more. While there is much wrong with this, these Hong Kongers see it as a way of controlling the chaos that has unfolded around them -- and perhaps naming and shaming police officers who have crossed the line.

There is power in being able to name those who have wronged you. Doxxing may not be good practice -- the pro-democracy camp has the moral high ground right now -- but few condemn it while the police operate with impunity. Right now, the police doxxing channel on Telegram has more than 242,000 subscribers. As a comparison, the movement's fact-check channel has 60,000.

Hong Kong's anti-establishment movement has a simple ethos: if a set of tactics produces tangible results, they are shared widely and adopted quickly. In some cases, the doxx-a-cop channel helped Hong Kongers put names to plainclothes police officers who refused to identify themselves while making arrests or riot police who prevented journalists from doing their jobs.

The background to this is the police's behavior, lashing out indiscriminately, earning animosity from the populace. Wherever the police show up, they face hecklers, cameras and the general feeling that they do not belong there. Protesters call the police dogs, and I have watched people toss sacks of pet food in their direction to drive the point home.

In return, police call civilians "cockroaches." The term is meant to demean, but I find it empowering: roaches are everywhere in urban environments, and it is impossible to stamp them out completely.

So far, more than 6,000 people between the ages of 11 and 84 have been arrested in relation to Hong Kong's anti-establishment movement. Among them, nearly 2,400 are students, and close to 1,000 are underage.

It is common to see police officers hassling teenagers in uniforms on their way to school. There are verbal insults and bag searches, and the police record the students' personal information. These actions are meant to intimidate child, parent and witness, driving fear through all strata of society.

Yet in the proliferation of casual violence, it seems pedestrian. In late September, police permanently blinded an Indonesian journalist in her right eye. In November, when police surrounded Polytechnic University to raid its campus, a student journalist who was livestreaming caught one police officer yelling that he was ready to "kill some cockroaches." Another said he wanted a repeat of the "Tiananmen Square Massacre" that took place in Beijing in June 1989.

Numerical codes are invoked in online posts to relay Hong Kongers' anger: 721 for July 21, when two cops slowly strolled away from a train station where likely hired thugs beat up protesters; 831 for August 31, when the Special Tactical Squad charged onto a train at a subway station, unleashing hell; 101 for October 1, the National Day of the People's Republic of China, when a teen protester was shot by police; and 1111 for November 11, when a 21-year-old man was shot point blank in his chest.

Unsurprisingly, the police have found ways to hide their identities. Since late June, their helmets have had one-way-mirror privacy film adhered to what were see-through visors. Almost none wear their warrant cards or produce them when requested, even under circumstances where force regulations compel them to.

On paper, there is a mechanism for Hong Kongers to complain about abusive behavior perpetuated by the police. By August, the Independent Police Complaints Council had received 1,200 formal submissions of complaints about police behavior that included 24,000 texts, photos, videos and links to online content. As of December 10, this had risen to 1,400. A riot police officer clashes with an anti-government protester on Nov. 13: zero members of the police force have been formally reprimanded or faced charges.   © Reuters

Even with overwhelming evidence that riot police have abused their power for half a year, at times disobeying direct orders from their superiors, zero members of the police force have been formally reprimanded or faced charges. In mid-December, foreign experts attached to the IPCC stepped down, saying that the watchdog was unable to conduct truly independent investigations and meet the public's expectations.

For now, the doxxing continues, even though the High Court has issued an injunction to forbid the disclosure of police officers' private information. It will not stop until the government takes significant steps to repair the police force's image. Given chief executive Carrie Lam's disposition to ignore what's going on in the city, that will not be any time soon. 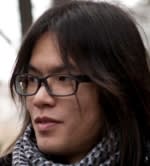 Brady Ng is a writer and editor based in Hong Kong.