Hong Kong protests, one year on -- did they achieve anything? 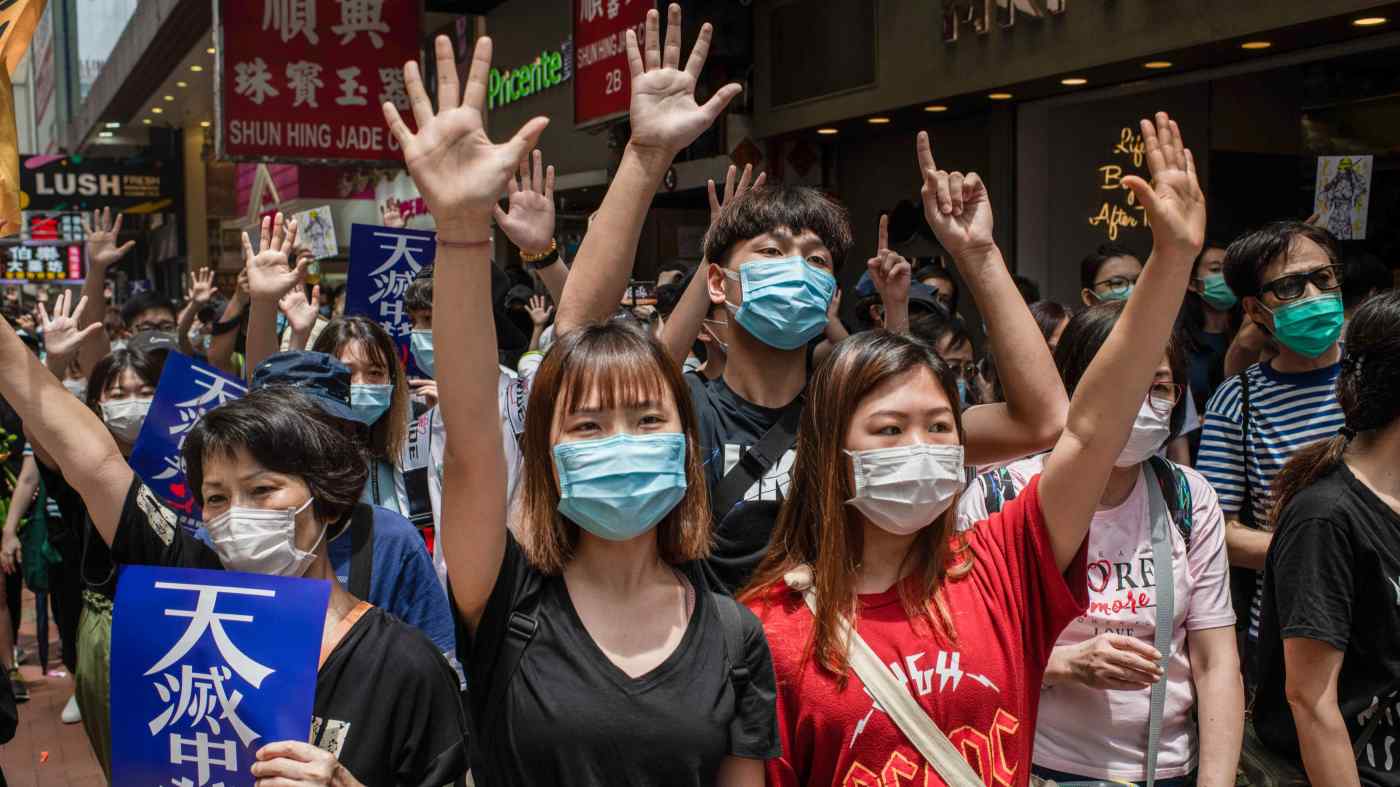 Protesters gesture the five demands sign during demonstrations on May 24: four of those have not been met.   © Sipa/AP
CopyCopied

Kong Tsung-gan is a Hong Kong writer and activist. His new book is "Liberate Hong Kong: Stories from the Freedom Struggle."

One year ago, on June 9, over 1 million Hong Kong people marched against a government attempt to legalize extradition from Hong Kong to mainland China. Three days later, 100,000 surrounded government headquarters, preventing the Legislative Council from meeting to pass the legislation. On June 16, 2 million marched, the largest protest in Hong Kong history.

Since then, by my records, nearly 15 million protesters have participated in more than a thousand protests. In few other places and times have so many turned out over such a sustained period to fight for their basic rights. Contrary to Chinese Communist Party propaganda, the vast majority of protesters have been peaceful and remained so even in the face of chronically excessive and indiscriminate police violence.

But a year on, after months of protests, elections, coronavirus lockdown and, most recently, an invasive national security law about to be imposed on Hong Kong by China, we have to ask: have the protests succeeded? Or were they in vain and are we now facing the end of Hong Kong as we know it?

In September 2019, Chief Executive Carrie Lam announced the withdrawal of the extradition bill. That was a major protest victory. But protesters have four other demands: an independent commission of inquiry to investigate rights abuses; an end to the prosecution of protesters; an end to the false labeling of the protests as "riots"; and genuine universal suffrage in the elections of the chief executive and Legislative Council of the Hong Kong.

None of those four reasonable and moderate demands -- all of which have the support of the majority of Hong Kong people, as repeatedly shown in opinion polls and November's landslide pro-democracy victory in District Council elections -- has been met.

Now, the CCP is imposing a "national security" law by tyrannical fiat. With this move, it drops even the pretense of abiding by its legal obligations, for it is in direct contravention of Article 23 of Hong Kong's Basic Law, stipulating that such laws are to be enacted by the Hong Kong government.

Undoubtedly the CCP's most draconian step yet, this is a frontal attack on Hong Kong's supposed "high degree of autonomy." Many say the CCP is tearing up the last shred of "one country, two systems."

The impending law is just part of a wide-ranging crackdown already underway. Nearly 9,000 protesters have been arrested in the past year; about 1,400 are currently on trial, including dozens of pro-democracy leaders. All protests are indefinitely banned on the spurious grounds of protecting public health, though Hong Kong has had almost no new coronavirus cases for weeks. The civil service, private employers, universities, schools and the judiciary are being pressured to toe the CCP line. 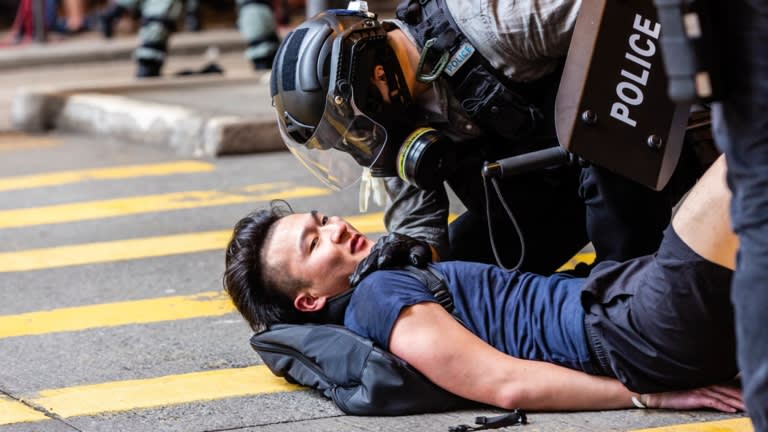 A police officer pins a protester to the ground on May 24: nearly 9,000 protesters have been arrested in the past year.   © LightRocket/Getty Images

But this is no reason to believe that the protests have not achieved anything.

The Hong Kong people have repeatedly stood up to the CCP and won. In 2003, we beat back its first attempt to impose a national security law. In 2012, we defeated the introduction of a "national education" subject in schools, which the CCP said was intended to inculcate "patriotism" in schoolchildren but which many regarded as Communist brainwashing.

In 2014 and 2015, we blocked the fake universal suffrage from being foisted upon the city. And, of course, in 2019, we stopped the extradition bill. All of these victories were achieved primarily through protests.

No one expects that we can prevent the CCP from simply inserting whatever legislation it wants into the Basic Law, as it is about to do, but based on our track record, don't count us out too soon.

Hong Kong people know the road to freedom is long and hard. The epigraph of my new book is a Hong Kong protest motto: "It is not that we see hope and therefore we persist. It is that through our persistence, hope is created." These are not just catchy slogans or wishful thinking.

The CCP faces many challenges within Hong Kong and China as well as around the world. The drastic step of imposing the national security law is a sign of its fear that it may lose its grip on Hong Kong once and for all.

That it resorts to enforcing loyalty is an indictment of its 23 years of rule in the territory. Hong Kong slipped out of its grasp long ago; the CCP can no longer regain it using consensual means. A whole generation of young people rejects the CCP imposing itself on Hong Kong; that is resistance the regime must contend with for years to come.

Hong Kong is on the front line of a global struggle between democracy and authoritarianism. The world hangs in the balance. The direction it tips depends on us all. Hong Kong people ask the rest of the world to join in the fight for the universal values of freedom, democracy and human rights.

As anyone who has suffered their deprivation knows, these are not empty ideals. They are what make life worth living; they are the basis of any decent, fair and just society. The future is more uncertain than ever, another way of saying it is ours to make.