Operations can continue but controls on speech, data and media will get tighter 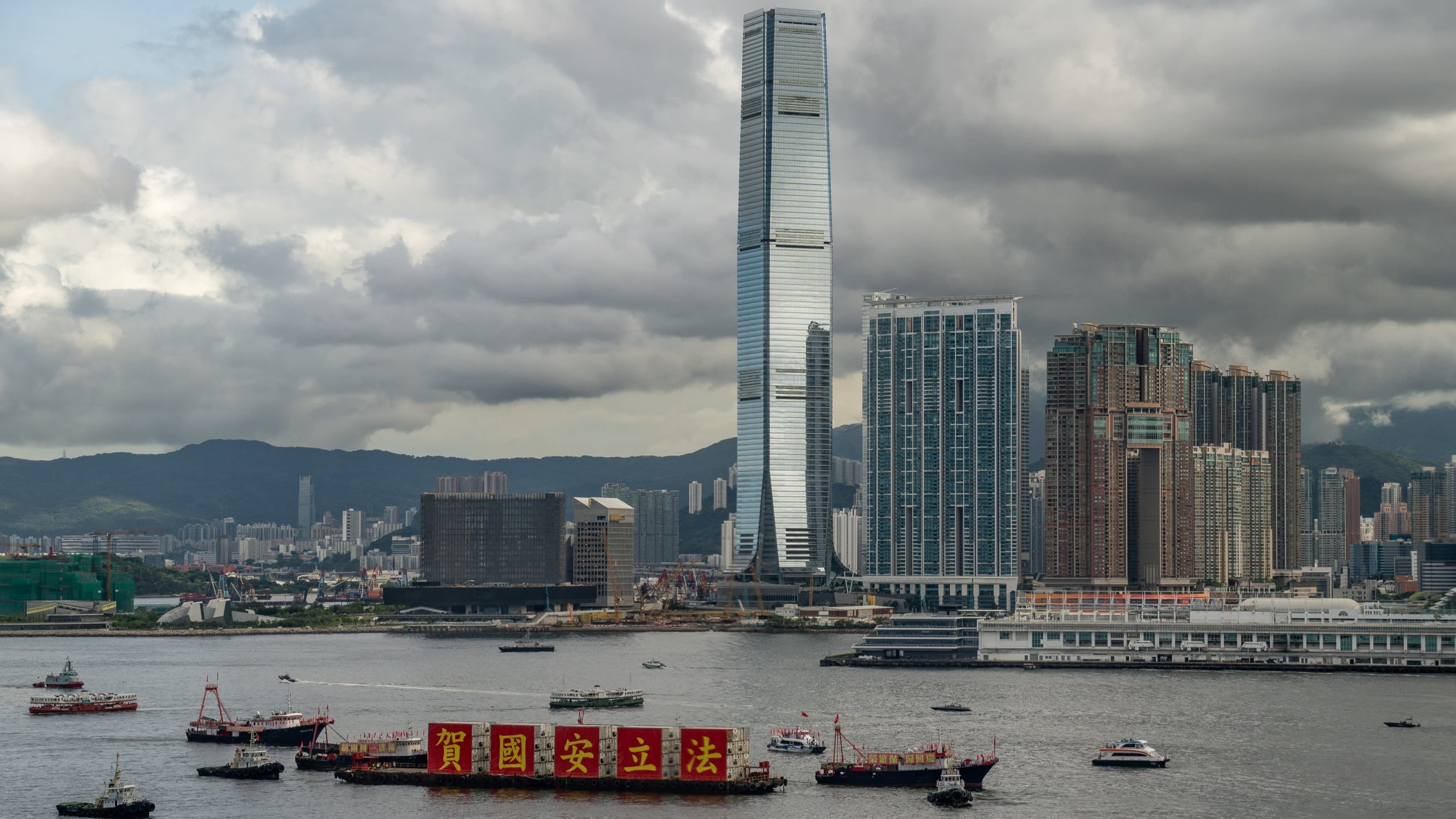 A barge displays the words "celebrate national security law" on Victoria Harbour on July 1; corporate footprints should be shrunk as the city becomes a less predictable environment.   © Getty Images
CopyCopied

It is easy to say that the national security law imposed by China on Hong Kong, which bans "subversion," including expressions of support for independence, makes it like any other city in China. From a business point of view, that is not at first sight a problem: China has become the world's second largest economy with a far more draconian political environment than Hong Kong.

Shanghai and Shenzhen stock exchanges are now trading, combined, 1 trillion yuan ($140 billion) a day, and trades are efficiently settled with millions of investors both domestically and overseas. Business transactions and day-to-day operations can clearly function with limited political freedoms, a lack of Google and even incomplete access to global media.

Those who suggest that Hong Kong will somehow grind to a halt because of the national security law are wrong, at least in the world of finance, which can carry on largely unaffected for quite some time. But the challenges the law presents to business are in fact profound and will ultimately threaten the city's standing as a global center.

Politics is now part of the landscape in Hong Kong. The discomfort of Cathay Pacific Airways, whose chairman and CEO were ousted by Beijing last year, and bank HSBC Holdings in putting out statements in support of the law should make that clear to anyone.

Worryingly, the law undermines Hong Kong's rule of law and independent judiciary. Carrie Lam, the city's chief executive, came out in support of the law although she said she had been kept in the dark during its drafting and did not see a copy until it was already passed and ready for incorporation into the Hong Kong lawbook. Such an opaque process makes a mockery of a transparent common-law system.

Many commentators have rightly expressed great concern at the global reach of the law, which makes even transiting through Hong Kong a potentially dangerous option for critics of the Chinese Communist Party, and at the establishment of an Office for the Safeguarding of National Security whose staff and actions will not be under Hong Kong jurisdiction.

But perhaps of greatest worry is the expanded legal reach of the Hong Kong Police Force which can now search premises and electronic devices, freeze assets, seize travel documents and force internet service providers to delete information or "provide assistance" in the course of a national security investigation.

How, then, should a business prepare? The political environment is not returning to the status quo. All businesses need to be ready: any company or individual could find themselves caught up in the new law. 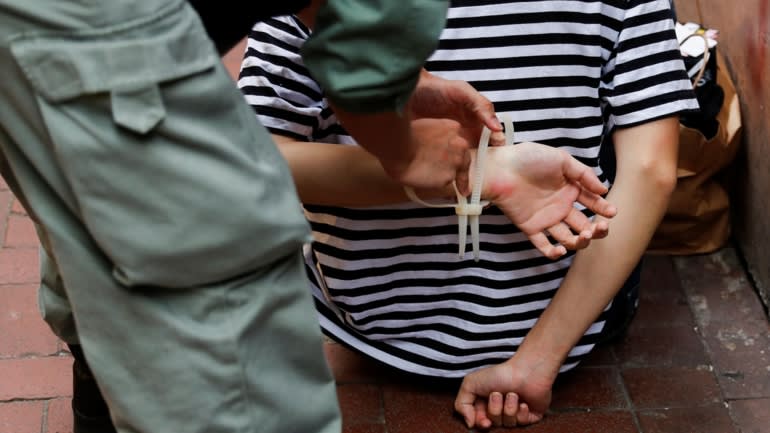 Riot police use cable tie to detain a man on July 1: any company or individual could find themselves caught up in the new law.   © Reuters

First, management needs to engage with staff both locally and in offices overseas to understand the challenges ahead. How will companies respond if authorities put pressure on a company to fire an employee because of a social media post? Employment contracts might start to stipulate that employees refrain from expressing any political viewpoints even in their private time. Companies could come under pressure if overseas employees stand with Hong Kong and protest the new law. How will such a position sit in the head office in New York or Sydney or Tokyo?

Next, companies need to worry more about the security of their data and working with potential internet restrictions, like on the mainland, even if not as dramatic as the Great Firewall. The new normal in Hong Kong is that data, intellectual property and physical and financial assets are all subject to seizure or restriction, so data should be strongly encrypted and stored outside of the territory. Only data which is legally required to be stored locally should be.

This week Microsoft, Telegram, Facebook, Google and Twitter announced they had temporarily blocked Hong Kong authorities from accessing user data, which suggests there will be some resistance. Going one step further, Chinese-owned Tik Tok said it was withdrawing from the Hong Kong market entirely.

By extension, corporate treasury departments should rethink whether they need to keep excess cash balances with local banks or whether it would be safer for money to be held elsewhere. Corporate and personal footprints in Hong Kong should be shrunk as Hong Kong becomes a less stable and predictable environment.

Businesses in Hong Kong which produced reports or analysis about China will feel less comfortable doing that. Referring to Taiwan, which China claims as part of it, will become difficult. This is going to affect the quality, reliability and usefulness of such content and thus the businesses' reputation.

Similarly, companies holding conferences in Hong Kong may find commentators, writers or artists who have been critical of the CCP may no longer want to come and, even if they appear remotely, this might expose the Hong Kong company to risks, since China intends its law to operate globally.

Hong Kong will retain many advantages over mainland cities. Nowhere in mainland China will have an open capital account while there is one-party rule. To that end, Hong Kong and its financial offshore role will be preserved for some time; business can boom -- and likely will, as the Chinese continue to offer more access to their onshore market.

Yet ultimately it will suffer as the financial activity masks the underlying inequality and despair among much of the population. The law intends Hong Kong to be "harmonized" with Chinese characteristics, that is, scrubbed of opinions which run counter to the CCP's agenda. It will be a painful and difficult process. Business is welcome, but first comes obedience to the Party.