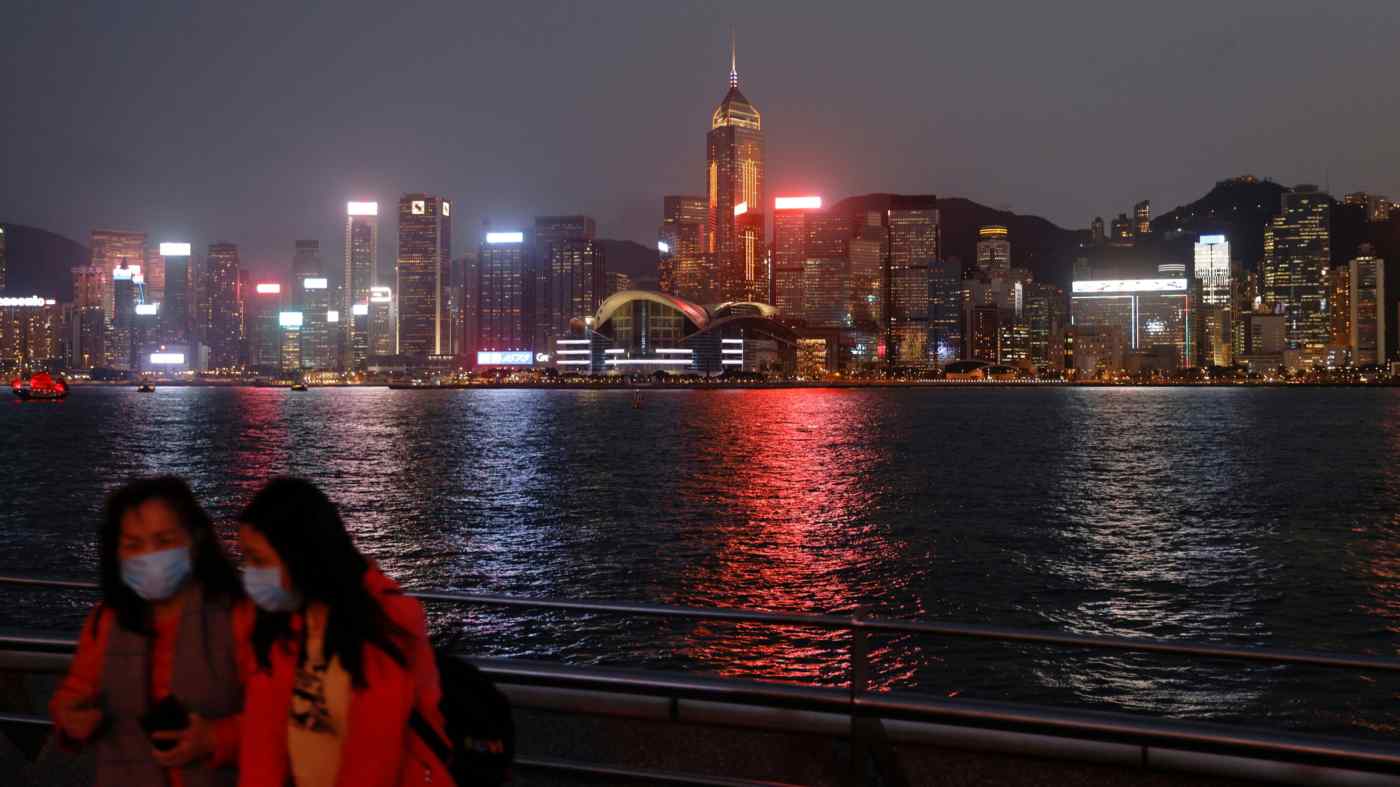 The financial district of Hong Kong, pictured on Mar. 11; an economy reliant on finance is bad for society.   © Reuters
CopyCopied

Simon Cartledge is the founder and owner of Big Brains, a Hong Kong-based research and publishing company and is a former Asia editor-in-chief of the Economist Intelligence Unit. He is the author of "A System Apart: Hong Kong's Political Economy from 1997 Until Now."

Hong Kong is hurting. The relentless assault on the city's long-standing freedoms might be the most visible aspect, but its economy is also suffering.

Any comparison with the mainland powerhouse city of Shenzhen -- Hong Kong's immediate neighbor -- highlights what is wrong.

Shenzhen, famously nothing more than a border town and home to only a few hundred thousand people when China launched its economic reforms in 1979, finally saw its economy catch up with Hong Kong's in 2018.

Since then, Hong Kong's economy -- battered first by anti-government protests, then by COVID-19 -- has shrunk for two successive years. Growth will return this year -- between 3.5% and 5.5%, according to Financial Secretary Paul Chan in his recent budget speech.

But the rebound will be subdued. By my calculations, the economy will not regain its 2018 size until 2023, while unemployment, now at 7%, will remain high for at least three years, according to Labor and Welfare Secretary Law Chi-kwong.

Shenzhen -- despite the pandemic -- has barely even blinked. In 2019 it grew 6.7%. Last year, it grew 3.1%, comfortably faster than the 2.3% for China as a whole. This year, the city's economy is set to expand by at least 7%, with 2022 likely to be similar. Crunch the numbers, and by the end of next year, Shenzhen will have an economy more than 25% bigger than Hong Kong's. 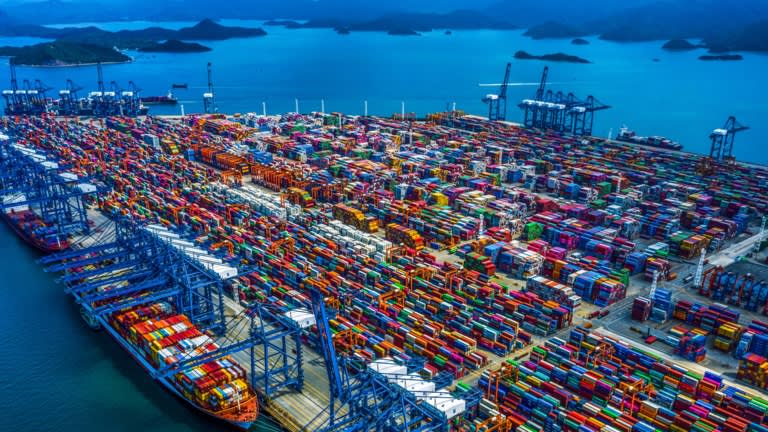 Yantian International Container Terminals in Shenzhen, pictured in May 2020: the mainland powerhouse city has barely even blinked.   © Imaginechina/AP

This gap will continue to widen, driven largely by Shenzhen's high-tech manufacturing industry, exports -- nearly a fifth of all China's -- its fast-expanding financial sector, as well as its spending on R&D which amounts to 6% of gross domestic product.

Shenzhen's population -- now 12.5 million -- is growing by around 2% annually as people flood into the city from the rest of China. To house all those newcomers, the government has a plan to build them 1.7 million new homes by 2035.

Hong Kong's housing policy has been a mess since 1998 when its first post-handover leader Tung Chee-hwa -- under pressure from the city's property developers -- abandoned a scheme to build 85,000 new homes a year. The city's tourism industry, battered by protests, and then brought to a complete standstill by COVID-19, will not see any kind of serious recovery before 2024 at the earliest -- and possibly not even then.

While the government likes to talk up the potential offered by technology and innovation, with R&D spending hovering at around 0.75% of GDP, it is just not that important.

The one exception to the gloom is financial services. Figures released last month show that in 2019, despite the protests and U.S.-China trade war, the sector expanded 8% to displace trade and logistics as the single biggest contributor to Hong Kong's GDP, now accounting for more than a fifth of output.

Yet an economy over-reliant on finance is bad for society as a whole. The sector only employs 7% of the workforce, meaning the wealth it generates is concentrated in the hands of a relatively small number of people.

That both further exacerbates Hong Kong's entrenched inequality -- a fifth of the population lives below the official poverty line -- and contributes to the asset inflation which has kept its property prices among the world's highest for years and long been a major disincentive to entrepreneurs thinking of launching new businesses.

The national security law, though claimed by the government to have brought stability back to Hong Kong, probably will not help. Though there does not appear to be any major exodus of businesses, some are quietly leaving or relocating parts of their operations, with the ease with which officials can now demand access to data protection one of their biggest concerns.

With Beijing and the Hong Kong government maintaining their efforts to eliminate the pro-democracy opposition as any kind of meaningful force, the law will make it harder to attract companies, particularly Western ones, to set up in Hong Kong.

In theory, the Greater Bay Area initiative should help with its promise of integrating Hong Kong, Macao and nine cities in Guangdong into a seamless economic unit. Yet, particularly since the protests of 2019, the scheme's main goal has switched to maintaining a high rate of growth for the key Chinese cities taking part, Shenzhen above all. As a result, Hong Kong's role is becoming mainly supportive, with its own further development secondary.

With bringing Hong Kong into line with Beijing's political expectations now her main task, there is no doubt that Chief Executive Carrie Lam will go down in history as the leader who took an ax to the city's freedoms. But what is also looking likely is that she will be the figure who oversaw its relegation to second-tier economic status.