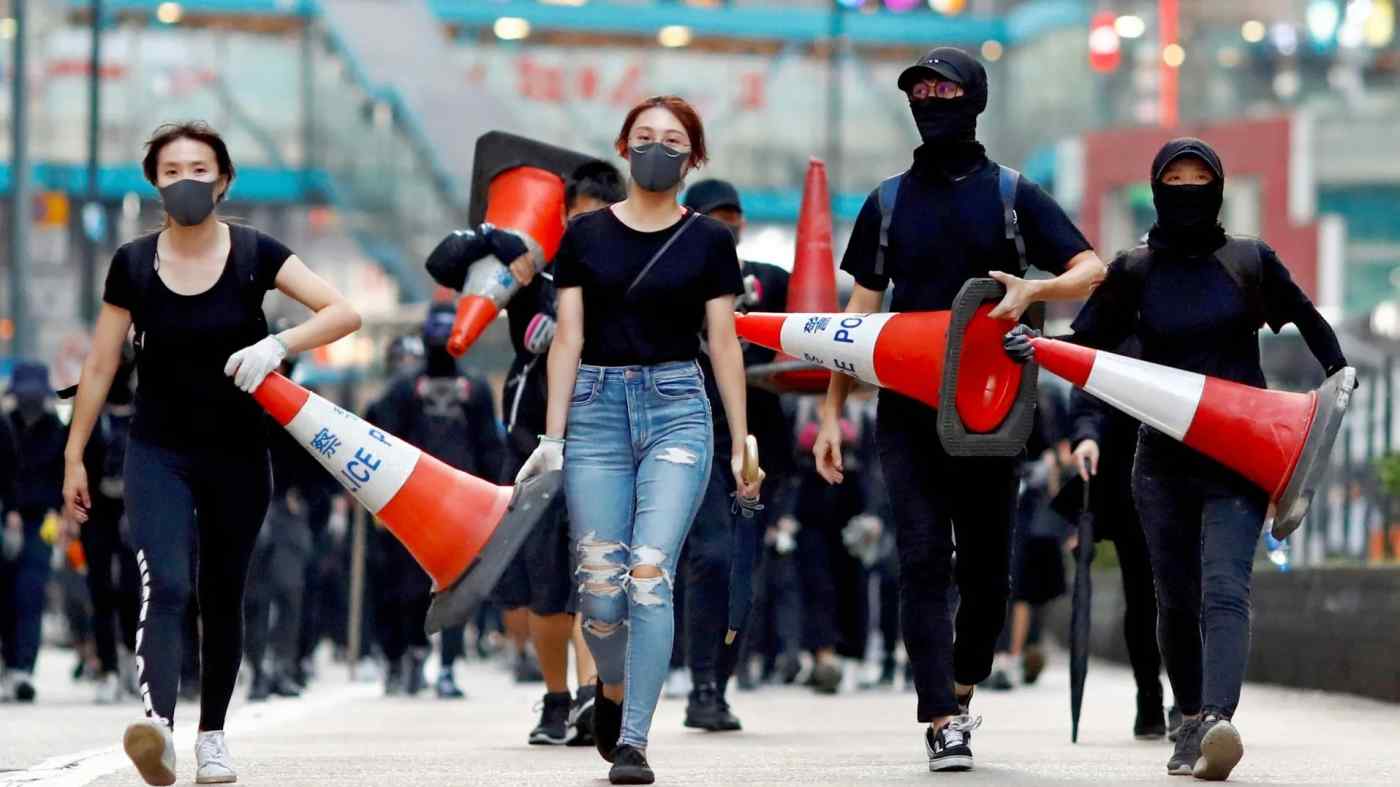 Demonstrators walk down the road with traffic cones to build a barricade in Causeway Bay: protesters now view force as a necessary evil.   © Reuters
CopyCopied

Hong Kong has provided one of the globe's most compelling split-screens. On one, violent weekend demonstrations against Chinese control of the city's destiny; on the other, traders and tycoons conducting business as usual. This week, the two fused as protesters disrupted central Hong Kong during weekday business hours.

Hong Kong police warn the city is on the brink of total collapse. The past few days, after all, have seen an elderly man set ablaze, police shooting a young protester at point-blank range, a truck driver beaten by demonstrators and the protests' first fatality, when a student fell from a third-storey car park.