Hong Kong wants a massive new island, but where will it get the sand? 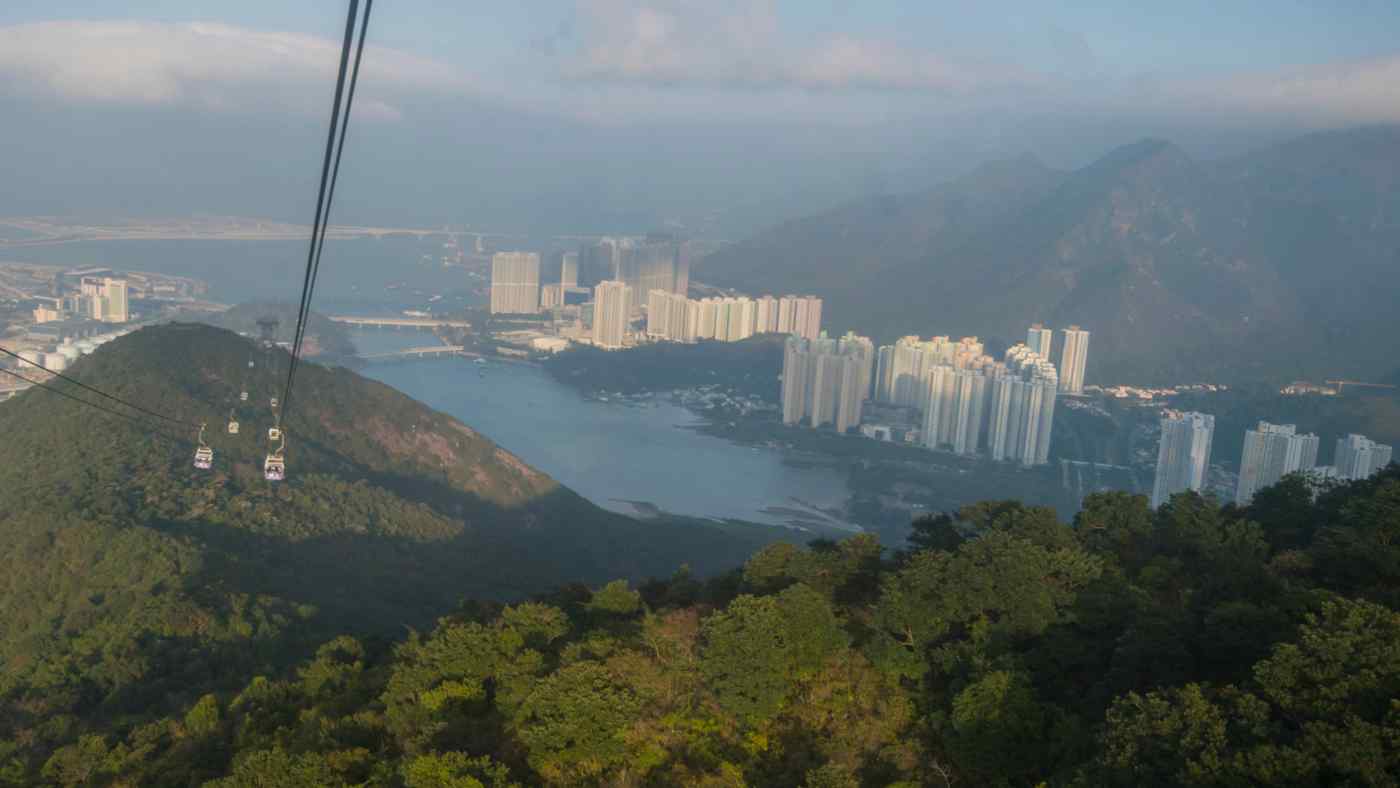 Residential flats on Lantau Island, pictured on Jan. 15: Lantau Tomorrow is a plan to build 17 sq. kilometers of artificial land with housing for up to one million people in the ocean waters off of the island.   © dpa/AP
CopyCopied

Award-winning writer Vince Beiser is the author of The World in a Grain: The Story of Sand and How It Transformed Civilization.

Plagued by a shortage of land on which to house its swelling population, Hong Kong has come up with a simple-sounding solution: make more! That's the central idea behind "Lantau Tomorrow," a plan to build 1,700 hectares (17 sq. kilometers) of artificial land with housing for up to one million people in the ocean waters off of Lantau.

The project's multibillion-dollar price tag and its potential impact on local residents and the environment have sparked plenty of controversy. Much less attention is being paid to the crucial question of where and how to obtain the project's most vital component: sand.

Trivial though it seems, sand is actually the most important solid substance on Earth. We humans consume 50 billion tonnes of this natural resource every year -- more than any other except water. It is the main ingredient in the concrete and glass that our cities are made of, and the silicon chips that our computers and cellphones run on. And it is the go-to raw material for building artificial land, a practice that is surging all around the world.

In recent years, advancing technology has enormously increased our power to "reclaim" land by dredging titanic volumes of sand and silt from the ocean floor to create new land where there was no land before.

For coastal megalopolises long on population but short on physical space, land reclamation offers an easy way to make room and profits. Dubai's famous palm-tree shaped "islands" are the most famous example, but cities from Lagos to Copenhagen to Singapore are similarly expanding their physical footprints. All told, according to the Dutch research group Deltares, since 1985 human beings have added 5,237 sq. miles (13,563 sq. kilometers) of artificial land to the world's coasts -- an area about as big as Jamaica.

China is a major contributor to that total. From 2006 to 2010, cities on China's coast built an average of 700 sq. kilometers of new land each year. In 2010 alone China created the equivalent of two Manhattans worth of new real estate. Hong Kong has a long history of land reclamation. The international airport, the local Disneyland, and the 34-mile bridge connecting Hong Kong to the mainland all sit on human-made land. In fact, some 6% of Hong Kong's total area, housing one-quarter of the population, was reclaimed from the sea.

Development Secretary Michael Wong Wai-lun has claimed that locally sourced construction waste will provide "a considerable percentage of the amount of fill" for the Lantau land. That seems unlikely, given that Hong Kong produces only enough construction waste each year to reclaim about 60 hectares (0.6 sq. kilometers). Sand dredged from the ocean will have to provide most of the rest. All told, the Lantau project will require an estimated 260 million cubic meters of material.

Sucking that much sand from the ocean floor can inflict calamitous damage on the environment. First off, the habitat of whatever marine life was living down there will be annihilated. The stirred-up sediment also clouds the surrounding water, which can suffocate fish, crustaceans, and other creatures, and block sunlight from reaching plants below the surface. All of which can affect people, too. Fishers and environmentalists in Indonesia are currently trying to shut down a sea-sand mining operation they fear will wipe out local fish stocks. 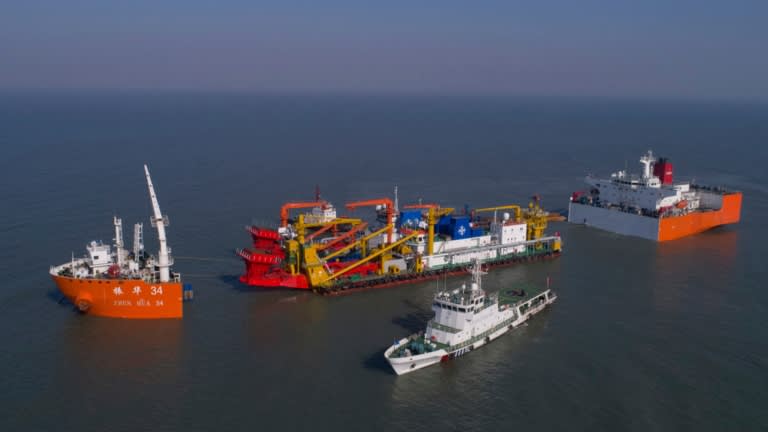 A cutter-suction dredger in operations to help reclaim land for Hong Kong International Airport's third runway, pictured in January 2019: sucking sand from the ocean floor can inflict calamitous damage on the environment.   © Imaginechina/AP

Where and how the sand gets dumped back in the water to create new land can also be devastating. Land reclamation along China's coasts has decimated fish and bird populations, increased water pollution, and destroyed mangrove forests.

Those hazards can be reduced by carefully scouting out less vulnerable areas of the ocean from which to dredge. But the further the sand has to be transported, the more it costs. So where will Hong Kong's sand come from, and at what cost -- both financial and environmental? The nonprofit news agency Factwire recently reported that Guangxi Province, one potential source relatively nearby, is currently facing its own shortage of marine sand, which could send the cost of the Lantau project skyrocketing. The bill to mine and haul the sand alone could reach $60 billion Hong Kong dollars ($8 billion), according to Factwire.

That increases the temptation for unscrupulous developers to traffic in grayer markets. The Philippines has long accused Chinese dredgers of stealing their sand. And a recent report by the U.S.-based Center for Advanced Defense Studies found that Chinese ships are likely dredging sand from North Korean waters in violation of international sanctions.

If Hong Kong really needs to build new land -- and there's a strong argument that it doesn't, with more efficient and smarter use of existing territory able to provide plenty of space for more housing -- it must do so carefully, without inflicting the kind of damage to the environment that so many other such projects have. Lantau Tomorrow must not come at the expense of the ocean today.