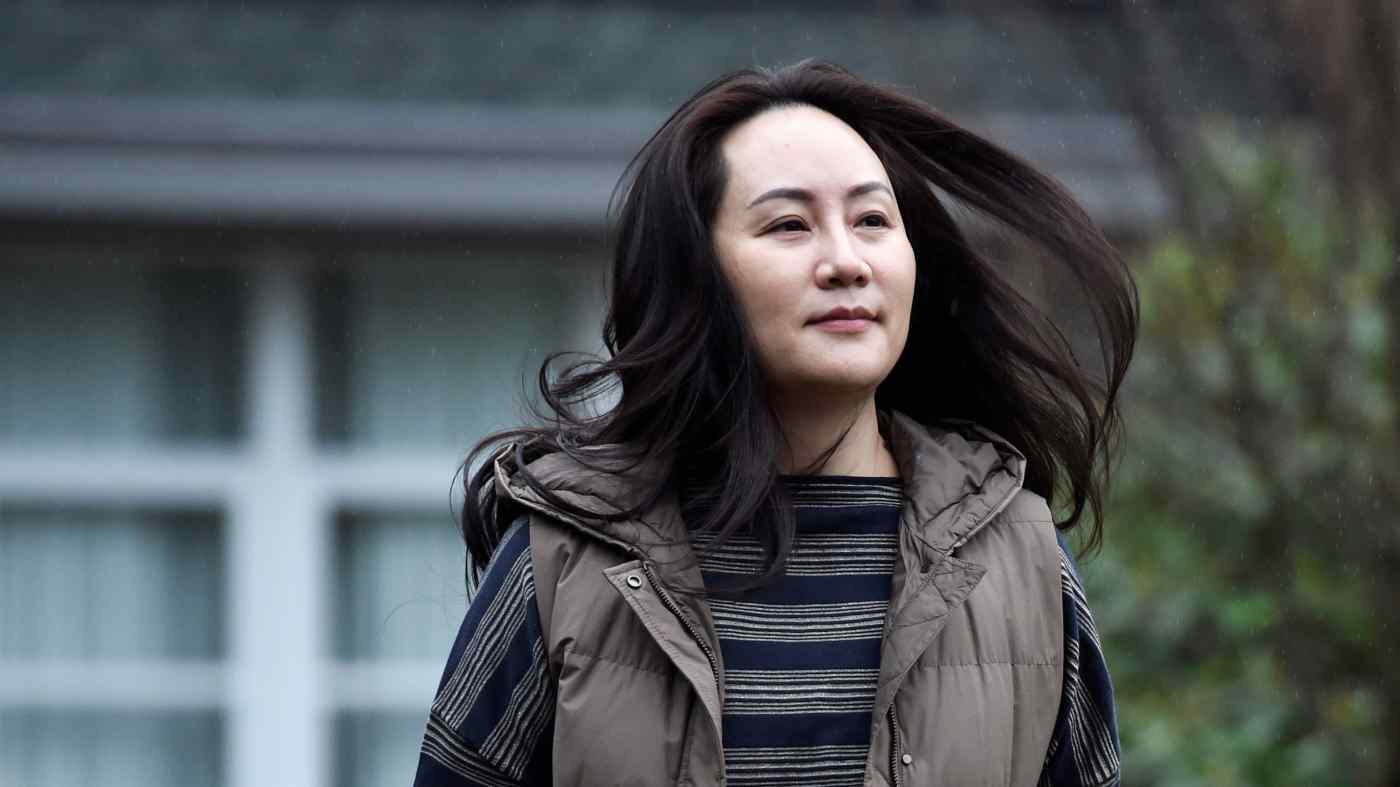 Huawei Technologies CFO Meng Wanzhou, pictured in Vancouver on Dec. 7: she has rejected any arrangement that involves an admission of wrongdoing.   © Reuters
CopyCopied

Philip Calvert is a senior fellow with the China Institute at the University of Alberta. A former Canadian diplomat, he held postings in China, Thailand, Cambodia and Laos.

Two years after Chinese authorities arrested Canadians Michael Kovrig and Michael Spavor in retaliation for Canada's detention of Huawei Technologies CFO Meng Wanzhou, rumors abound of a deal to bring an end to their imprisonment.

The U.S. Department of Justice is reported to be negotiating a deferred prosecution agreement with Meng's lawyers, as the Supreme Court of British Columbia considers a U.S. extradition request based on accusations of bank fraud.

If the release of the two Canadians is part of the deal, that would be good news. But deferred prosecution agreements are common in the U.S., and Meng has rejected any arrangement that involves an admission of wrongdoing.

Such a deal -- if it happens -- would not help other foreigners China has locked up for political ends. Two Australians -- writer Yang Hengjun and broadcaster Cheng Lei -- have also been detained on spurious national security charges. Over the past couple of years, several Japanese academics have been arbitrarily arrested, as has Swedish publisher Gui Minhai, who was kidnapped from Thailand and is now serving a 10-year sentence in China. Chinese-Australian writer Yang Hengjun, pictured in Beijing in November 2010: he was detained by Chinese authorities in January 2019 at Guangzhou Airport after arriving from New York.   © Imaginechina/AP

China has also given death sentences to two Canadians, Robert Schellenberg and Fan Wei both for drug-related offences. Schellenberg's had been originally sentenced to prison, but the punishment was increased to death upon appeal in a very public display intended to increase pressure on the Meng case.

These cases, and others, have raised global awareness about the dark side of China's increasingly worrying international behavior. They have shattered the naivete of some political leaders about China and have highlighted the need for a strong, coordinated response from countries whose citizens have been subject to arbitrary arrest and detention.

This behavior has been part of China's playbook for years, starting as far back as 1967, when British diplomats were kept prisoner in China for two years. Foreigners have been held hostage by local officials on false accusations of fraud, and have been arbitrarily arrested over business conflicts.

Two other Canadians -- Kevin and Julia Garratt -- were imprisoned in 2014 in retaliation for another extradition case involving Chinese business person Su Bin, with Kevin only being released 19 months later as a result of high-level negotiations in the context of Canadan Prime Minister Justin Trudeau's first official visit to China.

China's hostage-taking is part of a broader pattern of coercive diplomacy -- including trade, tourism, and investment restrictions, arbitrary arrests and detentions, state-issued threats -- whose frequency, according to a recent Australian study, has increased significantly over the past two years.

This pattern also fits into the pattern of other aggressive actions China has taken, most notably the new national security legislation in Hong Kong, which abrogates its 1984 agreement with Britain. It is clear that the situation requires a coordinated pushback from like-minded countries.

U.S. President-elect Joe Biden has indicated his interest in leading a collective response of democratic countries to resist what the U.S. sees as the growing threat posed by China. How a Biden presidency would pursue this is a critical question. A strong, broad-based alliance against the full range of China's actions could play into the hands of the Chinese Communist Party, giving it reasons to fuel China's already growing nationalistic fervor, and continuing the CCP's formative narrative that the West has been ganging up on China for the past 150 years or more.

A weak coalition that fails to act coherently, on the other hand, will simply undermine any possibility of effective action, and will not be taken seriously by China's leadership. An effective response to the specific challenge of China's hostage diplomacy requires both nimbleness and caution.

Countries most hit by China's hostage-taking must be able to respond quickly with concrete measures, which could include travel restrictions and trade sanctions. In some cases, trade sanctions could be aimed at companies implicated in the hostage cases -- in the case of the two Michaels, for example, that means Huawei.

Participating countries would also have to treat every hostage like one of their own, raising all cases both publicly and privately with China's authorities. Keeping this collective effort focused is more likely to have an impact and could lower the risk of playing into the larger China-as-victim narrative.

Canada is reportedly working with other countries to draw up a protocol to enhance the collective response. That is fine, but let's not let wordsmithing and negotiations over the text get in the way of swift and focused responses. In the meantime, a broader and more effective coordinated response is needed on issues like Hong Kong. This is a red line that China, in the absence of global leadership, has been allowed to cross.

China's relations with the world are at a turning point. Many of the challenges of the 21st century require China's collaboration and participation, but China does not yet act like the responsible global leader it aspires to be, and this ultimately works against China's own interests.

Pushing back on the approach China's current leadership is taking to international affairs may turn out to be something that benefits China as well as the rest of the world.