How Asia Pacific can turn COVID crisis into an opportunity 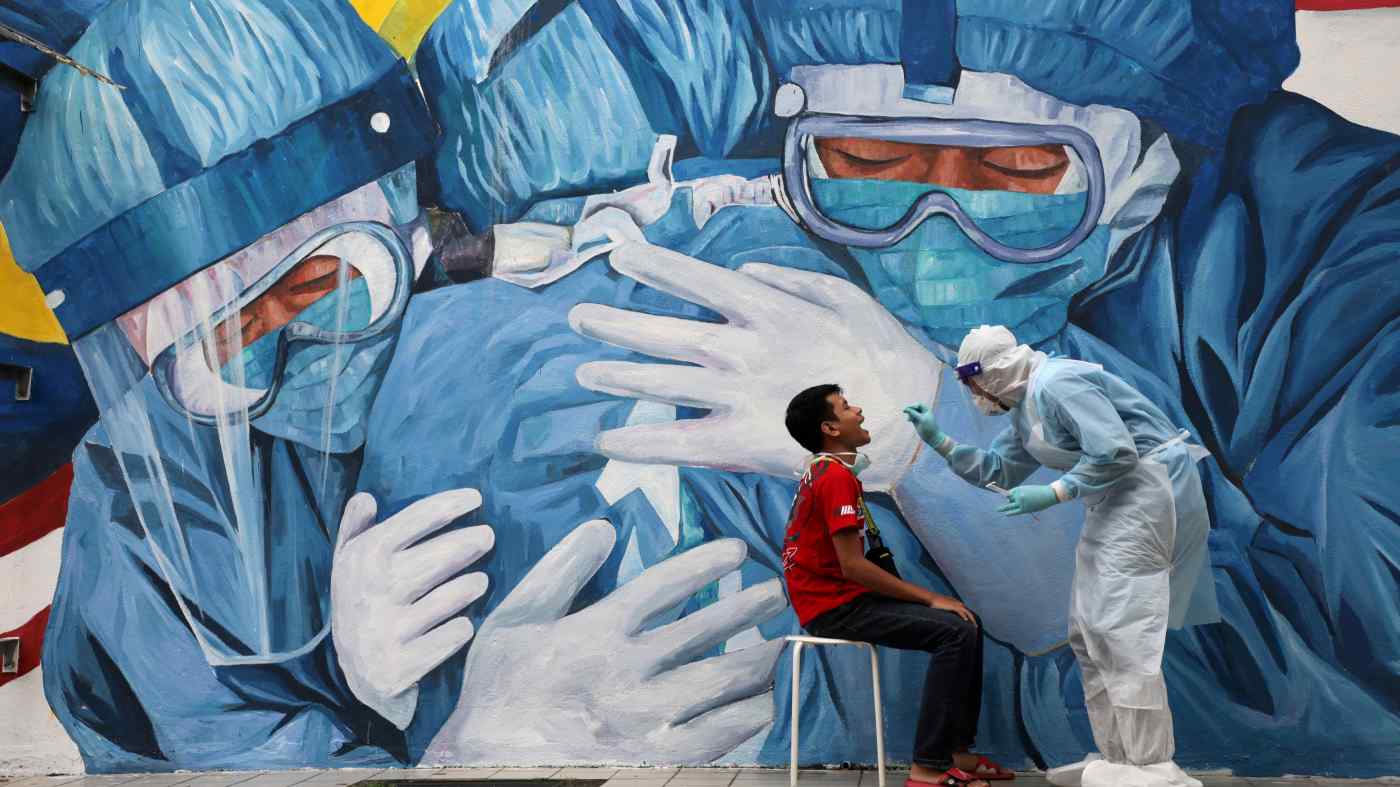 A doctor collects a swab sample from a man in Shah Alam, Malaysia on Dec. 10: building the capacity to test, trace and isolate cases will remain critical.   © Reuters
CopyCopied

Victoria Kwakwa is vice president for East Asia and the Pacific at the World Bank.

Like Hydra, the many-headed monster of Greek myth, COVID-19 is proving hard to suppress even a year after the first case was confirmed in Wuhan.

For the East Asia and Pacific region, the disease has delivered a triple shock: the pandemic itself, the economic impact of containment measures and reverberations from the global recession brought on by the crisis. But the longer-term impact of COVID on the region will depend less on the virus than on policy decisions and how governments respond.

Due to this combination of domestic and external shocks, the region is expected to grow by less than 1% in 2020, the lowest rate since 1967. Poverty in the region is projected to increase for the first time in 20 years.

What is worse, COVID could have a lasting impact on inclusive longer-term growth. Rising indebtedness along with increased uncertainty are likely to inhibit public and private investment, as well as pose a risk to economic stability. Sickness, food insecurity, job losses and school closures could lead to the erosion of human capital and earning losses that last a lifetime.

The disruption of trade and global value chains could hurt productivity by leading to a less efficient allocation of resources across sectors and companies, and by dampening the diffusion of technology. Left unremedied, the consequences of the pandemic could reduce regional growth over the next decade by 1 percentage point per year. Again, the poor would be worst hit because of their lower level of access to hospitals, schools, jobs and finance.

But none of this is a forgone conclusion. If containment and relief efforts today are informed by their impact on recovery and growth tomorrow, governments can avoid lasting negative outcomes. A few priorities stand out. A girl stands on a sidewalk in Manila: COVID could have a lasting impact on inclusive longer-term growth.   © Reuters

First, building the capacity to test, trace and isolate cases of the virus will remain critical not just until the arrival of a vaccine but throughout the prolonged period during which it is being deployed. New research shows that testing-based strategies can magnify the impact of a vaccine. In parallel, preparing to distribute the vaccine efficiently and fairly would not only facilitate economic recovery but contribute to social stability.

Fiscal reforms could allow greater spending on relief without sacrificing public investment. Governments in the region raise relatively little revenue, only 18% of gross domestic product -- a third less than that in other emerging markets. Widening the tax base with more progressive taxation of income and profits and less wasteful spending on regressive energy subsidies, in some cases over 2% of GDP, could make recovery both inclusive and sustainable.

Social protection programs have remained too timid and scaling them up has proved difficult. Investment in the infrastructure of delivery can help. For example, in Malaysia a universal national ID system, wide mobile phone coverage and high financial inclusion have allowed government assistance to reach more than 10 million beneficiaries, or one-third of the total population.

Assistance to companies must be linked to objective criteria related not just to past performance or current pain but the potential to thrive in the future. Otherwise the risk of moral hazard looms large, and with it the prospect of delaying the necessary adjustment of economic structures.

Governments should act to ensure equal access for small businesses and the poor to the digital technologies that have become essential since the onset of the pandemic. These technologies have mitigated the negative effects of school closures on student learning, improved access to health services, and bridged producers and consumers through e-commerce and home delivery during lockdowns. Such benefits need to be spread widely and equitably.

Deepening trade reform and cooperation, especially in services sectors -- such as finance, transport and communications -- would enhance productivity and help people take advantage of new opportunities. The recent Regional Comprehensive Economic Partnership is a welcome initial step -- though its effects would be larger if integration were deeper.

Finally, the recovery needs to be resilient and sustainable. Tomorrow's economies should become more, rather than less, resilient to climate change and natural disasters. Over the last decade, the region has met its energy needs through a scale-up in coal power generation, while the degradation of the natural environment -- including critical forests, rivers and oceans -- has continued.

Investments in cleaner energy and green and blue natural assets will be key to tomorrow's employment and economic opportunities, as well as producing local health and global climate benefits. In this context, the announcements by China, South Korea and Japan to achieve carbon neutrality by midcentury, and the Philippines' moratorium on new coal-fired power plants, are inspiring and could encourage more countries to move in this direction.

East Asia entered the COVID pandemic first and is likely to be the first region to recover next year. Just as Hydra was defeated with courage and ingenuity, the region can turn this crisis to its long-term advantage by adopting bold and imaginative policies today.