How Australia became the world's most luxurious prison

Convict past is key to understanding the country's overseas travel ban 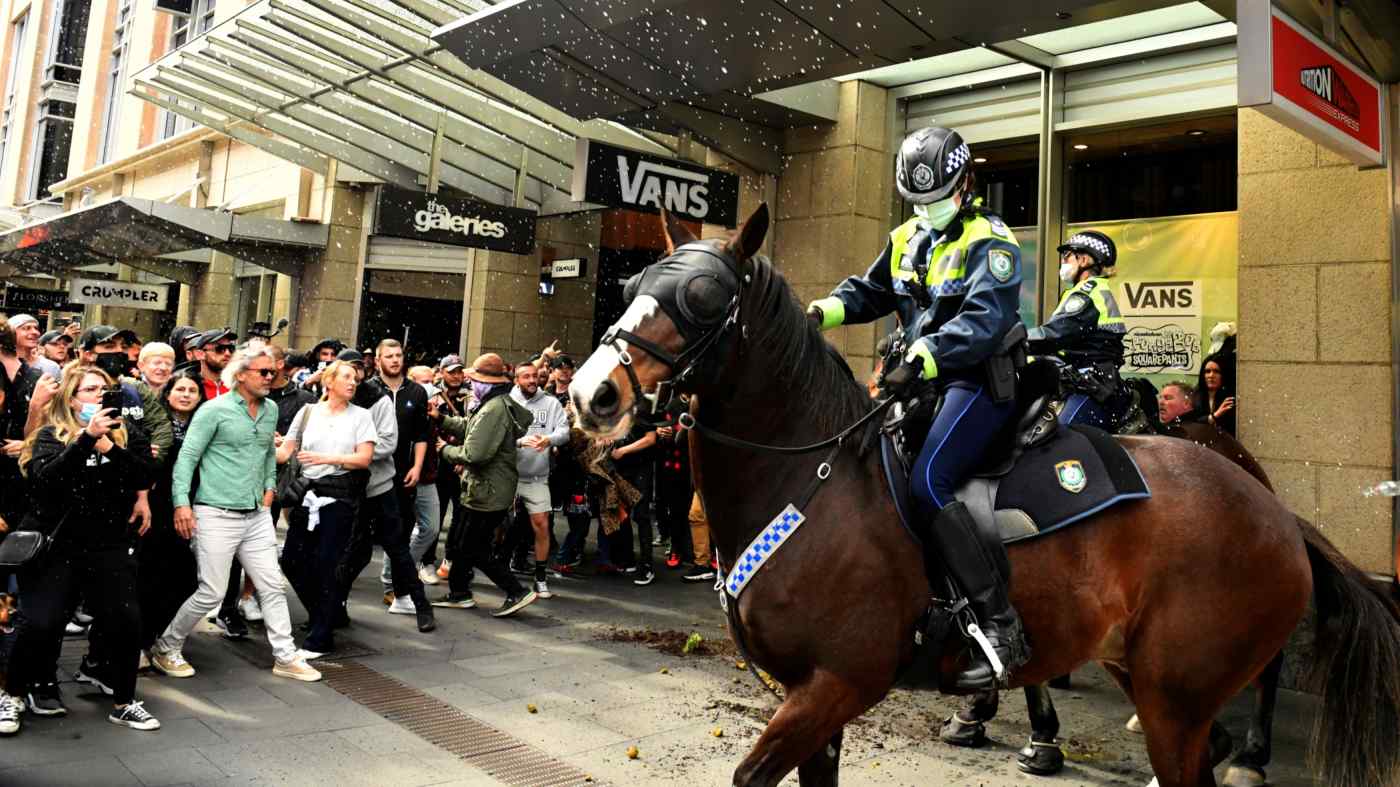 Ian Lloyd Neubauer is a freelance journalist based in Southeast Asia.

Four to five years. That has always been my answer when people in Asia ask me how long I think Australia will remain closed and prevent its own citizens from traveling abroad since the country enacted one of the world's toughest border restrictions at the start of the pandemic.

There have been some protests. Thousands marched maskless in Sydney and Melbourne last month and again last Friday when the Victorian State government announced a seven-day lockdown -- it is sixth -- after only six cases of COVID-19 were confirmed.

They were met with brute force by police sometimes mounted on horseback in scenes reminiscent of videos from Wuhan when the Chinese Communist Party implemented its ruthless COVID-19 elimination there. Individual police officers have posted security footage of protests on social media with crude, cowboy-like promises about tracking down perpetrators and making them pay.

Regardless, there have been few times when public protests have changed Australia's foreign policy. A poll conducted by the Lowy Institute, a Sydney think tank, released in May shows only 18% of Australians think they should be free to leave the country for leisure or business, while only 40% believe vaccinated citizens should be allowed to travel.

My prediction -- based on advice by World Health Organization chief scientist Dr. Soumya Swaminathan that it will take four to five years until the pandemic is under control -- has already proven half true.

Under Australian Prime Minister Scott Morrison's new four-stage plan to greater freedom from coronavirus restrictions, the ban on outbound travel for vaccinated Australians will not be lifted until 80% of the population is vaccinated.

Morrison believes 70% of Australians will be vaccinated by the end of the year. But reaching 80% " is going to be a herculean task," according to Dr. Rob Grenfell of Australia's science agency, the CSIRO. "Yes, we could do it but it is a matter of how long it will take," he said, meaning Australia will remain closed well into next year at a minimum. Warning tape shutting off a travelator at Kingsford Smith Airport in Sydney, pictured in June 2020: Australia will remain closed well into next year at a minimum.   © Getty Images

Along with New Zealand, Australia has probably been the safest place to be during the pandemic. Less than 1,000 residents have died of COVID-19. And even though two-thirds of the country -- 16 million -- are currently under lockdown, the unemployment rate is only 4.9%. The Lowy Institute poll shows a resounding 95% of Australians believe the government has handled the pandemic well.

But Australia is one of the only countries in the world that has banned its own citizens from leaving and charged returning citizens more than $2,000 to quarantine. And this month the Federal Government introduced a new rule banning any Australian who is resident overseas but has returned home for a visit from leaving the country without special permission.

In May, it even banned its own citizens from returning home from India because of the scale of the outbreak there, reflecting a centuries-old Australian mindset that vilifies outsiders and promotes a fortress mentality to ostensibly protect its citizens from the ugliness of the outside world.

The government did this most infamously by detaining thousands of refugees in offshore prison camps between 2007 and 2017 to discourage more asylum-seekers from following in their footsteps. Prosecutors at the International Criminal Court described the camps as "cruel" and "inhumane."

Canberra may have lifted the ban on citizens returning home from India, but it has found an easier way to impede the 38,000 Australians who wish to return home: by restricting the number of people who can enter the country every week to 3,000. The move forced commercial airlines, which can only sell a limited amount of seats on every flight, to jack up their fares to levels few can afford: $24,000 from Los Angeles to Melbourne and $6,500 from Jakarta to Sydney.

For me, the two-way travel ban hit especially hard. Last year, when my mother got cancer, I was faced with an impossible choice: say goodbye to my fiancee overseas or risk never seeing my mother again. In the end, my mother decided for me, telling me to stay where I was and not risk getting infected at hotel quarantine in Australia, as has happened to many.

Fortunately, my mother beat her cancer and while I still cannot hug her, I can still see and talk to her every day on my phone. The same cannot be said by the families of a number of Australians who died of COVID-19 in India and a woman who flew back home to see her seriously ill mother.

By the time she was released from mandatory two-week quarantine, her mother had passed away. Now a new law has been introduced that makes it almost impossible for Australians to leave the country, even if they normally work or live overseas, and the woman is being denied the comfort of her partner in Belgium during the grieving process.