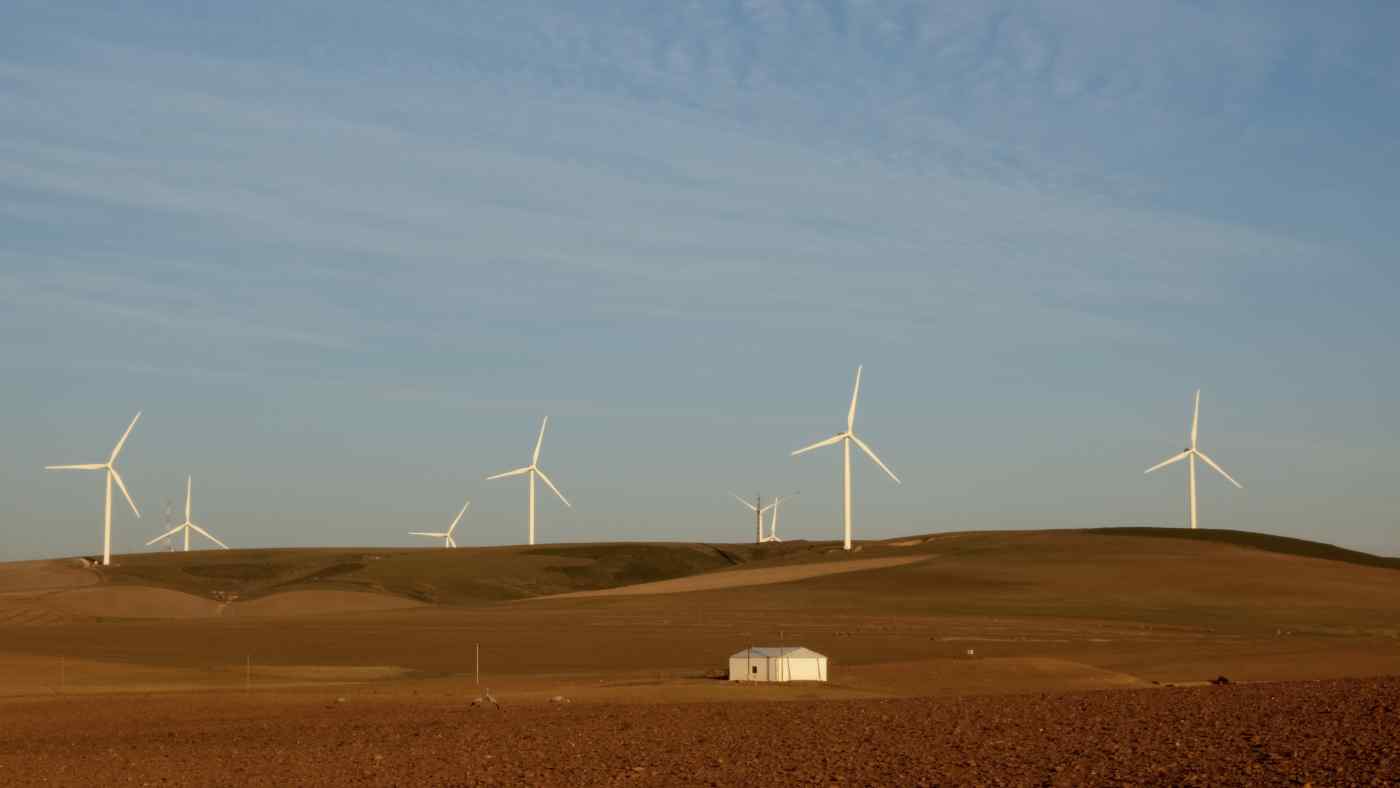 The International Energy Agency predicts that renewables will be the number one source of electricity within five years, overtaking natural gas and coal.   © Reuters
CopyCopied

Andrew North is a journalist based in Tbilisi. He has reported widely across the Middle East, South Asia, and Central Asia. He is a regular commentator on Asian affairs.

Here is a surprising fact about the pandemic lockdown.

Even as global energy use plummeted last year, the amount of power generated from renewable sources like wind, hydropower and solar hit a record.

What happened is this: We needed much less petrol, natural gas and other fossil fuels for our planes, cars and ships, or to run as many offices and factories. But two essential services needed more energy than ever: hospitals and the global network of data centers that run the internet.

Tech giants like Alibaba and Google -- who have some of the biggest networks -- were already sourcing more of their electricity from green, renewable sources. The pandemic shock accelerated this shift, according to the International Energy Agency, with green energy meeting much of the additional demand.

It means the year of COVID-19 may also have been the year the green energy revolution became irreversible, and our use of carbon dioxide-generating fossil fuels hit its peak. As 2021 got underway, green energy has extended its roots, with governments and corporations now putting it at the heart of their planning, relegating fossil fuels in the process. "It could be that we are at the start of a virtuous cycle," Paolo Frankl, head of the IEA's renewable energy division, told a recent seminar on global energy trends.

The impact will reach far beyond the environment, reshaping economies and geopolitics. Countries with green energy surpluses, and the expertise to sell and trade, will gain traction, while those that depend on fossil fuel exports may stumble. That puts the Middle East especially at risk. And it puts China -- the world's largest green energy producer -- in pole position, with India, Japan, and Australia still major players.

The IEA predicts that renewables will be the number one source of electricity within five years, overtaking natural gas and coal. When you add in transport and heating, fossil fuels will remain the biggest single energy source for some time beyond that, but with its share steadily falling. That decline is only likely to speed up, as electric vehicles replace petrol-driven cars and trucks.

Analysts predict sales of EVs will outstrip combustion engine vehicles before 2030 -- with the electricity to charge them coming from a combination of hydro, solar, wind and increasing investments in green hydrogen. And while Tesla gets all the attention, China is still the global EV manufacturing leader.

Consider some recent landmark decisions by corporations and governments on their energy priorities. Shell, the world's fourth-largest oil company, has declared its "peak oil" moment -- saying that production would now decline year by year from its high-point in 2019, as it ramps up investment in renewables.

A Singapore-Australia joint venture has announced plans to build the world's largest solar farm covering an area equivalent to 20,000 football fields in Australia's Northern Territory. As the tie-up suggests, the eventual goal of the $15 billion project is to export most of the electricity to Singapore, and eventually to Indonesia.

Larry Fink, head of the world's largest asset management company, U.S.-based BlackRock, says companies it invests in must be "compatible with a net-zero economy," in line with the Paris climate agreement goal of limiting global warming to below 2 degrees Celsius above preindustrial averages. As the steward of some $9 trillion of investors' money -- nearly double the size of Japan's economy -- Fink's message is hard for business owners to ignore. BlackRock Chair and CEO Larry Fink, center, with French President Emmanuel Macron during a meeting with representatives of investment funds and sovereign wealth funds to fight climate change at the Elysee Palace in Paris in 2019.   © Reuters

Japan is committing 2 trillion yen ($19 billion) toward the production of non-carbon-emitting hydrogen as a fuel, as part of its plans to meet Paris climate targets and eventually cut carbon emissions to zero by 2050. America's biggest automaker GM has committed to phasing out petrol-powered vehicles by 2030.

This energy shift is being solidified with multiyear deals that hydro, solar and wind companies are signing with customers. It also means a predictable return for investors, who have been doing well from the green energy surge. Governments worldwide are rushing to cash in, auctioning off so-called power purchase agreements with renewable providers as well as green energy-friendly tracts of land and sea.

Where once they were chasing the best undersea oil and gas deposits, energy producers are now looking for waters with the most wind. When Britain auctioned off long-term rights to a few reliably gusty stretches of its coastal waters this month, it set records with the $12 billion it raised from bidders that included oil giants BP and Total.

The green energy revolution also offers countries suffering from chronic power shortages a future way out. Afghanistan is one example, even in the midst of war. The southern city of Kandahar recently switched on a solar farm with the capacity to power two-thirds of its 60,000 homes a hydropower project was inaugurated in the south-western province of Nimroz. Several more solar and wind farm projects are underway. It is a shift, even if it will remain dependent on imported power for some time to come.

In a country with some of the lowest carbon emissions in the world, "no one cares whether their electricity comes from renewable sources or not," pointed out Kabul-based energy analyst Mohsin Amin. "What matters is reliability." In many rural areas, solar is often the only option for day-to-day needs such as powering a fridge or charging a phone.

The advent of mobile phones were a game-changer for Afghanistan -- and most other low-income countries across Asia. There is a long way to go, but renewables offer the same kind of hope -- and that has become much clearer since the pandemic.