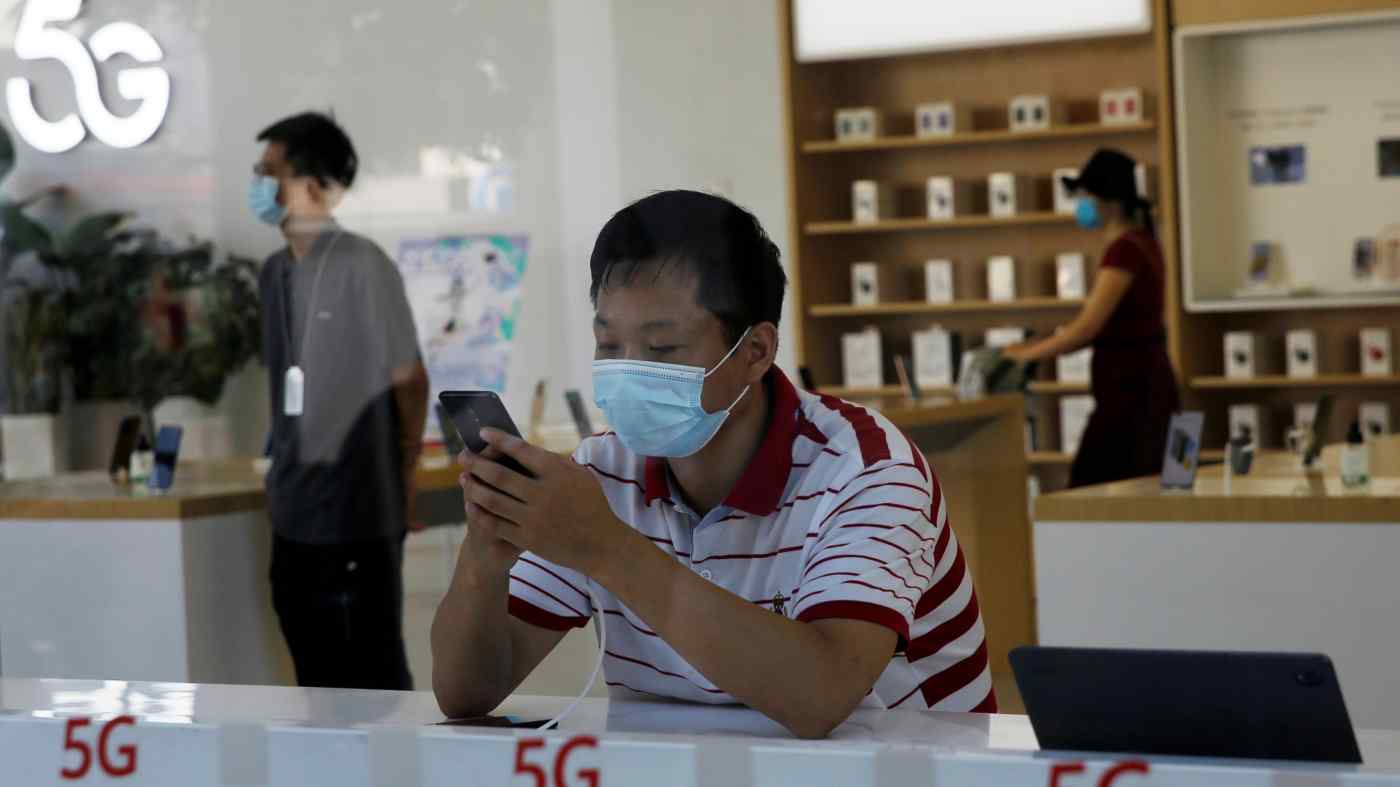 A man checks a mobile phone inside a Huawei store in Beijing on July 14: China's 5G users surpassed 88 million, accounting for over 80% of users worldwide.   © Reuters
CopyCopied

It seems nothing can stop China from winning the global race to install 5G telecommunications technology. Not government bans, nor the debilitating COVID-19 pandemic.

Despite these grave challenges, when it comes to 5G China is actually extending its lead while other countries are plagued by delays.

By the end of July, China's 5G users had already surpassed 88 million, accounting for over 80% of users worldwide -- far ahead of the previously projected 70% share for the whole of 2020. By the end of this year, the number of 5G base stations in China is expected to reach nearly one million, by far the biggest tally globally.

And despite the U.S. cutting off the supply of crucial mobile chips, China's Huawei Technologies remains the top filer of standard-essential 5G patents, with the telecommunications giant set to remain a top global supplier of 5G equipment.

Compare this to some regions in the U.K., where delays of up to three years are expected for the rollout of 5G technology after the government decided to strip Huawei from its networks. Or elsewhere in Europe, where COVID-19 is expected to slow the 5G rollout by up to 18 months. Even the U.S. looks certain to lag far behind China in the 5G race, despite the Trump Administration trying to speed things up last month by making a crucial new chunk of spectrum available to telecom carriers.

Yes, the 5G rivalry is threatening to further divide the world's digital universe by accelerating the U.S.-China decoupling in multiple dimensions and further disrupting global supply chains. But if we look beyond these geopolitical complications, and focus instead on the certainty that China's 5G leadership provides, then the current period can also be seen in a more constructive and beneficial light.

The world does not have to suffer or break apart just because China leads in next-generation wireless technology. In the area of consumer internet innovation, all China's 5G lead will do is strengthen its emerging role as an innovator, just as it did during the 4G mobile internet age when China began to introduce new ideas in particular areas ahead of others.

Bike-sharing and super apps are two examples. These unique innovations soon spread to other corners of the world, enabling California surfers to rent electric scooters with their phones, and allowing young professionals in Indonesia to hail a motorcycle taxi, and order and pay for a meal all on the same app.

What China's advanced schedule in 5G deployment means is that China's entrepreneurs will be able to experiment with user applications on scale first. It's not inconceivable that successful applications tested in China -- be it augmented reality or new gaming experiences -- will later be introduced to other countries.

It's often argued that 5G's industrial applications will bring revolutionary change, such as smart factories where 5G's super fast speed and low latency will enable more flexible, efficient, and intelligent manufacturing. But China, currently the world's factory with 28.4% of global manufacturing output -- far greater than the second-place U.S. on 16.6% -- was already well-positioned to benefit the most from such changes. And as the biggest exporter accounting for 13.45% of global trade, China can keep improving the quality of the products it exports to the benefit of the world's consumers.

Elsewhere, in areas including smart cities, health care, and autonomous driving cars, China can serve as the testing ground for trial and error. What works, what doesn't, and how 5G can best facilitate these long-term revolutions will only be answered through real-life experiments.

Imagine an accident involving an autonomous driving bus on a public road in China that warns the rest of the world that such mixed traffic situations are not the best approach for self-driving tech. The more lead time China has to test and answer these questions in scale, the more valuable the lessons will be to other countries. 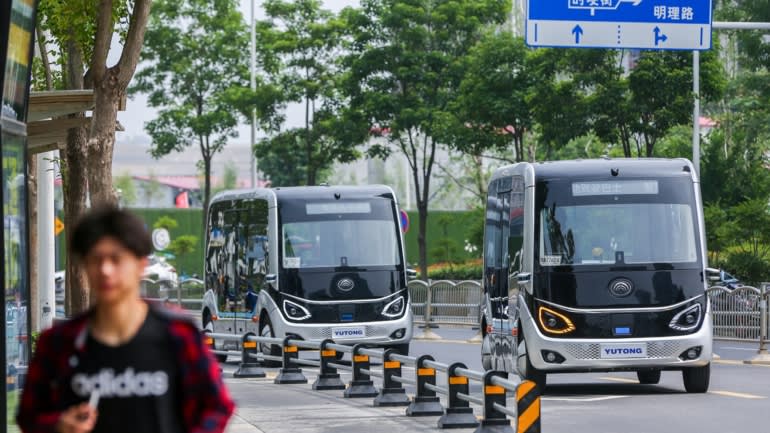 5G-supported Yutong L4 autonomous driving buses move along the street in Zhengzhou on Aug. 11: China can serve as the testing ground for trial and error.   © VCG/Getty Images

Of course, China's leadership in 5G will not be only positive. How to ensure security, protect data privacy, and control risks will be pressing concerns that many international companies and legislators will need to urgently address.

Still, while the surveillance tech that forms a key part of any smart city project is clearly a thorny subject, the fear that Beijing can export authoritarianism around the world through the sale of surveillance tech is about as credible as the idea that the U.S. can export democracy by selling more Big Macs and getting more people to watch Hollywood films.

To be sure, there are troubling ethical questions around the use of surveillance tech. But the best solution is to have a global regulatory framework to address them, such as the EU's General Data Protection Regulation. But when it comes to seeing more technological innovations coming out of China, the rest of the world should relax. As the mobile internet era showed, China can innovate on its own without inflicting much harm.

The 5G age may see China becoming an even bigger driving force for innovation. Some of these inventions will raise difficult questions, but some will be as good for the public as those brought about by many of the things that came out of Silicon Valley. Having dual -- or even multiple -- engines of innovation is not a bad thing.