How Japan can truly reinvent itself as a global financial hub

A key step would be to settle its energy needs in yen, not dollars A LNG tanker behind a port in Yokohama: Japan should contribute to meeting global demand and supply for capital through trading oil and gas in yen.   © Reuters
CopyCopied

Tomoo Kikuchi is a professor at the department of economics, Korea University and an adjunct senior fellow at the S. Rajaratnam School of International Studies, Nanyang Technological University, Singapore. Yohei Tanaka is a lead economist and a deputy manager at the Americas project division, INPEX, a Japan-based oil and gas exploration and production company.

To help make this happen, Japan should contribute to meeting global demand and supply for capital through trading oil and gas in yen, as well as increasing yen-based loans to the Indo-Pacific, and inviting foreign companies to raise capital in Tokyo.

Japan being a close ally of the U.S., a stronger supporting role for the yen to stabilize global markets should be welcomed by Washington too. In recent decades, a strong dollar -- reflecting U.S. dominance in global financial and energy markets -- has not only eroded U.S. competitiveness in manufacturing but has deepened the country's chronic trade deficit.

Meanwhile, the U.S. is no longer the largest energy buyer. Dollar-based energy indexes such as West Texas Intermediate and Brent have become volatile and do not reflect the energy demand coming out of China and Japan.

Tokyo used to be a global financial hub alongside New York and London. With the collapse of the bubble economy in the early 1990s, however, the Japanese economy started to stagnate, and Hong Kong and Singapore replaced Tokyo as a financial hub. Today, the Chinese economy has grown to be three times bigger than Japan's with the gap set to grow wider in the coming decades.

Encumbered by a declining and aging population, it has become imperative for Japanese companies to go global in the search for growth. On the other hand, Japanese households sit on cash savings of 1000 trillion yen ($9.6 trillion), twice the size of Japan's GDP and 50% of total Japanese household assets. By way of comparison, U.S. households hold only around 10% of their assets in cash.

The Indo-Pacific encompasses two regions that are critical for Japan's global outreach. Southeast Asia, where Japanese companies have invested more than China in the past decade, will continue to provide growing markets for Japanese investors. The Middle East is Japan's major energy source.

Yet Japan buys all of its energy and extends its capital and technology investments all in dollars. Through its export and investment activities, Japan has accumulated so much U.S. currency that it is now the world's largest net asset holder of dollars. However, two risks are emerging that might undermine the status quo. The first is a misalignment of interests between the U.S. and the Middle East. The second is the changing role of the dollar.

The two risks are related through dollar-based energy pricing. The shale revolution in the early 2000s made the U.S. the world's largest oil and gas producer and thus less dependent on the Middle East. But that petrodollar recycling, in which the U.S. was the largest consumer, needs a makeover. 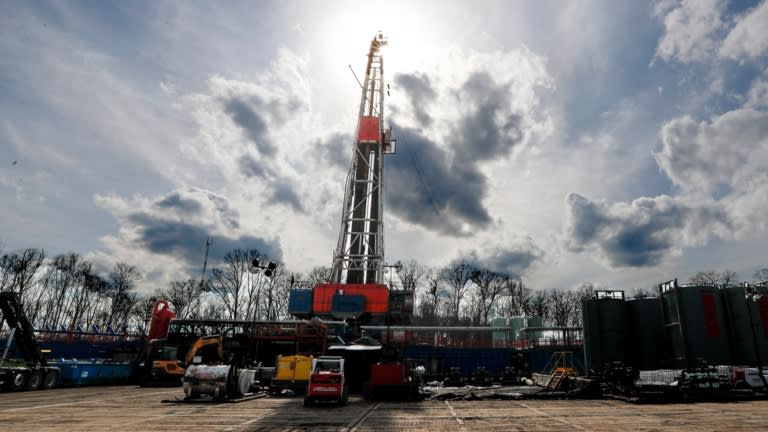 A shale gas drilling site in Pennsylvania: the shale revolution made the U.S. the world's largest oil and gas producer.   © AP

This comes at a time when the U.S. is seeking to reinvigorate its manufacturing industries. As petrodollar recycling has supported a strong dollar that has eroded the competitiveness of its industries, dollar hegemony is neither helpful for reviving U.S. manufacturing, and nor is it necessary thanks to its own energy self-sufficiency. The energy market fundamentals no longer support the dollar link to commodity trading either: China and Japan are the world's largest buyers of oil and gas.

The trade off between Wall Street and Main Street will be the most important agenda for the incoming Joe Biden administration. On one hand, Wall Street favors a strong dollar which eases pressure on interest rates and record-high U.S. government debt. On other hand, a weak dollar would make imports more expensive and exports more competitive, helping both to revive industry and to reduce its trade deficit.

Meanwhile, China is experimenting with its own digital currency and has already started to settle some oil transactions in yuan. The yuan's share as an international payment currency is still low at around 2%, but Japan should step up too.

First, Japan can achieve a closer alignment of price and consumption closer through the settlement of its energy needs in yen. Second, Japan can provide more yen-based loans for the Indo-Pacific.

Oil and gas producers would then accumulate yen through exports and use it to repay loans. Widespread use of the yen will benefit non-energy exporters too, where Japan has deep and wide production chains. Tokyo must realize that Japan can no longer grow based on its own domestic market.

The Indo-Pacific consumes over half the world's energy and its consumption will only grow in the future thanks to its young demographics and growing income. To reinventing itself, Tokyo must find a new role in global markets by promoting foreign companies to raise capital alongside the yen link to oil and gas trade in the region.

Japan could then finally find a way to utilize the excessive cash savings of Japanese households: funding companies in the region that are growing and receiving higher returns that would in turn boost consumption at home.