How Japan's new leader can turn womenomics into a success A young, ambitious woman has much to lose by having a baby.   © Getty Images
CopyCopied

Japan's new prime minister, Yoshihide Suga is widely considered to be a pragmatist.

True to his reputation, he has already rolled out several new policies in the early days of his leadership. One example is extending the national health insurance to cover the cost of infertility treatment to address Japan's low birthrate.

Given the high medical costs over an uncertain timeline, the health insurance extension is a welcome gesture for those couples who are having trouble conceiving.

But it is hardly a fundamental fix for helping Japan's working population find a sustainable balance between family and career. Worse, it signals a lack of understanding about the shortcomings of the policy prescription of his predecessor known as "womenomics."

To be fair, womenomics was partly successful in achieving its main aim of promoting gender equality by pushing more women into the workforce. Of the net increase of five million in the workforce under the second Abe administration, women contributed a gratifying 70% or 3.5 million jobs. It's also true that working mothers in managerial positions no longer raise eyebrows in Japan.

But there are two fundamental oversights built into womenomics.

One is the gender inequity baked into many Japanese families. The other is a work culture environment honoring long hours and sacrifice, which is unsympathetic to young parents or anyone who wants to start a family.

Take the often-missed inequality that is the starting point for most marriages in Japan, where 96% of women take their husbands' surname, making the husband the official head of household and relegating the wife to the status of mere spouse.

While divided gender roles were common up until the late 1990s, where husbands went out to earn the money, wives took care of the house and the kids, Japan's changing economic situation made this division of labor redundant. But even after Japan started identifying its women as important contributors to the economy, our family model remains traditional, and no compelling alternative has emerged to replace the single-income model.

In any mature and complex society, the rapid obsolescence of a single-income model is a given. But if the legal system remains strictly aligned with outdated structures, then attempts to create something new are suffocated at birth. That's why a woman's status in Japanese society remains supplementary to her husband's status.

Then there is Japan's work culture, which continues to be extremely demanding. Reforms introduced under former Prime Minister Shinzo Abe, including the cap on overtime, were designed to put an end to the phenomenon of karoshi, or death by overwork. But the culture has been slow to change. And, ironically, womenomics threw career-minded women into the same grueling rat race as men. 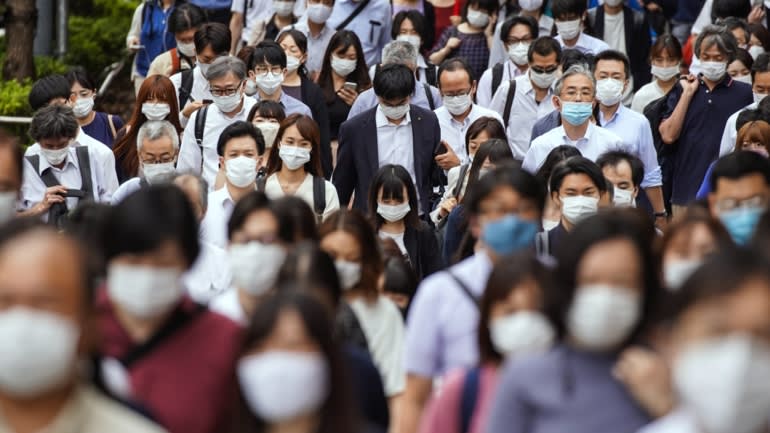 The work environment is especially challenging for young parents. From a career perspective, a young, ambitious woman has much to lose by having a baby. Without a healthy work-life balance, womenomics only serves to put women onto a slippery slope toward needing fertility treatment.

To put it bluntly, our system remains overly sexist and the work culture is still far too demanding. It is not surprising that more Japanese women put off motherhood or opt-out completely. No wonder the average age for having a first child has risen from 25.7 in 1975, to 30.7 in 2018. In 2019, the total fertility rate fell for the fourth straight year to 1.36 from a high of 1.45 in 2015.

If we embrace the reality that men and women alike deserve the same quality of life, including the choice of becoming parents and participating in the working world on an equal footing, then we need to make sure the system supports the reality. There is much that politicians can do. First, they can alter the conventional assumption favoring the single-income household and start treating husbands and wives as true equals.

Next, the government must work to actively improve the working environment and go beyond merely setting guidance for the private sector. National civil servants, all 578,000 of them, can lead by example by creating highly productive yet parent-friendly workplaces.

COVID-19 offers us a window of opportunity to promote a new work-life balance. The new prime minister prides himself on promoting national strategic special zones, the ringfenced areas where new deregulation and incentives are tested to invite business. By taking advantage of the swift normalization of remote work, the government may experiment with a new strategic special zone to attract employers and working parents with quality childcare infrastructure surrounded by nature. The successful model could then be rolled out to other regions.

Infertility treatment must remain a viable option for aspiring parents, but it will not be enough to reverse the population decline. Nor does it assure that a woman's place is equal to that of men in the workplace. For women to be able to confidently balance motherhood and a meaningful career early enough in their lives, society needs to have their backs. By tackling the work left unfinished by the previous administration, Japan's new leadership can truly promote gender equality in Japan.