How Joe Biden can help Hollywood compete with China 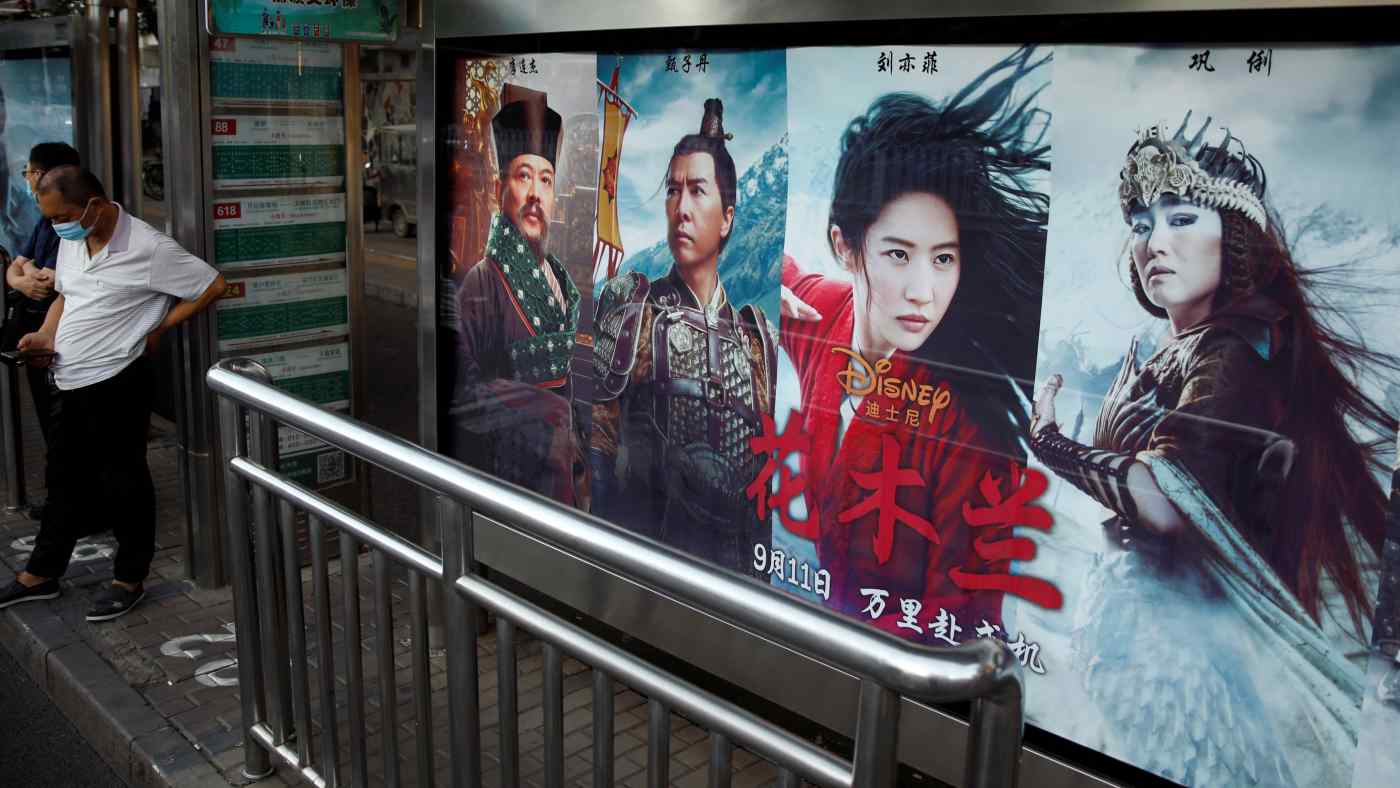 Aynne Kokas teaches media studies at the University of Virginia and is the author of: "Hollywood Made in China."

The year 2020 will be remembered for a lot of things, but one of the year's more under-appreciated developments was that China finally overtook the U.S. at the box office.

Over the last four years, Trump's cabinet specialized in saber-rattling about Chinese influence over the U.S. entertainment industry. Critical speeches by former Attorney General Bill Barr and Secretary of State Mike Pompeo berated the industry for being beholden to the Chinese Communist Party.

But these actions meant little when the administration's "herd immunity" strategy shuttered U.S. theaters, deepening Hollywood's dependence on China. The incoming Biden administration must now defend both Hollywood's global competitiveness and democratic values across a range of media and entertainment industries.

Mismanagement of the COVID-19 pandemic gutted the U.S. film industry. U.S. theater chain Regal Cinemas, the country's second-largest movie distribution chain, closed. AMC, the leading exhibitor in the U.S., could run out of cash in the first quarter of 2021, potentially requiring a bailout from its major shareholder, China's Dalian Wanda Group. Trump's failed stewardship of the U.S.-China film relationship did not begin with the pandemic. Under Trump's watch, the U.S.-China film agreement, a landmark bilateral trade agreement guaranteeing a minimum of at least 34 U.S. films to be released into the Chinese market each year, expired amid fanfare about soybean purchases. The Chinese government has continued to let U.S. films in, but without the legal recourse outlined in the agreement.

Questionable actions by major studios reflect the intense financial pressure they face in the Chinese market. In September, Disney released Mulan, a film supported by government entities responsible for human rights abuses in China's Xinjiang. The company ignored protests in Japan, Hong Kong and other parts of Asia about anti-democratic statements made by the film's lead actress, Crystal Liu. Disney also depends on its theme park business at Shanghai Disney to compensate for the money bleeding from a shuttered California Disneyland. However, Disney's corporate financial decisions should never be allowed to influence U.S. policy.

The incoming Biden administration has the chance to restore U.S. industrial relationships and trade agreements with China. But it must thread the needle of supporting Hollywood studios' real economic pressures with increased Chinese political pressure on the industry. The film industry's challenge exemplifies a crosscutting issue facing the incoming Biden administration -- balancing U.S. companies' financial and security interests with significant China exposure.

President-elect Joe Biden will take office with China as the world's largest film market. Hollywood can reclaim its global film industry crown with careful public health stewardship and federal support for the ailing U.S. industry. As the Biden administration resets the U.S. relationship with China, renegotiating guaranteed access to the Chinese market provides both financial and human rights benefits. After all, U.S. companies with legal market access guarantees are less likely to yield to excessive Chinese government demands.

The Biden administration needs to nominate someone to lead the relationship who understands the stakes of U.S.-China trade and has a history of resisting Chinese government pressure. Bob Iger, Disney's top shareholder when it released Mulan, former CEO of the company and a leading candidate for U.S. Ambassador to China, would not balance these interests. Iger helmed Disney when it collaborated with the Xinjiang government's darkest elements and ignored the beacons of democratic protest in Hong Kong.

However, an ambassador to China who can navigate the economic and political challenges that U.S. media and technology companies face in China could present a strategic advantage for U.S. industries as they balance financial and humanitarian pressures. Think less Bob Iger, more Bill Gates. The next four years will present unprecedented challenges for leading industrial sectors, and the U.S. cannot face falling further behind.