How the US military is preparing for a war with China

Juicy targets include artificial islands in the South China Sea 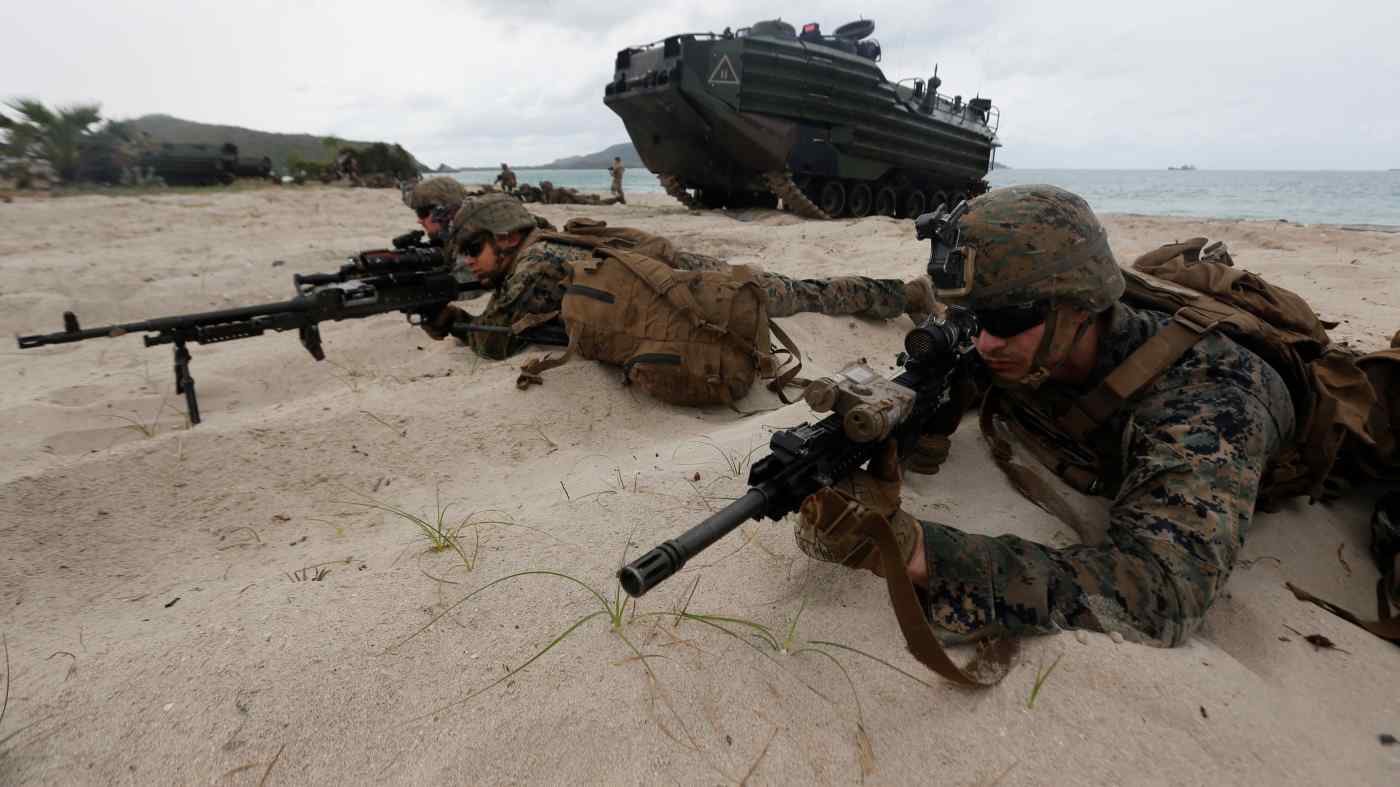 U.S. Marines participate in an amphibious assault exercise in Chonburi, Thailand, in February 2020: the Marines will be sea-based and able to sail into the waters of the South China Sea.   © Sipa/AP
CopyCopied

The Atlantic Council's publication of The Longer Telegram, which lays out a sweeping blueprint for a U.S. strategy to face China, provides significant clues about a new lay-down of American forces around east Asia.

Whether the new Biden administration fully embraces the paper's aggressive stance remains to be seen, but elements are under serious consideration. Certainly, the new team at the National Security Council, led by highly respected Asia hand Kurt Campbell and a deep bench of Asia experts, will be looking at a wide variety of options for the military component of a new overall strategic posture.

One of the key elements in the military component is a series of "red lines" to which the U.S. would respond militarily.

These include "any nuclear, chemical, or biological weapons action by China against the U.S. or its allies or by North Korea; any Chinese military attack against Taiwan or its offshore islands, including an economic blockade or major cyberattack against Taiwanese public infrastructure and institutions; any Chinese attack against Japanese forces in their defense of Japanese sovereignty over the Senkaku Islands, which China claims as the Diaoyu, and their surrounding exclusive economic zone in the East China Sea; any major Chinese hostile action in the South China Sea to further reclaim and militarize islands, to deploy force against other claimant states, or to prevent full freedom of navigation operations by the U.S. and allied maritime forces; and any Chinese attack against the sovereign territory or military assets of U.S. treaty allies."

At U.S. Indo-Pacific headquarters, strategic, operational and tactical teams are putting together new approaches for deploying American forces. These new options will be sent back to the Pentagon as part of the overall "posture review" being undertaken by new Secretary of Defense General Lloyd Austin. What will emerge?

One option is an enhanced role for the U.S. Marine Corps, which traces so much of its pre-9/11 operational history to the Pacific going back to World War II. Under the dynamic intellectual leadership of Marine Corps Commandant Dave Berger, gone are the large troop formations, armored capability and land-based Marine tactics of the "forever wars" in the Middle East.

Instead, in the context of a U.S.-China strategy, the Marines will be resolutely sea-based and able to sail into the waters of the South China Sea, well inside the island chains China relies on for defense. Once inside, they will use armed drones, offensive cyber capabilities, Marine Raiders -- highly capable special forces -- anti-air missiles and even ship-killer strike weapons to attack Chinese maritime forces, and perhaps even their land bases of operations. The Chinese militarized artificial islands in the South China Sea would be juicy targets, for example. In essence, this will be guerrilla warfare from the sea. 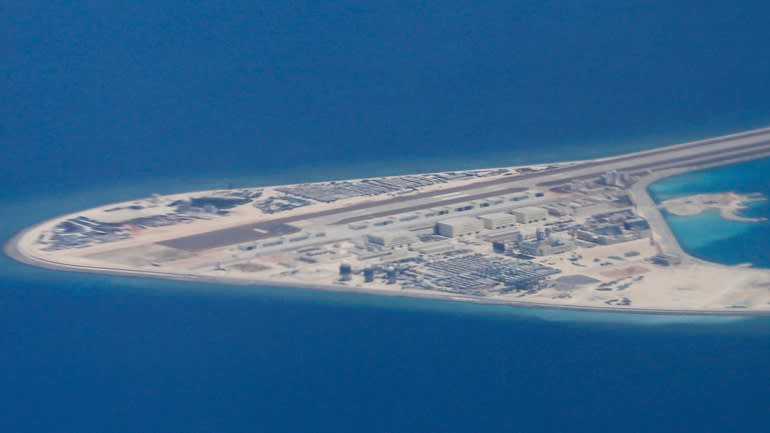 An airstrip and buildings on China's man-made Subi Reef in the Spratly Islands in the South China Sea, pictured in April 2017: juicy targets.   © AP

In addition to a new Marine tactical and operational approach, the U.S. Navy will be undertaking more aggressive patrols throughout the waters off China. Some will say this is merely the military equivalent of "driving doughnut holes in your neighbor's lawn." But the strategic concept is clever: to gradually include other allied warships in this aggressive freedom of navigation patrols. Doing so internationalizes the pushback on Chinese claims of sovereignty over the South China Sea.

In particular, the Pentagon is hoping to include British, French and other NATO allies in the effort. Indeed the recent NATO defense ministerial in Brussels involved consultations over the alliance's role in facing the rising military capability of China. Over time, the U.S. would like to convince Australia, New Zealand, India, Japan, South Korea, Singapore and Vietnam to participate in such deployments. The U.S. overall maritime strategic posture is predicated on creating a global maritime coalition to face the Chinese People's Liberation Army's highly capable forces.

In addition to the sea service's activities, the U.S. Air Force will likely be shifting additional long-range land-attack bombers and fighters to Pacific bases that are widely distributed across Asia, including some very remote sites on smaller islands. These so-called spokes will be supported from larger bases in Guam, Japan, Australia and South Korea. The concept, dubbed Agile Combat Employment, adds a high degree of mobility to the currently concentrated combat power of both fighter and attack aircraft deployed in the region.

Finally, the U.S. Army will increase both combat power and mobility to deploy units forward in support of the red lines along those advocated in the telegram, including enhanced capability based in South Korea and Japan but easily capable of deploying to smaller islands throughout the region.

Both the Army and Air Force would be on the forward edge of additional training and exercises with the Taiwanese as well. Look for increased emphasis from the new American Space Force to focus intelligence and reconnaissance on the theater, as well as enhanced offensive cyber options from the U.S. Cyber Command, in coordination with the National Security Agency.

Taken together, it seems clear that the U.S. military is stepping up its presence and combat capability in the Western Pacific, and positioning for a conflict with China over the coming decades.

The Longer Telegram provides an important clue as to what options the Pentagon and the White House are considering as part of an expected new strategy to face the rise of China. Hopefully, skillful diplomacy and the intertwined economies of the two great powers will preclude the outbreak of war -- but U.S. military planners are busy these days.