How to get Asia's next 2.5 billion people online

Next decade in tech must rest on strong foundations A teacher helps a kid studying online through a mobile phone in Mumbai in October 2020: to expand economic opportunities we need to deepen the digital economy's foundations with education.   © Sipa/AP
CopyCopied

Most of the 2.5 billion people online in the Asia Pacific today would barely recognize the internet of 2001.

When Google opened its first overseas office in Tokyo 20 years ago this month, smartphones, as we know them today, had not been invented. The digital economy ran on desktops, laptops and at a sluggish 9.6 kilobits per second on rudimentary mobile internet. The word "app" was not part of our lexicon.

By the time I arrived in the region in 2013, all that had changed. The rise of the mobile internet, smartphones and falling data costs opened up unprecedented technological access.

As someone who had faced the challenges of building a tech business in pre-smartphone Europe with limited capacity to expand on a regional scale, it was exhilarating to see firsthand the ambition and energy of the entrepreneurs Google worked with in the region -- and how quickly they were able to grow.

The ability to launch, build and export a business so quickly is a big part of the reason why Asia now leads global innovation in sectors from digital payments to online gaming and e-commerce. Asia's technological transformation over the past two decades has been remarkable. Its trajectory will continue -- if the region can put the right foundations in place today.

Over the decade ahead, Asian developers and businesses can build new digital tools and services, create more technology-based jobs and use technology to solve shared challenges in health care, environmental protection, and more.

But realizing that potential will require concerted, coordinated action and good partnerships. Approximately 1.8 billion people across the region still do not have access to the internet at all, and many who have come online remain unable to make the most of technology. To change that, the region's businesses, governments and civil society organizations should focus on four priorities: inclusivity, opportunity, openness and trust.

Making the internet more inclusive starts with ensuring that it works better for its newest users. Affordable smartphones -- like the one Google and Reliance Jio are developing in India -- will provide new means to connect.

But we have to go beyond just connectivity to understand the ways new users actually want to experience the internet. One solution is better supporting the growing number of people who prefer to talk to their device in their own language rather than type -- something half of all internet users in Asia have done recently.

At the same time, innovation has to be complemented by wider efforts to close social and economic divides in digital access -- and here, the pandemic has brought a renewed sense of urgency.

To expand economic opportunities -- the second priority -- we need to deepen the digital economy's foundations with education and skills programs. Governments in South Korea and Singapore have made supporting startups part of their COVID recovery strategies. But it is equally important that countries strengthen other rungs on the educational ladder: giving teachers and students better digital tools, bringing small businesses online, reskilling workers for a more technology-reliant economy.

Indonesia, where Gojek founder Nadiem Makarim is Minister for Education, Culture, Research and Technology, is seeking to build this type of ladder, from computational thinking training for schoolteachers through to public-private partnerships for nurturing talented young developers. 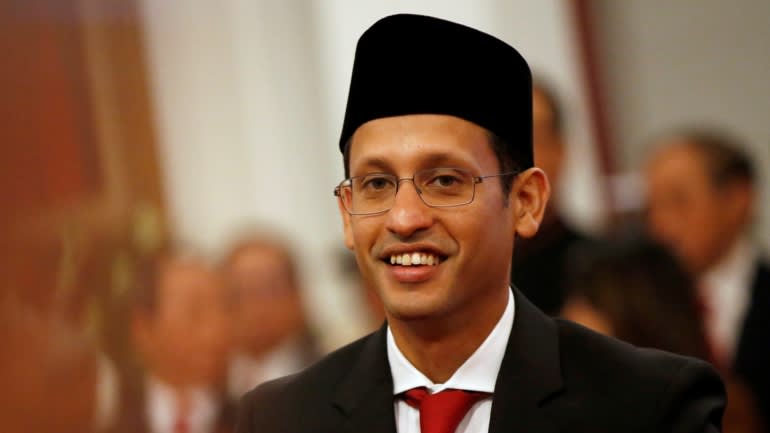 Nadiem Makarim, Gojek founder and Indonesia's Minister for Education, Culture, Research and Technology: the country is seeking to strengthen rungs on the educational ladder.   © Reuters

The payoff for providing these kinds of pathways is clear. Economics consultancy AlphaBeta estimates that a digitally skilled workforce could contribute about $300 billion to Indonesia's economy by 2030, 16% of forecast gross domestic product. For Japan, the equivalent figure is 30% of GDP.

The third priority, openness, is already a source of enormous dynamism for Asia's digital economy. Asian entrepreneurs are focused on many different sectors and priorities, yet they swap ideas regularly and take inspiration from one another's success.

They often have global ambitions from the very start. Janine Teo, the Singaporean chief executive of startup Solve Education, chose to launch in Indonesia first. But before too long, her business had operations in India, Malaysia and Nigeria -- developing game-based apps that help children learn on their devices.

Moves to establish new digital trade agreements -- led by countries like Singapore, Australia and New Zealand -- are encouraging developments that would ensure more would-be entrepreneurs can look beyond their national borders. But digital openness cannot be taken for granted. It must be built on a foundation of trust, underpinned by mutual respect between governments and businesses and a shared recognition of technology's benefits and challenges.

As Asia's new users ascend up the skills and opportunity ladder, it is incumbent on those of us who build technology to ensure they can use the internet safely and confidently -- and we recognize our own responsibilities at Google.

On misinformation, we have worked closely with Asian governments to ensure online information on health and vaccines is accurate. On safety, we have increased regional staffing in our teams that identify and fight online threats. On privacy, we are phasing out the use of individual identifiers that track people as they browse across the net. We will continue to build on these steps while advocating for broader government and industry action like incorporating media literacy training into education systems.

The dramatic expansion of digital access in Asia over the past 20 years has transformed the potential of technology for billions of people across the region. If we build for the next decade on foundations of inclusivity, opportunity, openness and trust, Asia will continue to shape the future of the internet for the better, for people throughout the region and well beyond.