Meng Wanzhou leaves her home to attend the start of her extradition hearing at B.C. Supreme Court on Jan. 20: Canada faces a hard choice on the Meng case.   © The Canadian Press/AP
CopyCopied

More than a year after she was detained in Vancouver airport, Huawei executive Meng Wanzhou appeared in court at the start of her extradition hearing on Monday. Meng's arrest was followed by the retaliatory arrest of two Canadians, Michael Kovrig and Michael Spavor, who are enduring harsh conditions in prison and now face trumped-up charges of spying. All of this has led to a downward spiral in Canada-China relations.

Perceptions of China in Canada have taken a nose-dive. According to a recent poll, fewer than 30% of Canadians now have a positive view of China, although, paradoxically, over 60% still favor a free trade agreement between Canada and China.

China has not improved the situation. Public statements by Beijing's previous and current ambassador to Canada have come across as threatening, arrogant and occasionally inflammatory. Public debate on Canada-China relations has also polarized, and China-sponsored demonstrations in Canada have further hardened attitudes.

Canada faces a hard choice on the Meng case, whether to let proceedings continue through the courts and endure China's wrath or to exercise a rarely used option to end them. Whatever it does, domestic and international criticism is guaranteed. But at the heart of the issue is China's hostage-taking, and Canada and its allies need to stand up against this.

This first stage of Meng's hearing deals with the issue of dual criminality -- that is, the question of whether the basis of the extradition request by the U.S. is a crime in Canada as well as in America. Meng is accused of having committed bank fraud in providing false information to U.S. banks on Huawei's links to violations of American sanctions on Iran. She denies wrongdoing.

Her lawyers will most likely argue that the core issue is in fact an arm's-length application of U.S. sanctions on Iran. This would make the extradition request invalid since Canada does not have similar sanctions. If the judge agrees with her lawyers' arguments, Meng will walk away free.

If this happens, China is likely to release, and probably deport, the two Canadians. But Canada would have no guarantees on whether China would release the two Michaels, nor on how long it would take. China may take its time doing so, to emphasize its unhappiness with Canada's actions. The long-term impact of prison on two innocent Canadians is likely to be very significant. People hold signs calling for China to release Canadian detainees Michael Spavor and Michael Kovrig in Vancouver in March 2019: the long-term impact of prison on two innocent Canadians is likely to be significant.   © Reuters

If the judge rules that the case should proceed, then the next hearing will examine Meng's claims of procedural irregularities in her initial arrest. This means the case could drag on for many more months and years, which would also mean many more months or years of prison time for the two Canadians. Their two cases were handed over to the prosecutor on December 10, which started the process leading to trial and possible sentencing. That is a chilling prospect.

The other option facing the Canadian government would be for the justice minister to bring an end to the case. He has the power to do so under Canada's Extradition Act, but this action is taken very rarely, and only in exceptional circumstances.

The advantage would be that Canada could negotiate, as part of Meng's release, the immediate release of Spavor and Kovrig, as well as addressing the market access barriers China imposed in retaliation for Meng's arrest.

This could bring a swift end to the Canadians' detention, but releasing Meng would doubtless anger the White House and undermine Canada-U.S. relations. Canada could alleviate any potential fallout from this scenario if the move were coupled with a decision not to grant a license for Huawei's fifth-generation, or 5G, mobile network equipment in Canada.

On the downside, such a move would send a mixed message about Canada's commitment to the rule of law, even though it would be perfectly legal under Canada's system. More critically, it could reinforce China's bad behavior and its tendency to take foreigners hostage for political ends. This includes other Canadians who were subsequently released.

What is needed to counter China's pattern of aggressive hostage-taking is a united front among countries which have faced these problems in the past. Citizens from Australia, Britain, the U.S. and Japan, among others, have been arbitrarily detained in China.

Canada's allies have expressed concern to China about the two men, but a more effective approach would be a coordinated and concrete response from these and other countries to hostage-taking of any of their citizens. This response could include collective imposition of tariffs or sanctions to drive the point home.

Neither releasing Meng early nor letting the legal process unfold will repair the damage to Canada-China relations -- China has lost a decade of good will. But leading a collective effort to stop the practice of hostage-taking may be the only positive result of Canada's current China dilemma. 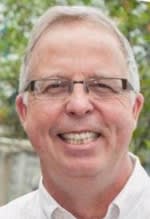