Xi Jinping is growing aggressive, but Narendra Modi should not overreact 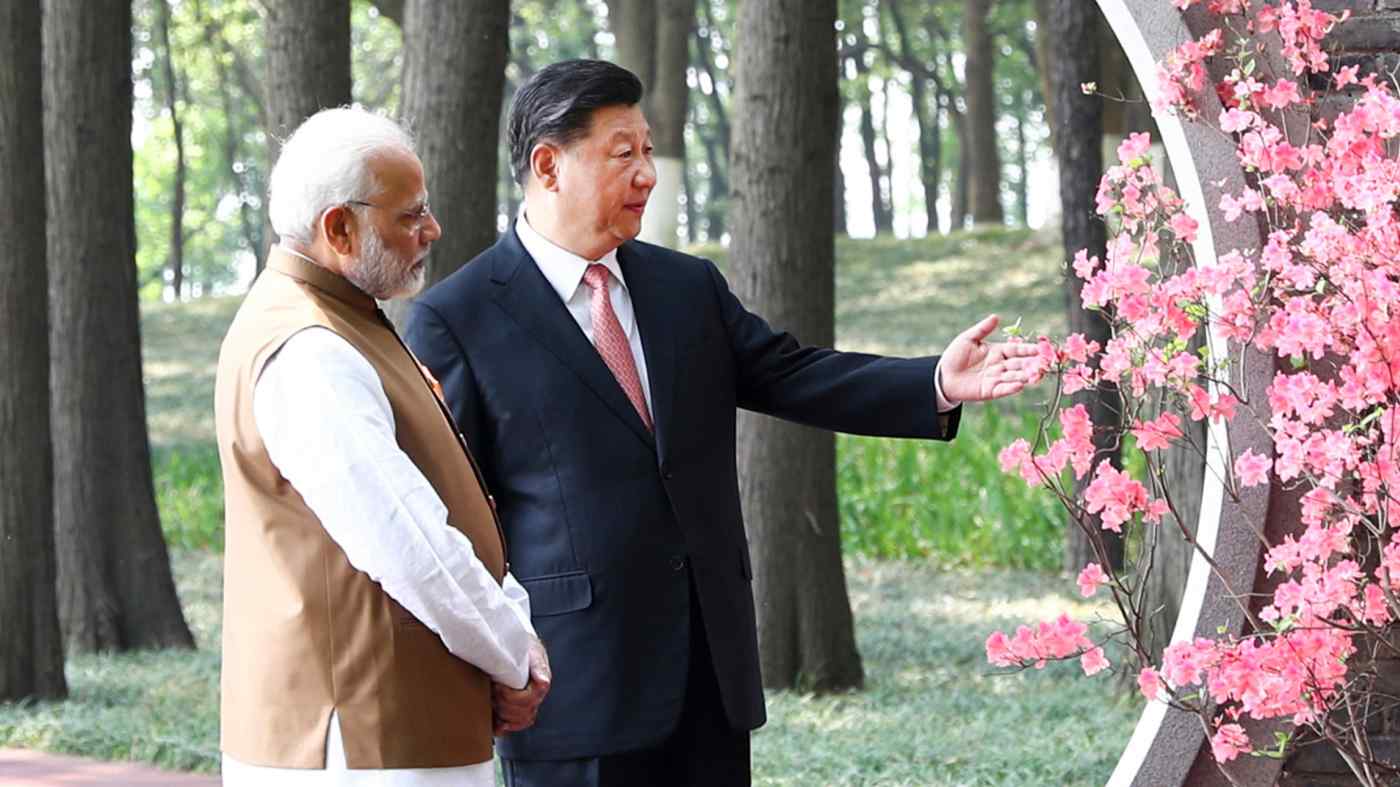 Narendra Modi, left, and Xi Jinping talk at a garden in Wuhan in April 2018: why did the pact break down?   © Xinhua/AP
CopyCopied

Wuhan is now notorious as the likely birthplace of coronavirus. But back in 2018 the Chinese city won a small measure of fame by hosting a summit between President Xi Jinping and Indian Prime Minister Narendra Modi in the aftermath of a series of dangerous Himalayan border skirmishes.

Xi and Modi pledged to patch things up then, in effect telling their respective armies to cool it. Now, after a new series of border incidents in May, one question remains unanswered: why did the Wuhan pact break down?

The odds are that these latest incidents, one of which involved fisticuffs between Indian and Chinese soldiers, will soon settle down. The duo's last major standoff in 2017 eventually calmed too. Both nations face post-COVID-19 economic crises, and neither is likely to want to escalate.

But tensions between India and China in general are undeniably growing worse. More attention is paid to deteriorating ties between China and the U.S. As India and China grow in power and influence, they will clash more often too.

Hazy facts on the ground complicate the ongoing situation in Ladakh, a desolate, mountainous border region. India and China share a 3,500 km frontier, over which they fought a war in 1962. Along large stretches neither side can agree where the border actually is. Even so, Indian security analysts think hundreds of Chinese soldiers crossed as many as three different border lines during May.

There are two ways to explain this, the first of which blames China's newly assertive post-pandemic foreign policy. From the streets of Hong Kong to the waters of the South China Sea, Xi is in bullish mood. Some think he is taking advantage of a distracted U.S., others that he is shoring up his power base at home.

Either way, China has form in prodding its regional rivals. Back in 2014, Chinese troops launched an incursion into Indian territory just as Xi arrived on a visit to New Delhi -- a move many in India viewed as a deliberate provocation.

In this case, a second explanation is more likely, involving local border factors. Both sides have been sprucing up their high-altitude military presence of late, building roads, camps and defensive infrastructure. More troops have been sent in too. The two armies are in closer contact than has traditionally been the case, increasing the odds of confrontation as they jockey for tactical advantage.

This explanation in turn provides a striking metaphor for the negative trajectory of Sino-Indian relations, given that both are improving their military capabilities more generally and expanding their sense of their own national interests too.

To take one example, China is making its presence felt around the Indian Ocean, which New Delhi sees as its backyard, not least through Beijing's Belt and Road Initiative infrastructure scheme. Meanwhile, India has been touching on issues China thinks it should avoid, as when an Indian government spokesman spoke out in May in favor of free navigation in the South China Sea.

As a result, the direction of travel between the two countries is looking rocky, a fact that is hardly helped by fallout from the pandemic. In common with the U.S. and Europe, both elite and public opinion in India has turned sharply against China over recent months, blaming Beijing for the calamity of COVID-19.

This still leaves India with dilemmas about how to respond. Modi's best option is probably to deepen ties with other powers around Asia which are worried about China, a balancing policy he largely followed in his early years as prime minister, before the more peaceful overtures of Wuhan.

One example of this takes place on June 4, when India hosts a virtual summit with Australia on building security and military ties. New Delhi has plenty of other options, including an invitation from U.S. President Donald Trump to Modi and a handful of other leaders for an enlarged forthcoming meeting of the Group of Seven, specifically to discuss China policy.

India is becoming warier of economic entanglements with China too. Modi imposed restrictions on foreign direct investment in April, for fear that Chinese investors would move to take over recession-hit Indian companies.

This does not mean India is set on a path of inevitable conflict in the vein of China and the U.S. As the weaker power, New Delhi has sensibly shied away from such a path. 2018's Wuhan summit was specifically designed to rebalance relations, which Indian strategists felt had grown dangerously negative.

Nonetheless, Modi must grapple with the reality that tensions with China are likely to worsen in future, driven by a lengthening list of areas where the two Asian giants disagree. It is always possible to patch things up temporarily. But as their failed 2018 agreement shows, such deals are unlikely to last.

Back then, Modi and Xi talked up a friendly new "Wuhan spirit." As India and China rub up against one another, that spirit seems extinguished and unlikely to return.