When India's tax department lost a high-stakes international ruling last month over its move to recoup 221 billion rupees ($3 billion) in retroactive taxes from the U.K.-based Vodafone Group, New Delhi signaled that it would fight the ruling.

Fearing that the ruling could encourage more arbitration requests by other aggrieved foreign investors seeking compensation for adverse regulatory decisions, it is easy to understand why. But not only is the government unlikely to succeed in overturning the ruling, refusing to accept it will further damage India's reputation abroad as a place to do business.

New Delhi has justified its actions by arguing that it has the right to tax the capital gains resulting from Vodafone's 2007 acquisition of local telecom Hutchison Essar. However, it is not the taxability of any capital gains, but the retrospective changes in India's tax rules that is unfair and objectionable.

The basic problem here is that India remains extremely uncomfortable with its regulatory regime being subject to any form of external discipline. That is why India remains wary of bilateral investment protection treaties, recently allowing 58 separate investment treaties to expire, and why it wants to keep taxation matters out of their purview.

In its present form, no foreign country in its right mind would accept such a rule, especially given India's snail-paced judicial system that takes years to settle commercial disputes. The bad reputation enjoyed by India's tax department globally doesn't help matters either, with numerous instances of unreasonable tax demands being made against foreign investors including Cairn Energy, which is currently fighting over a $1.4 billion tax bill with Indian authorities.

Instead of contesting the Vodafone ruling, Modi should be trying to end retrospective rules that grant India's tax department extraordinary powers to harass investors, foreign and domestic, and that end up discouraging private investment altogether. Regulatory uncertainties, especially those related to investment, trade and taxes, remain the top risks for foreign investors doing business in the country.

No wonder India finds itself way behind competing countries like Vietnam when it comes to attracting foreign direct investment. Of the 56 companies that left China between April 2018 and August 2019, only three shifted to India, while 26 went to Vietnam, according to a recent report by Nomura. This clearly demonstrates that India is not benefiting from the manufacturing shift away from China resulting from its intensifying tech and trade war with the U.S.

While India's domestic market of 1.3 billion people is large and growing, with low per capita income of $2,100 compared to China's $10,260, it is still not big enough for international business to achieve economies of scale. Mercedes-Benz, for example, sold 698,000 cars in China last year compared to a mere 14,000 in India.

Adding to India's woes is that one by one, foreign companies are either exiting or scaling down their India operations due to lower than expected sales, and a slowing economy. The latest to leave the country -- the world's biggest motorcycle market -- is the iconic U.S. brand Harley Davidson. 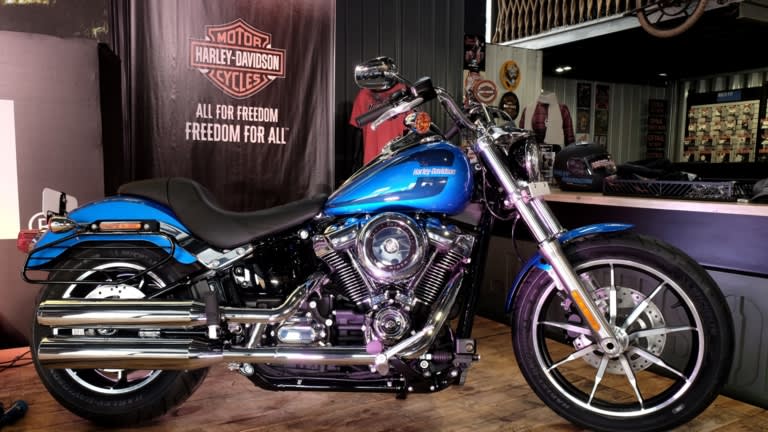 Given the relatively small-size in monetary terms of its domestic market, India has no choice but to push exports. As so much of international trade occurs between different branches of the world's multinational companies, making it easy for them to set up in India would make sense. But the one thing that any long-term investor needs -- a transparent and certain regulatory environment -- is seriously lacking in India, especially when it comes to taxes. That's why India's reputation took such a big hit when it slapped Vodafone with a retroactive capital gains tax bill.

Worse still, there is an increasing tendency among Indian policymakers to keep changing the rules of the game in ways that hurt foreign companies. Rules governing e-commerce and telecommunications are obvious examples, as are cases where individual states are reneging on their contractual obligations. All of these factors are adding up to deter existing and prospective investors, capping the country's long term growth prospects.

In its hot pursuit of tax revenue, the Modi government has stuck with the bad example set by the previous Congress-led government. If it is serious about realizing its ambition of turning India into a $5 trillion economy, then India's economic engine will have to start turning out double-digit growth rates. An important first step would be to reform the country's draconian tax regime.

An essential part of making India an attractive investment destination and a serious alternative to China is minimizing policy and regulatory risk. Though they do impose various limits on domestic policymaking, bilateral investment treaties would be a vital step toward creating trust in India's regulatory regime.

Otherwise, foreign money in India will primarily be limited to highly unreliable portfolio investment funds, known as hot money, or mergers and acquisitions. And investment in the kinds of greenfield projects that will create the new capital assets and jobs that the country so desperately needs, will forever remain a tantalizing mirage on India's horizon.