India must restore internet access to Kashmir to fight coronavirus

Communications blackout has been depriving residents of vital information 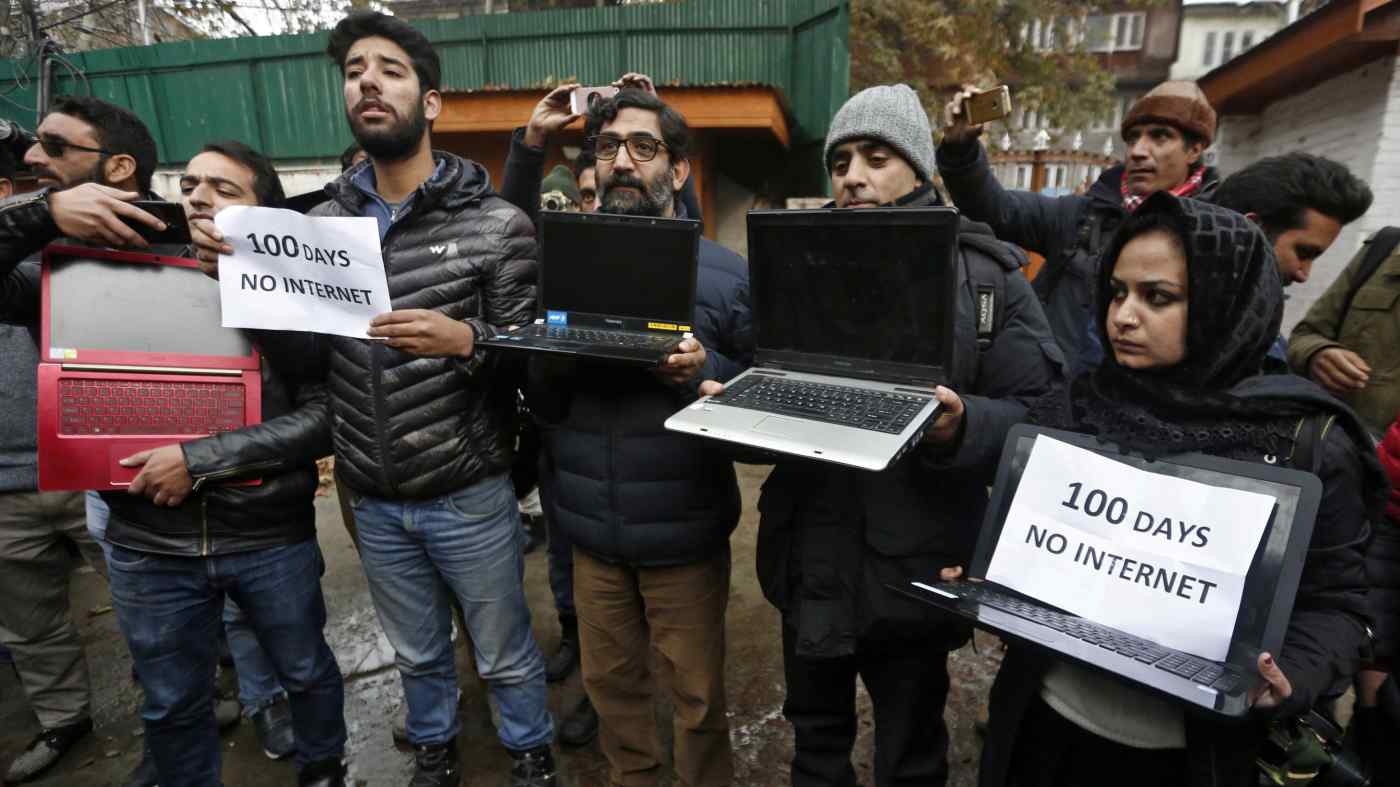 Bilal Hussain is a freelance writer and columnist based in Kashmir with a focus on press freedom, Kashmir and the conflict economy.

In these extraordinary and challenging times, when access to information is vital for understanding and combating coronavirus, the government of India has yet again blocked internet services on mobile networks in Indian-administered Kashmir, which has been under communications restrictions since August last year.

In its latest directive, the government has cut internet and cellular services throughout the Kashmir valley. The communications gag started on May 6 after the commander of militant separatist outfit Hizbul Mujahideen was killed by the Indian army.

With their restricted internet services, people under lockdown in Kashmir cannot access the World Health Organization's video clips raising awareness about coronavirus. For doctors in local hospitals, it takes approximately an hour to download intensive care unit guidelines. People who could otherwise work from home are forced to go to their offices.

The government of India must decide now if it wants to relent and restore communications on all platforms without any restrictions, or risk people's lives and aggravate this crisis.

The problem dates back to August 5 2019, when Prime Minister Narendra Modi put Jammu and Kashmir into a communications blackout as he downgraded the region's status, sent in soldiers and took more control for New Delhi. Eight million residents lost the ability to contact the outside world until late December, and even then many restrictions remained.

Eight months later, Jammu and Kashmir has recorded nine deaths from coronavirus with 449 active confirmed cases, including two siblings, a seven-year old and an eight-month-old baby. The first COVID-19 case in Kashmir was reported on March 18 and by now more than 16,000 are quarantined at home and in hospitals.

It is not just information which families are cut off from. There are scores who cannot now buy medicines online because of either the lack of internet or a lack of delivery slots.

According to the Internet Shutdowns website, the original blockade was the longest ever in a democracy: 213 days. Even its theoretical lifting, ended by the new order, was not much better. The Internet Shutdowns organization has repeatedly urged the government to restore high-speed internet services in these times of great distress.

It affects local journalists trying to cover the coronavirus outbreak and response accurately too. In a recent statement, the Reporters Without Borders media freedom organization called on the government of India to restore high-speed internet in Kashmir without further delay as the restrictions on communication are, it said, "potentially criminal irresponsibility" especially in the COVID-19 pandemic.

The communication blockades force journalists to work from offices or a government-run "media facilitation center," putting them at a higher risk of infection. Journalists use the internet inside a government-run media facilitation center in Srinagar on Jan. 10.   © Reuters

This comes against the background of broader government repression of journalists in Kashmir.

Until recently, there were two journalists in jails: Aasif Sultan and Qazi Shibli; Shibli was recently released. According to the Committee to Protect Journalists, Aasif Sultan continues to be imprisoned for his work, which acts a deterrent for other journalists to report freely in the region. Another journalist has alleged that the Indian Army forced him to act as a human shield.

Given the renewed curb on the internet, the coronavirus pandemic presents an even more serious challenge to the people of Kashmir. Idrees Kanth, who researches Kashmir's modern history, claims that the eighth-month-old communication blockade transformed Kashmir into a "large open prison."

Without the free flow of helpful scientific information, the coronavirus pandemic is all the more menacing for the Kashmiri people.

It remains to be seen whether the government will end the communication ban and restore full internet services for all cellular subscribers, equipping doctors, journalists and the population to fight this pandemic more effectively. But it should.