Underlying cracks in the country's microeconomy are worrying foreign investors 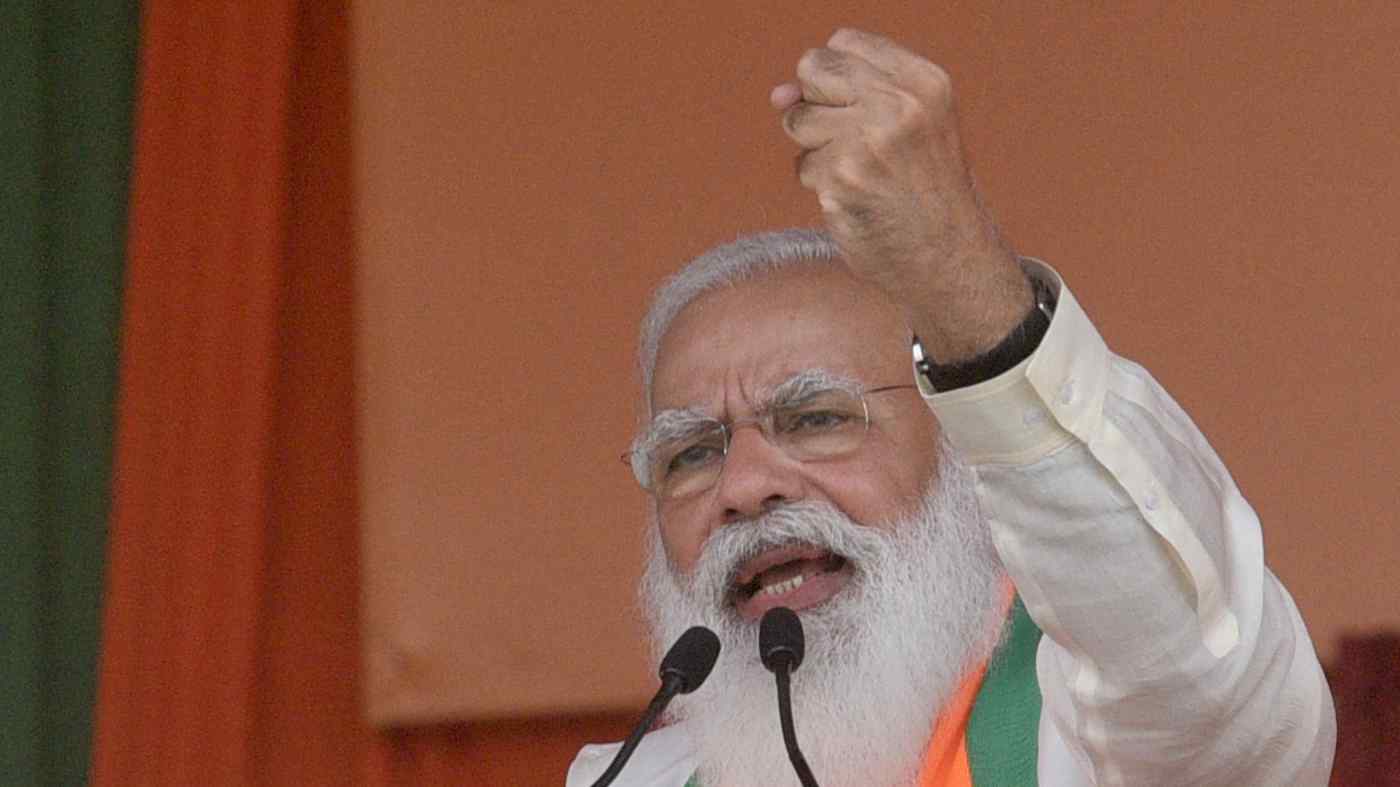 Indian strongman Narendra Modi is finally confronting a gang of detractors who will not be intimidated: bond traders.

Stock punters are plenty awed by Modi's recent budget extravaganza, and the tens of billions of dollars India pumped into banks over the last two years. The bond crowd, not so much. Yields across the maturity spectrum are edging higher, betraying the weaknesses beneath where Modinomics is dragging Asia's No. 3 economy.

A month ago, it was possible from New Delhi to point abroad. Rising U.S. Treasury rates have indeed altered the calculus for fixed-income investors. So has the bounce-back in oil prices as COVID-19 recessions wane somewhat. Now, the Reserve Bank of India has to look in the mirror as yield-curve control becomes ever more challenging.

The real problem for the RBI is the so-called bond vigilantes. This class of activist investors first rose to prominence in the 1990s during the Bill Clinton era. Back in 1993, James Carville, a top adviser to then-U.S. President Clinton, was aggrieved that bond traders provoked mini-panics in markets every time the White House hinted at increased public spending.

That prompted Carville to remark: "I used to think that if there was reincarnation, I wanted to come back as the president or the pope or as a .400 baseball hitter. But now I would like to come back as the bond market. You can intimidate everybody."

Welcome to Modi's 2021, a year in which the prime minister probably thought his biggest foes were the pandemic and recession. Turns out, the bond vigilantes are irked by Modi's assumption they would go along with his $9.5 billion budget maneuver.

Case in point: a budget deficit targeted at 6.8% of gross domestic product. That would be on top of a 9.5% gap this year, one already two percentage points beyond what bond investors had factored into portfolios.

This is creating quite the balancing dilemma for the RBI. Like most major monetary authorities, the RBI's flood-gate-opening campaign cheered stock buyers greatly. The benchmark Sensex index is up 58% over the last 12 months. India was the only major emerging economy to enjoy net foreign inflows into share markets last year.

Bonds had the opposite 2020 experience, suffering about $14 billion in foreign outflows. And this really should be getting the attention of Modi's inner circle. At the very least, it is a signal that debt punters are not falling for India's optimistic macro narrative. Instead, they fear the underlying cracks in a microeconomy Modi has barely touched. Hence 10-year yields trading near 6.3%.

No crack looms larger than festering bad-loan troubles at banks, particularly in the state sector. When S&P Global says non-performing-loan ratios are heading to 10% to 11% by the end of this month, from 7.6% in September 2020, something else is written between the lines in bold font: "from what we know about."

From their experience in Japan in the 1990s and China today, bailouts are fine but bold moves by regulators to clear away sour debt matter more. The bond vigilantes know, too, that good data and genuine transparency are hard to come by. It is task enough to discern where the financial goalposts lie in the best of times. But amid a once-in-a-generation pandemic coming a decade after a global financial crisis, bond punters fear the worst.

Nor has New Delhi's bet on trickle-down economics worked out. Modi, remember, is already on his third RBI governor. The first two were deemed insufficiently liberal with liquidity to send Mumbai shares soaring. The current one, Shaktikanta Das, is under ever-growing pressure to produce a V-shaped recovery. 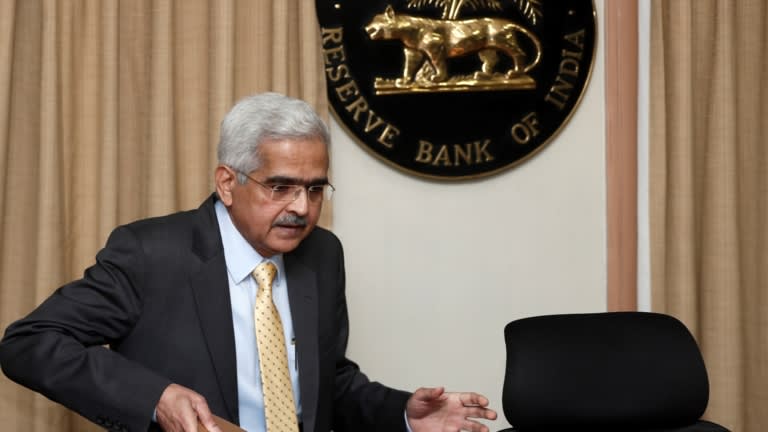 Shaktikanta Das arrives at a news conference in February 2020: the RBI governor is under ever-growing pressure to produce a V-shaped recovery.   © Reuters

Yet as Japan and the U.S. have learned, monetary easing alone is not enough. Here, there is an argument that Modi's fiscal team is keen to, as Priyanka Kishore of Oxford Economics puts it, "pick up the growth baton and ease pressure on the RBI to continue to lead the pandemic policy response."

India's dual-track stimulus binge, though, is running into structural roadblocks. Pumping tidal waves of fiscal cash and monetary credit into a dysfunctional economy is only healthy when complemented by bold steps to increase competitiveness and productivity or reduce bank-sector non-performing loans. Copious amounts of the former and too little of the latter is now backfiring with bond-market activists.

The answer, of course, is for Team Modi to take the hint and roll out a credible plan for ensuring India's deficits are a passing concern. And that steps are afoot to ensure the nation can grow its way to fiscal sobriety in short order. If not, those vigilantes who made Washington's life too difficult in the 90s may fuel a bull market for Indian trading licenses.