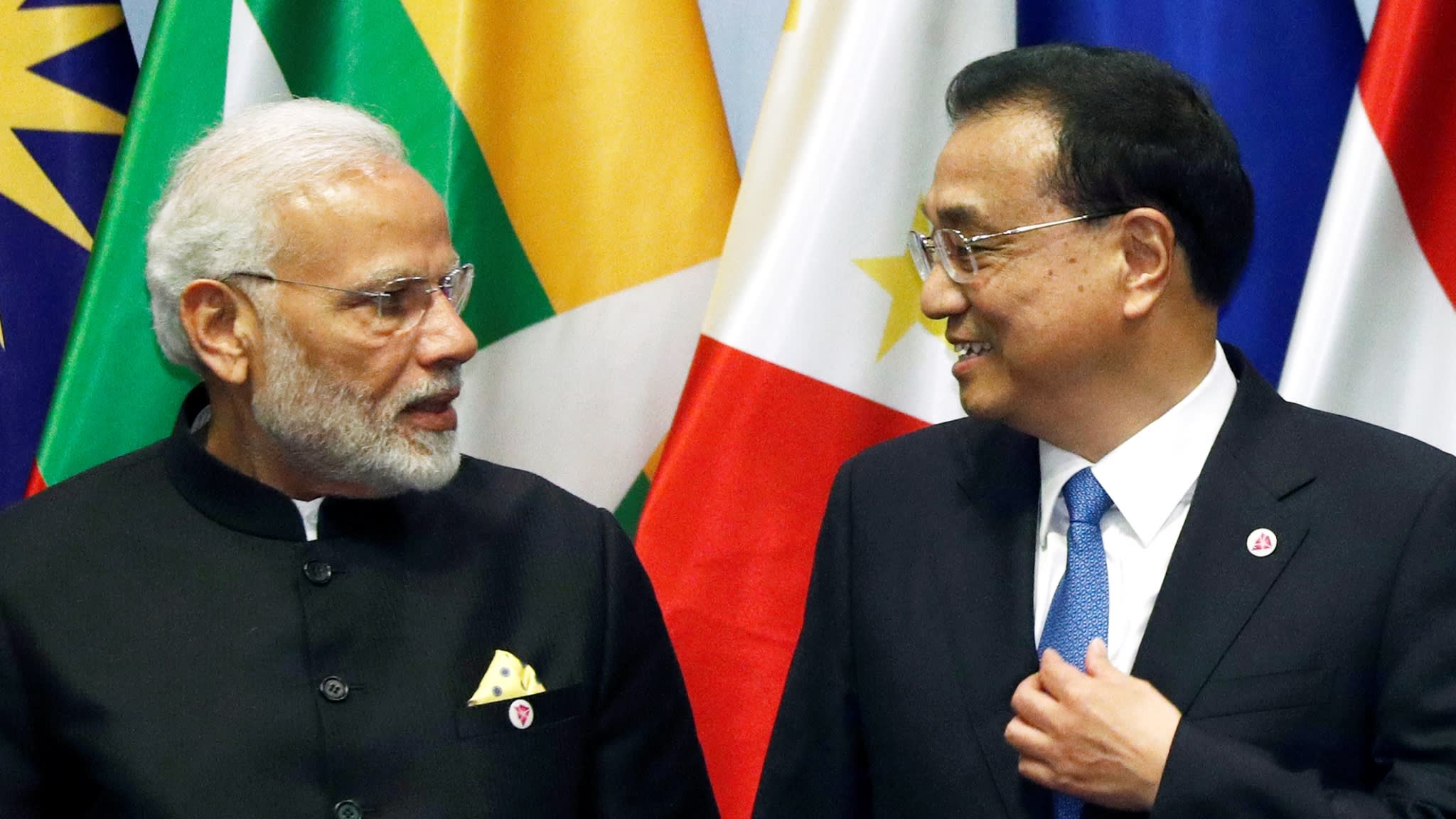 Narendra Modi speaks with Li Keqiang at the RCEP meeting in Singapore in November 2018: India needs to engage with China to protect its commercial interests.   © Reuters

India faces fierce and opposing pressures when it comes to negotiations on the Regional Comprehensive Economic Partnership -- a 16-member free trade pact comprising ASEAN, China, Japan and others.

On the one hand, other countries see it as the major obstacle because it is not letting the negotiations on RCEP conclude and are demanding it now do so.

On the other, Indian industry, struggling to compete with Chinese merchandise, is strongly opposed to freer trade with China. To make matters worse, New Delhi is clueless about how to deal with its $59 billion trade deficit with China, an economy five times as big as it by gross domestic product.

There is a way through: Narendra Modi must engage with Beijing to get a mutually beneficial trade deal. China is likely to be more accommodating to India's market access concerns given its defensiveness on Huawei, its foreign direct investment and its Belt and Road Initiative, which New Delhi can leverage to its advantage.

India has recently been taking desperate actions: the government has been raising tariff barriers and relying on safeguards and anti-dumping investigations to rein in imports of cheaper Chinese merchandise, supporting indigenous manufacturers. Protesters in India demonstrated against the RCEP agreement in May.   © Reuters

India's commerce minister Piyush Goyal skipped a recent ministerial meeting about RCEP in Beijing at the start of August. That showed India was not in hurry to let the trade negotiations conclude any sooner, despite international pressure.

With India's increasing focus on electrical vehicles and solar energy, India will be importing more solar panels and batteries, the latter to be used in electrical vehicles. Consequently, the prospects for cutting its trade deficit with China remain bleak. Thus it is not difficult to understand why India has been dragging its feet on the free trade pact.

Quitting the talks should not be an option. India needs to engage with China -- and other RCEP partners -- to protect its commercial interests, and it can use the U.S.'s hostility to Huawei supplying its fifth-generation telecom technology globally to its advantage.

Xi's pet project, the Belt and Road Initiative, offers another opportunity. BRI is facing headwinds from countries that have borrowed Chinese money to finance their extravagant infrastructure projects, meaning China can no longer depend on BRI to deploy its surplus capital and expertise in infrastructure building. Instead, it could deploy its surplus in India, still one of the fastest growing large economies.

India must somehow attract this investment, to help upgrade its roads, rail networks and ports, without officially joining BRI, which it opposes for Pakistan's role in it. Increased Chinese investment would increase Beijing's stake in India's well-being, and discourage it from encouraging Pakistan's adventurism.

RCEP countries account for a quarter of global GDP, a quarter of foreign direct investment and almost a third of world trade, according to think tank the National Institution for Transforming India. It makes sense for India to belong as trade and investment become more regional. Supply chains are now sourcing more locally and regionally than before.

Rising wages and the growing American and European boycott of Chinese investment, especially in their tech industries, will induce China to look for regional opportunities. India, given its stable government, large market size and cheaper labor, can be an attractive investment destination for Chinese outward FDI.

Moreover, India cannot ignore the potential benefit of a deeper engagement with China, which imported $2.1 trillion of goods in 2018. This is especially true when the U.S. is turning protectionist; the EU is struggling to deal with the Brexit mess; and the Middle East is troubled by its overreliance on oil.

The recent removal of India from the U.S. list of countries some of whose imports are allowed duty-free and the tightening of immigration rules will further hurt India's exports.

Thus, India has little choice but to look for alternative markets such as China. China remains the most price-competitive supplier of key industrial inputs and equipment including pharmaceutical ingredients, electronics and telecom gears. For all of these India does not have adequate domestic capacity or alternative suppliers who can match China in price or scale.

To safeguard indigenous business from the influx of Chinese imports, India needs to effectively address the internal impediments to manufacturing such as basic infrastructure, quality of regulations and red tape.

Given RCEP's market size, it can be a vehicle to double India's global export share from below 2% to 4%, needed to make India a $5 trillion economy by 2022, as Modi has declared his intention. That calls for a pragmatic approach on RCEP on the part of New Delhi.