Four reasons Narendra Modi should speed up a digital rupee 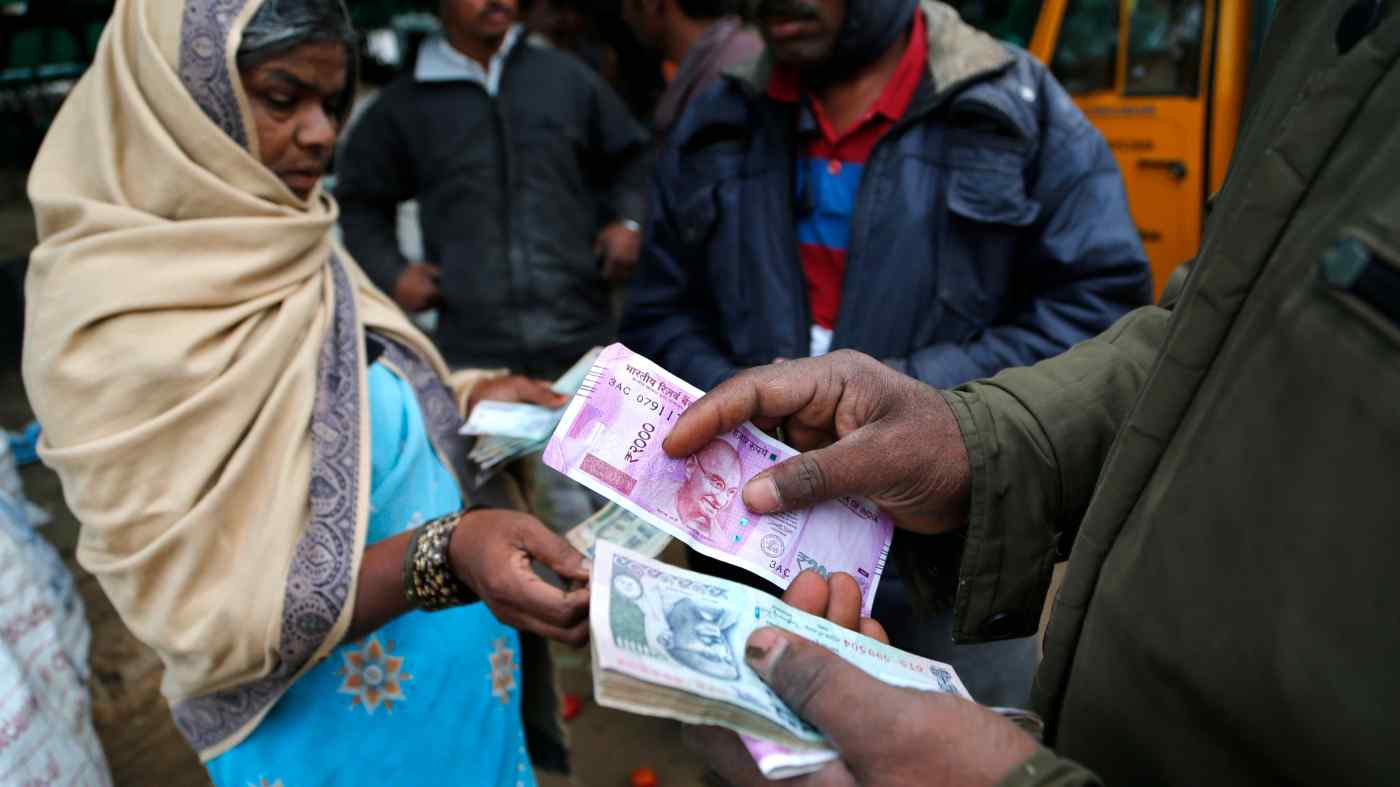 Traders transact at a wholesale vegetable market in Bangalore in December 2016: an e-rupee would do exactly what Modi hoped to achieve in 2016.   © AP
CopyCopied

As governments around the globe scramble to keep pace with China's digital currency project, it is time to worry about laggard India.

It is hard to think of a top-10 economy with more to gain from phasing out paper money. India's sprawling and cacophonous financial sector is a poster child for how a digital currency could increase efficiency, pull the unbanked masses into the system and curb tax evasion and corruption.

Why the lack of urgency in rolling out a digital rupee? Particularly when you consider China's digital yuan, or e-CNY, may be unleashed in time for use in early 2022 during the Beijing Winter Olympics.

In February, lawmakers introduced a bill to "create a facilitative framework for the creation of the official digital currency" to be issued by the Reserve Bank of India. Yet the real energy behind the legislation is a possible ban on all private cryptocurrencies.

RBI Gov. Shaktikanta Das claims the country is "very much in the game" along with roughly 75 other governments following Beijing's lead. Yet color me unimpressed by the seemingly glacial pace on the part of Narendra Modi's financial team.

Chalk it up to fear of change and losing control of the vast financial system. Dysfunction, too. Since 2014, Team Modi has talked a great game of an economic Big Bang that turned out to be a few scattered pops. And clearly, COVID-19 disruptions have been almost a full-time job all on their own.

But Modi is doing his reformist legacy a disservice by slow-walking an innovation that addresses so many of India's biggest problems. Here are four reasons to pick up the pace.

President Xi Jinping's inner circle has its own reservations about the Bitcoin, Ethereum and Dogecoin set. Beijing has been the vanguard of governments banning initial token offerings, clamping down on crypto trading and curbing electricity-heavy currency mining activity.

Yet leading the world in rolling out a central bank digital currency, or CBDC, means Beijing gets to play an outsized role in rewriting the rules of money for generations to come. Planting that financial flag means the U.S. Federal Reserve, European Central Bank and Bank of Japan will play catch-up to the People's Bank of China, never mind RBI officials in Mumbai.

China is already harnessing the digital yuan to increase its role in global payments, finance and startups that form the next wave of fintech unicorns. India may find itself chronically behind in the economic race that matters most.

In 2016, Modi took a Hail Mary pass at eradicating tax evasion and graft that went spectacularly awry. That November, New Delhi suddenly moved to swap out old high-denomination bills for new ones, forcing those with suitcases full of black money into the light.

That audacious move against India's huge shadow economy backfired. It caused chaos, increased suicide rates and cratered economic growth. An e-rupee would do exactly what Modi hoped to achieve in 2016. Anonymity would vanish and with it the ability of crooks, terrorists and tax cheats to do their worst.

China's digital currency is not blockchain-based. So, bad actors cannot use an M.C. Escher-like universe of trap doors, ladders and encryption to evade scrutiny. On Modi's watch, India has fallen 10 rungs in Transparency International's corruption index -- it is now 86th compared with the 76th place ranking he inherited. A digital rupee could flip the script virtually overnight.

Modi's economy is the globe's most reliant on people working abroad and sending hard currency back home. This makes India, Indonesia, the Philippines and elsewhere uniquely vulnerable during a pandemic. It is also extraordinarily expensive as remittance companies -- and unscrupulous money-changers -- take cuts via transaction fees. 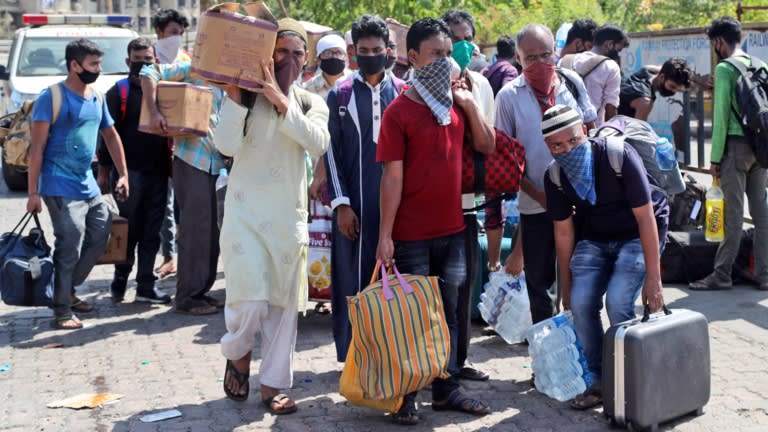 Indian migrant workers wait outside a railway station in Mumbai to catch a train to return to their home states in May 2020: Modi's economy is the globe's most reliant on people working abroad.   © AP

Imagine the cost savings, accelerated speed and increased efficiencies of spiriting via an RBI smartphone app denominated in a digital currency that does not gyrate in value.

India's labyrinthine gray economy only serves itself. A digital rupee cuts several layers of middlemen out of the process. Every $20 or $100 saved is money for families to invest in health care, education, housing, you name it. Modernizing the remittances piece alone could narrow inequality overnight.

Central banks have been grappling with traction problems since 2008 when quantitative easing became the norm. India has an added problem: state banks plagued by bad loans that undermine the entire credit system.

As policymakers from Mumbai to Washington push further into the monetary unknown, stimulus has less and less potency. Along with being expensive to make, maintain, defend and track, paper money is terribly inefficient. It can sit idle under beds, carpets, tatami mats -- and in steamer trunks -- indefinitely.

Digital tools will enable central bankers to manipulate real interest rates to increase firepower. The RBI could levy penalties for excess savings, top-up electronic accounts or deploy other inducements to boost consumption with fewer inflation risks. If credit card companies and payment apps can do it, imagine what a top central bank can accomplish.

It is fine for India to ban private crypto assets. Judging by the latest Basel Committee on Banking Supervision action -- lumping Bitcoin among the riskiest of all assets -- New Delhi may soon have lots of company. But it is high time India got serious about putting its money where its true needs are.