India versus Pakistan -- on the brink

In the last few weeks, the world came close to a war in South Asia which had the potential to affect the entire region and beyond.

The India-Pakistan conflict is in several ways unique, but what really sets it apart is the possibility of a nuclear exchange.

Nowhere else in the world do two hostile nuclear-armed neighbors frequently engage in cross-border fire -- fire, which carries the risk of escalation, as we can presently witness with bated breath.

In a hostile environment, the risks associated with provocative behavior should never be underestimated. The last time both sides came this close to war was in the wake of the 2001 attack on the Indian Parliament by Kashmiri militants. Both militaries had mobilized, standing eyeball to eyeball, with political control of the war passed to the military high command.

At the time I was a serving brigadier general in the Pakistan Army commanding an armored brigade of around 4,000 men in the central part of the country. I know only too well how, in such instances, a small miscalculation from either side could have sparked an all-out war. Thankfully, after several months of deployment, India demobilized, followed by Pakistan.

At the heart of the conflict is a dispute over the mountainous Kashmir region, which lies on both sides of the line of control, the de facto border.

The recent standoff can be compared with the 1999 conflict at Kargil, where fighting remained confined to Kashmir, which in any case sees regular cross-border skirmishes.

India is attempting to replicate this limited-war approach now and even take it a notch further by attacking deep inside Pakistan -- as it did with the Feb. 27 air raid on the alleged militant camp near Abbottabad.

The consequences for such a misadventure by India could be devastating as Pakistan has reiterated that it retains the right to respond with "full spectrum deterrence" -- a euphemism for use of nuclear weapons, if the conflict expands beyond Kashmir region.

Pakistan must take this approach because, as the smaller country, it would be at a disadvantage in a full-blown conventional war.

India, despite its growing global influence, should understand that it is not a superpower that can violate Pakistan's sovereignty without evoking an adequate response.

Kashmir is rightly called the unfinished agenda of the 1947 Partition of the two countries. The United Nations Security Council in a 1948 resolution called for a plebiscite to decide which country Muslim-majority Kashmir should join. However, India refuses any foreign intervention and has declared the three-quarters of Kashmir that it occupies an integral part of India.

Since 1989, India has been facing violent protests, called the Kashmiri Intifada or uprising, which it blames on Pakistan. Islamabad denies giving any active cross-border support for militants though it says it does give political, diplomatic and moral support for Kashmir's right to self-determination.

India today has around 700,000 troops deployed in Kashmir to crush the freedom struggle and stop the alleged cross-border militant movement. However, the few independent observers of the region state that the freedom movement and its armed militant shadow are local.

The home-grown freedom struggle was given a boost in 2014 when the right wing Hindu nationalist Bharatiya Janata Party came to power in India and was further fueled by New Delhi's increased repressive measures against Kashmiris.

The killing of Burhan Wani, a popular symbol of Kashmiris' resistance, by the Indian forces, in 2016 sparked the latest 'Intifada'. Instead of soothing the anger, India came down hard: hundreds of protesters were killed, thousands blinded by pellet guns and scores disappeared. Since then, there has been no letup in violence.

It is in this context that the Pulwama attack, in which 40 Indian paramilitaries were killed in a suicide bombing on Feb. 14, and the following escalation must be analyzed.

The timing is important. India's general elections are due in May where Prime Minister Narendra Modi's BJP is expected to see his grip on power weakened.

It appears Modi saw an opportunity in the Pulwama attack to divert attention from his government's domestic failures, blame the bombing on cross-border militants, and give a carte blanche to the Indian military to respond.

India now claims, with its air attack deep inside Pakistan, to have hit a training camp of the Jaish-e-Mohammad (JeM) militant group, which took responsibility for Pulwama. New Delhi probably thought that with the international community sympathetic to its so-called "non-military pre-emptive" attack, Pakistan would not respond.

That was a miscalculation. Pakistan's anti-India sentiment, especially in times of conflict, is strong. There was, and may still be, a strong chance that Modi's so-called calculated risk was in fact a reckless gamble with a billion-plus lives at stake.

However, Pakistan's subsequent downing of an Indian jet and the capture-and-release of its pilot, seems to have defused the situation somewhat, at least temporarily.

But, all is not quiet. Since the pilot's release on March 1, cross-border shelling across the line of control continues. Though such skirmishes are common, in the present environment any incident with significant casualties can evoke an even bigger response from either side bringing the world closer to nuclear war.

The international community, headed by the U.N., must intervene to defuse the tension. The Indian assault on Pakistan needs to be condemned as a violation of sovereignty. Both sides should exercise restraint and adhere to the agreed cease-fire along the line of control. Pakistan has said it will act against JeM and any other domestic group involved in terrorism, if New Delhi provides evidence. India has recently provided a dossier on JeM's involvement in the Pulwama attack. This is a good starting point. Pakistan must ensure that it takes decisive action against JeM and other proscribed militant outfits.

Kashmir has dominated India-Pakistan relations for over seven decades and contributed to war and violence, with a significant human cost on all sides. Yet the international community has not yet tried to resolve the issue. One can only pray that it does not take a mushroom cloud for global powers to finally focus on the world's most dangerous conflict. 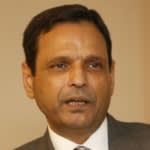